Chase Elliott collected his fourth top-five finish of the season on Sunday at Kansas Speedway. The driver of the No. 9 has finished sixth or better in five of the past six Kansas races. 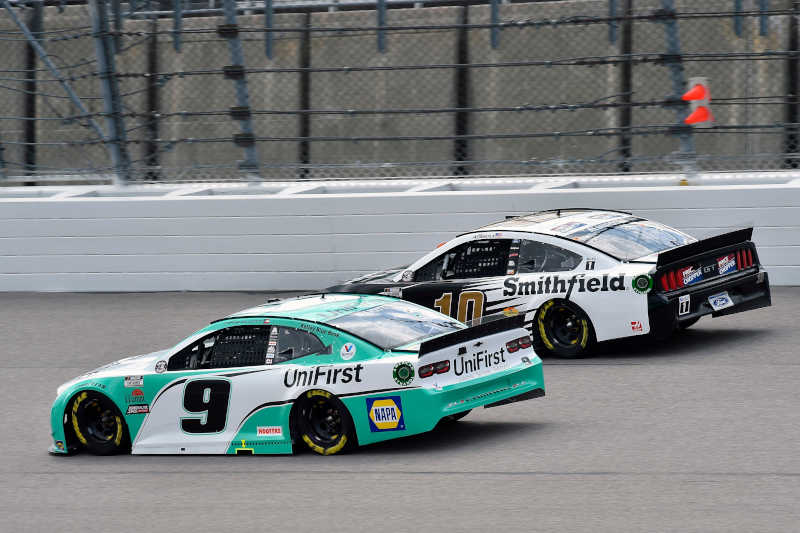 Elliott rolled off the grid 17th for Sunday’s NASCAR Cup Series race. By the time the competition caution waved on Lap 26, he had entered the top ten. A quick pit stop by the UniFirst team gained Elliott two positions on pit road and put him eighth for a Lap-31 restart. The 25-year-old driver continued to steadily climb his way up the leaderboard and made a pass to take over sixth on the final lap of Stage 1. 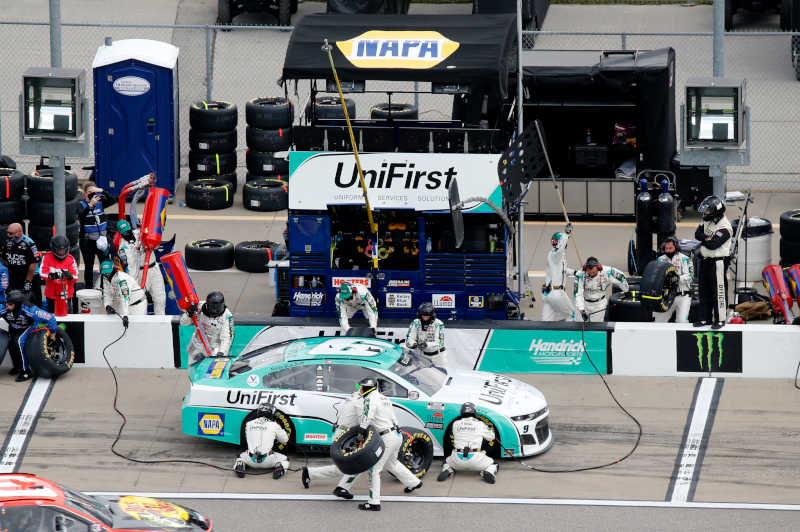 During the stage break, the No. 9 team produced another solid pit stop and Elliott lined up fifth to begin Stage 2. He briefly dropped one spot to sixth but rejoined the top five by Lap 100. Elliott reported that the UniFirst Chevrolet was too loose as he continued to run fifth before making a scheduled green-flag pit stop on Lap 119. As the entire field cycled through their pit stops, the No. 9 Chevy returned to the fifth position, and Elliott held that spot through the end of the second stage. 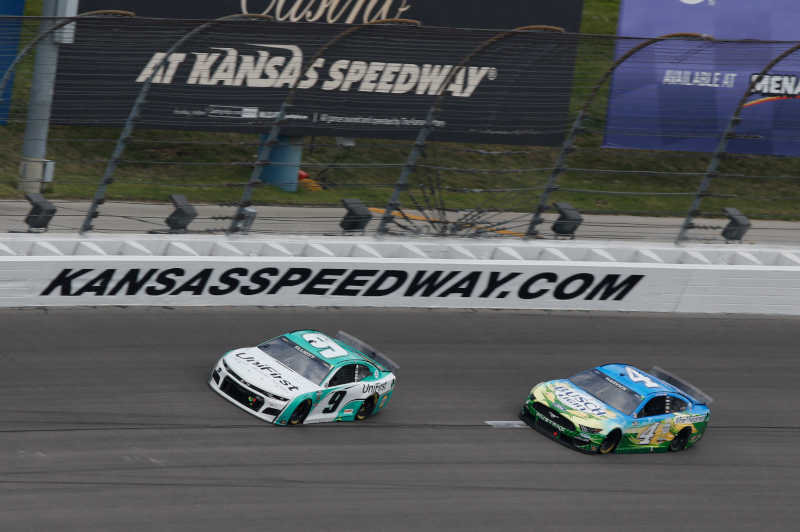 The UniFirst team elected to pit during the stage break and restarted seventh on Lap 168. Elliott found himself shuffled back to 13th after he was caught in the middle of a three-wide situation. He reestablished his momentum and eventually returned to the top ten on Lap 196. On Lap 211, Elliott made a green-flag pit stop and was scored ninth when the caution flag waved on Lap 228. 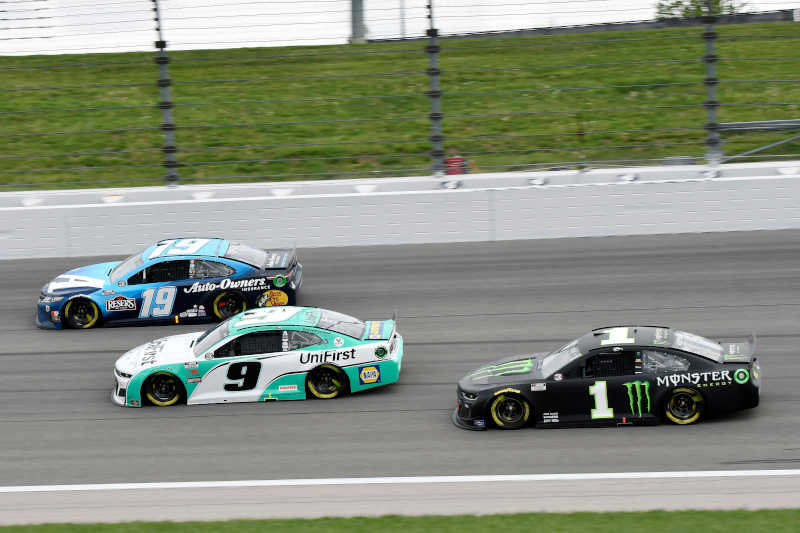 The Dawsonville, Georgia, native lined up sixth for the ensuing restart on Lap 236. Elliott’s lane checked up on the restart and the UniFirst Chevy slipped to tenth with less than 30 laps to go in the race. He quickly rallied to sixth before another caution was displayed. The UniFirst team elected to pit for fresh tires and Elliott restarted tenth with 22 laps remaining. With several lead cars opting not to pit, the No. 9 driver was able to utilize his fresher tires to surge into the top five before a string of cautions slowed the race. 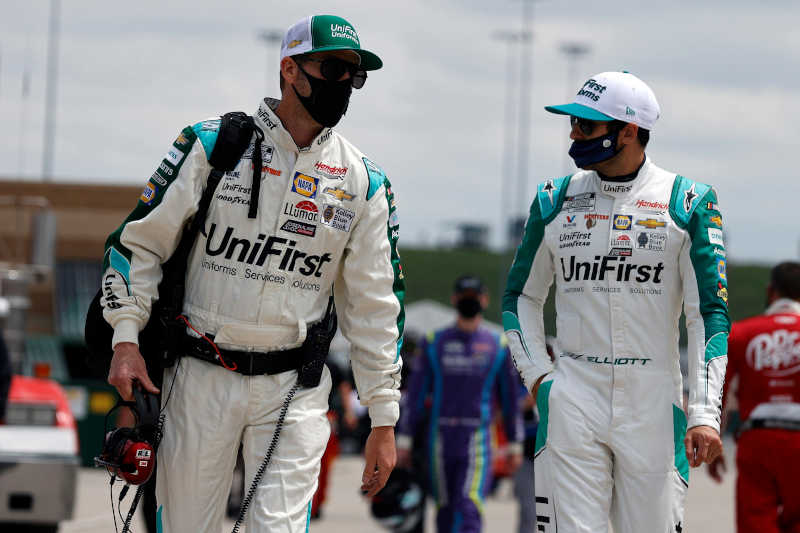 Elliott restarted sixth with two laps to go and was able to maneuver his way back up to fifth on the final lap to claim his fourth top-five finish of the season.