High temperatures and thin air at the Dodge Mile-High NHRA Nationals in suburban Denver couldn’t deter Ron Capps and the NAPA AUTO PARTS Funny Car team as they captured their seventh consecutive top-half qualifying position. Starting from the No. 4 spot, Capps began his race day with a round one victory before falling to Bob Tasca III in round two. Capps maintains his ‘top five’ ranking heading into Sonoma, Calif. for the next event on the Western Swing. 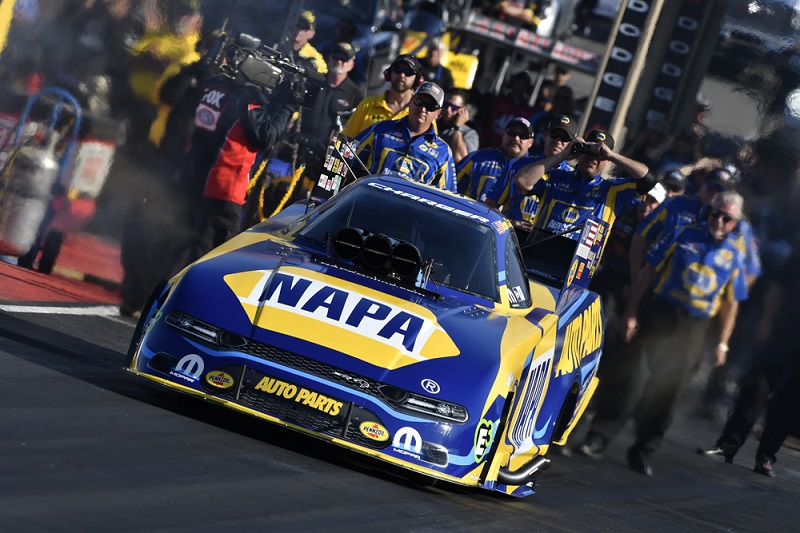 While other teams struggled with the challenges presented by the altitude on ‘Thunder Mountain’ at Bandimere Speedway, the suburban Denver venue that sits a mile above sea level, Capps and the NAPA team successfully recorded the second-quickest Funny Car pass of the day on Friday. Despite being one of four cars to miss out on an opportunity to make the final qualifying run due to inclement weather on Saturday, Capps and the Rahn Tobler-led NAPA team earned their seventh consecutive top-seeded starting position by qualifying in the No. 4 spot. 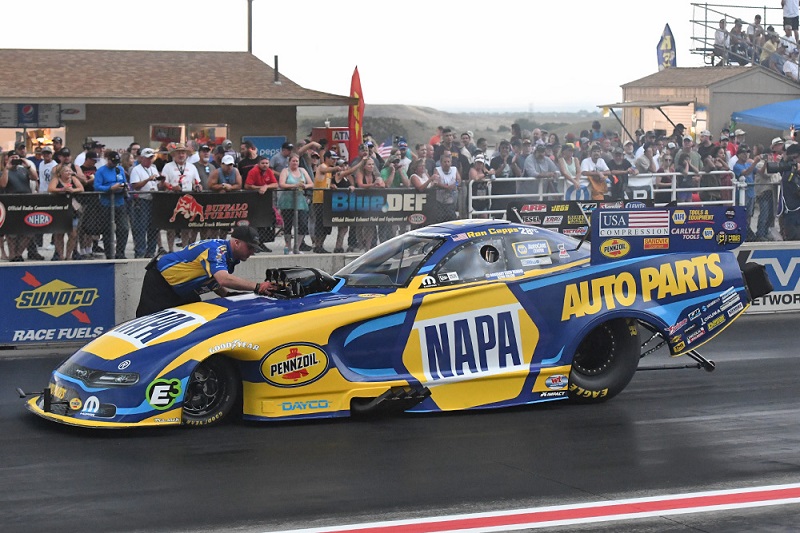 As the 2018 Dodge Mile-High Nationals runner-up, Capps and the NAPA team were looking to go one step further and seal the deal on Sunday. Capps began his race day with a first-round matchup versus Todd Simpson. The two-time 2019 winner powered the NAPA AUTO PARTS Dodge Charger SRT Hellcat down the track in 4.078 seconds at 309.91-mph to dispatch Simpson and advance to round two. Against Bob Tasca III, Capps nabbed the early lead, but a mechanical malfunction caused his machine to slow, and his opponent was able to drive around for the win, ending Capps’ day at the quarterfinals. 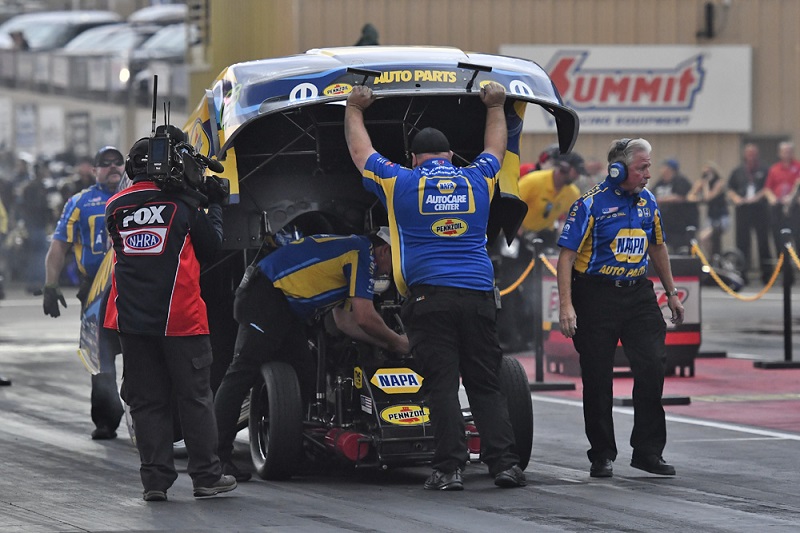 “Tobler will pour over the data and see what happened, but the thing is, you leave here and throw that data away for a year and get ready for Sonoma,” Capps said of the unique tune-up parameters crew chiefs must adopt in order to be successful in the mile-high altitude. 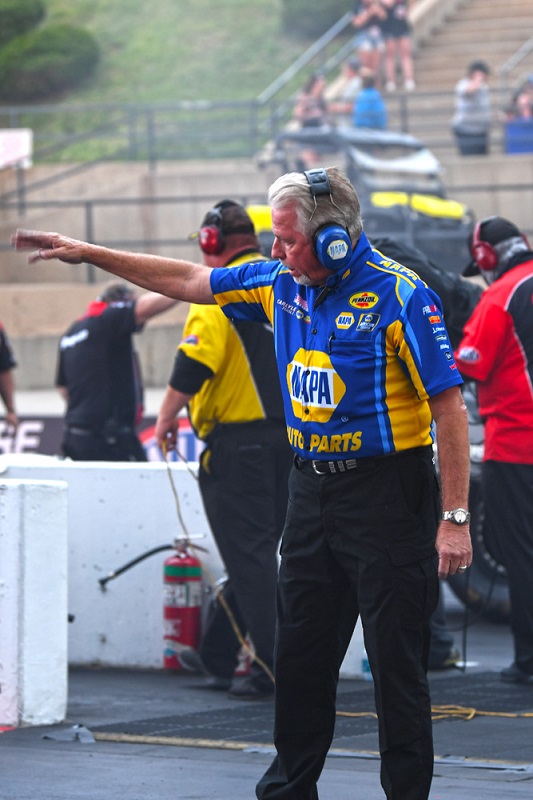 “This is such a hard place to do well at, and when you do go to the final round like we did last year, you feel that much better about conquering this mountain. It’s that tough racing here at Bandimere. We had a great first round and didn’t want to beat ourselves and unfortunately, we lost lane choice to (Bob) Tasca for the quarterfinals. But, the lane wasn’t an issue, the clutch might have grabbed the motor a little more than Tobler wanted it to, and you can’t make a mistake against a team that’s as good as Tasca is right now. We’re going to Sonoma, and that’s maybe my favorite track, and I can’t wait.” 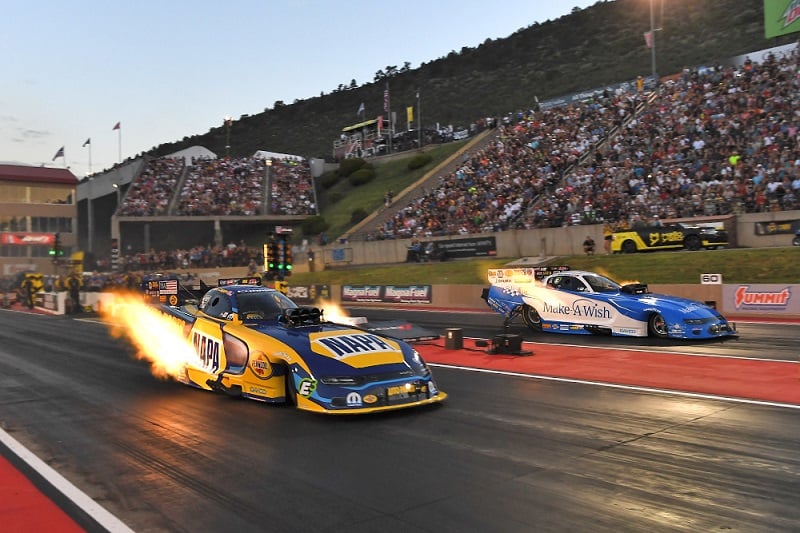 The Dodge Mile-High Nationals marked event No. 1 of the grueling three-race Western Swing, which includes stops in Denver, Sonoma, Calif. and Seattle. Capps and the NAPA team leave Denver having maintained their ‘top five’ ranking and will return to competition in less than five days as they embark on qualifying for the NHRA Sonoma Nationals. 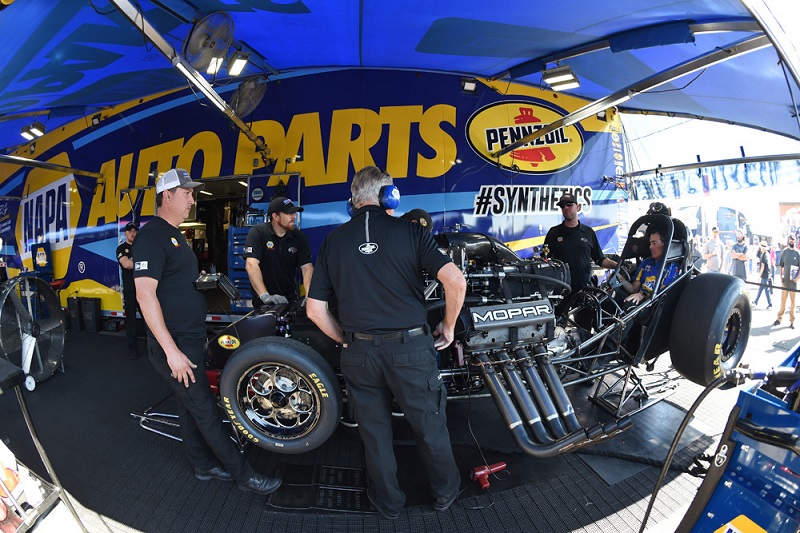