Ron Capps and the NAPA AUTO PARTS Funny Car team continued their on-track dominance during qualifying at the NHRA Nationals at Brainerd International Raceway. The NAPA team earned four bonus points and their session-best Q4 pass awarded them a No. 2 qualifying spot. Unfortunately, Capps suffered an upset loss in round one, but was able to retain his No. 2 Countdown to the Championship ranking leaving Brainerd.

Fresh off of his 60th NHRA win and three consecutive final round appearances, Capps entered the NHRA Brainerd event seeking his sixth Brainerd International Raceway Funny Car title. Capps and the team’s dominance continued throughout qualifying for the 37th running of the Minnesota race. Four solid passes, including a session-best Q4 run, earned the NAPA team a starting position from the No. 2 spot on Sunday. 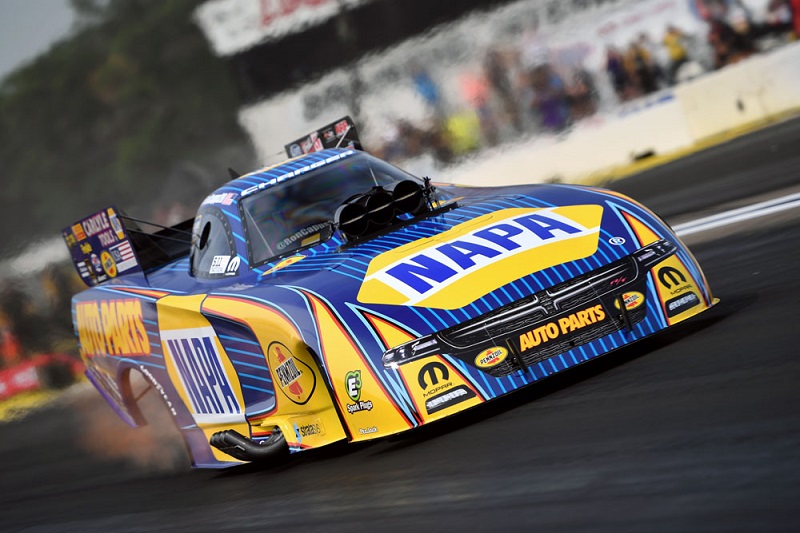 In round one of eliminations, Capps faced Countdown hopeful Jonnie Lindberg. Capps had the advantage at the starting line and held the lead until just past halftrack when his NAPA Dodge made a hard move toward the centerline followed by an engine explosion, allowing Lindberg to claim the round win.

“I’ve been driving 22 years and a first-round loss like that hurts just as bad as it did during my rookie year in Funny Car,” said the 2016 Funny Car world champion. “I let the car get to the inside of the groove and I feel like I was at fault. After you’ve gone through Friday and Saturday and feel how good your car is running underneath you, you really feel like you have a great chance at standing up there in the winner’s circle at the end of the day. And if not that, you plan to at least go rounds. It’s a disappointment, but that’s what these Funny Cars are all about. They’re so unpredictable and you have to be so on top of them. You have to be ready for anything at all times.” 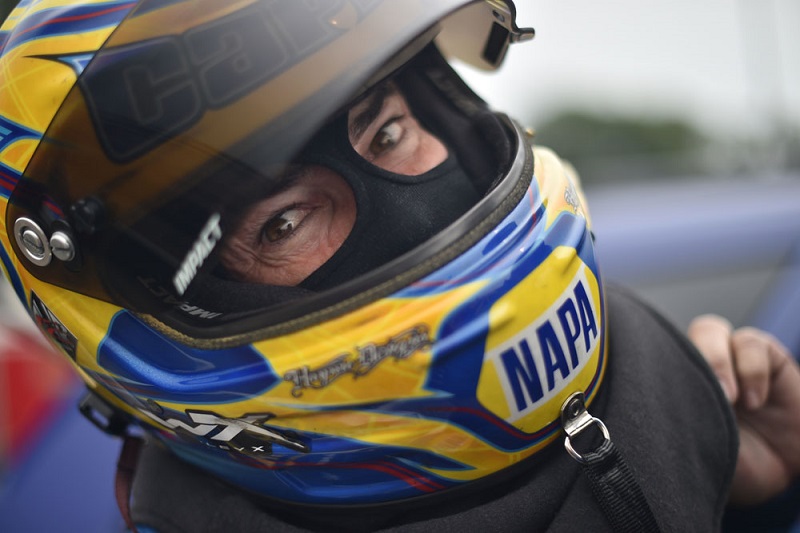 Capps won’t have to wait long before he gets to stand on the gas again. The NAPA AUTO PARTS Funny Car team will take to the track later this week for the annual pre-U.S. Nationals Indianapolis test session on August 23-24. Despite the first-round loss, Capps retained his No. 2 Countdown to the Championship ranking leaving Brainerd and is looking forward to using the test session to get into the best possible position entering the Indianapolis race and Countdown to the Championship. 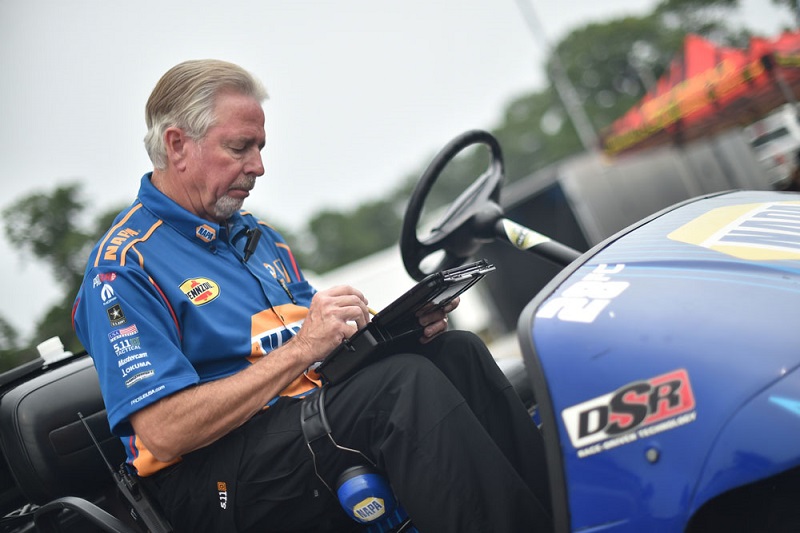 “I’m lucky I can jump back in the car this Thursday during our Indy test session. After a letdown here in Brainerd, I’m looking forward to getting right back in the car a few days later. It’s extra exciting this year because we’re going to test out some new aerodynamic things with Dodge. Again, we’ve got such a great car and we’re looking so good for the Countdown.”

NAPA Know How Blog Capps Bows Out Early in Brainerd