Brad Sweet salvaged a top-five finish in Grand Forks after a late-race spin in the first of two back-to-back World of Outlaws events in North Dakota.

After a much-needed break following the incredible win at the Knoxville Nationals, the NAPA AUTO PARTS team headed north to Grand Forks, ND, for the second trip there of the year. With 29 cars signed into the event, Sweet went out quick time and was the night’s overall fastest qualifier. This lined up the No. 49 team on the pole of the first heat race. 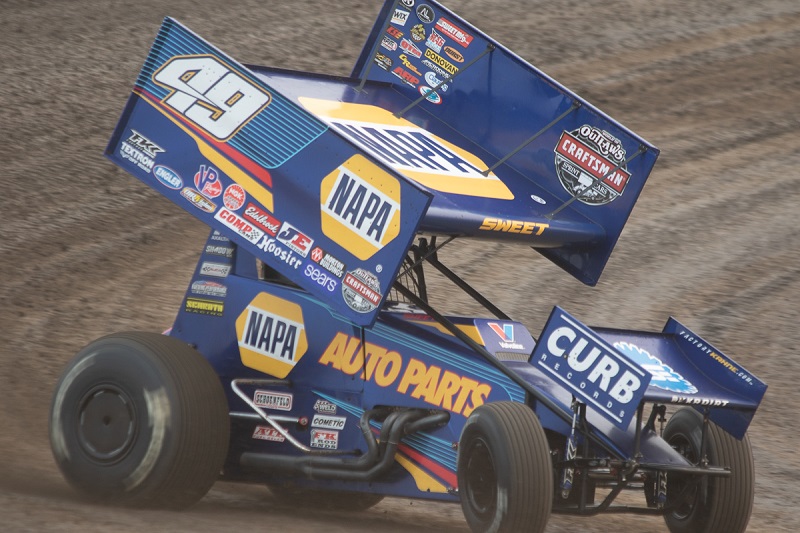 With a goal of finishing the ten-lap heat race in the top two, Sweet went on to win, locking himself into the dash. Lining up on the pole of the six-lap dash, Sweet drag raced with a fellow competitor for the first lap, eventually settling for the second-place position.

The field was set for the 40-lap feature race around the River Cities Speedway. Sweet jumped to an early lead and quickly make his way into lapped traffic. On lap 28, Sweet felt the heat and pressure from Donny Schatz, and while running the bottom, his car got loose and spun. Restarting at the tail end of the field, Sweet would had just 12 laps to make some moves. It didn’t take him long as he powered to a fifth-place finish at the checkered flag. 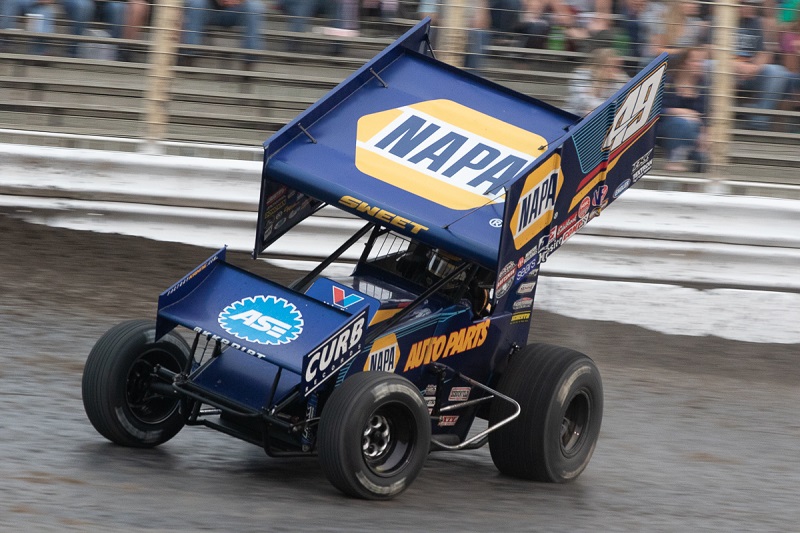 Next up for the No. 49 NAPA AUTO PARTS team was Red River Valley Speedway, located in West Fargo, ND. With 27 cars signed into the World of Outlaws event, Sweet went out late to qualify and ended up in the 15th spot. This lined Sweet up in the fifth starting spot in the third heat race. 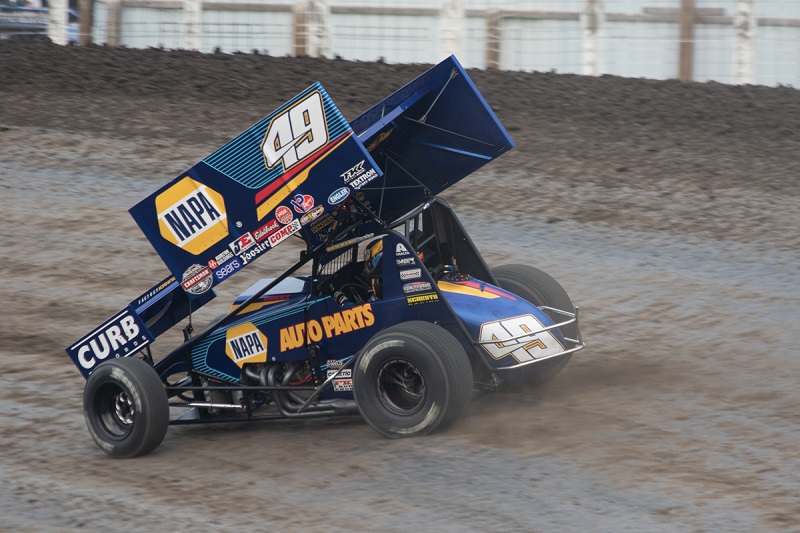 The No. 49 team had eight laps to make their way to the top two and earn a place in the dash. The NAPA AUTO PARTS team gained two spots within the first two laps and was on the hunt for the second-place position. With the laps winding down and the field spreading out, Sweet finished in the third spot and
secured a ninth-position start for the A Main.

Sweet fell back early to the 15th spot, but after his tires warmed up, made his way into the top ten. On lap 19, Sweet encountered an issue that sent him into the work area. The NAPA AUTO PARTS team
restarted 23rd with 11 laps remaining to move forward. With little time left and the track surface going away, Sweet finished in the 15th position. 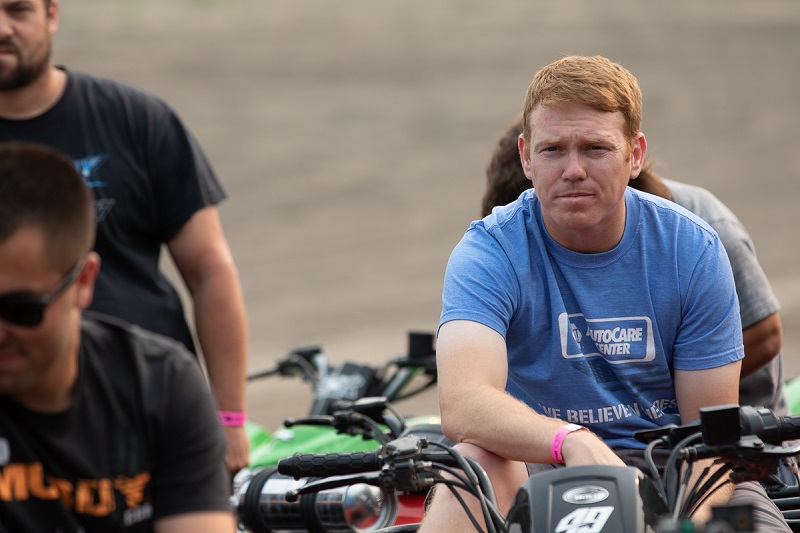 “Not the weekend we were looking for up here in North Dakota,” Sweet said after finishing Saturday night’s race in West Fargo. “But we will go back and look at the notes and figure out where to go from here. We’re ready to make our way towards the West Coast, on tracks I grew up racing.”