After racing to victory at the most recent event on the NHRA tour, Ron Capps entered the Thunder Valley Nationals looking to go back-to-back with consecutive Sunday wins, and add to his record five Bristol Dragway Funny Car triumphs. 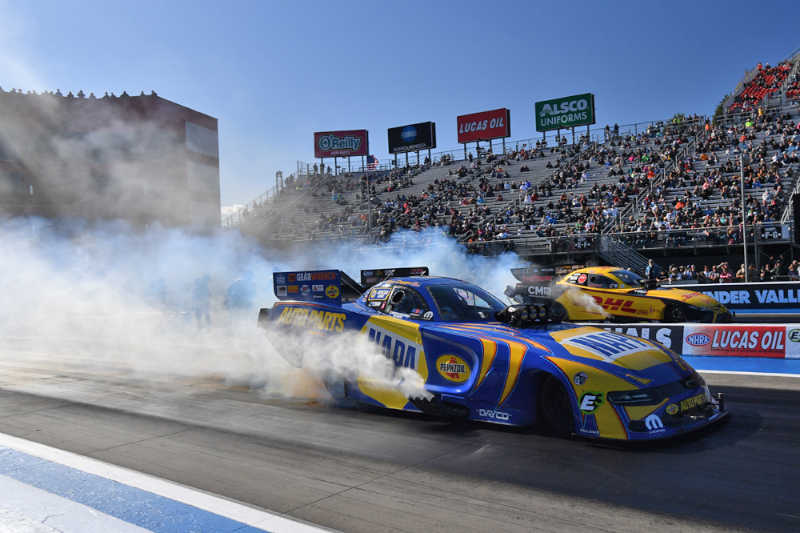 Capps led Don Schumacher Racing in qualifying by clocking the second-quickest Funny Car pass on Saturday to earn two bonus points and the No. 2 spot on the eliminations ladder. The 2016 Funny Car world champion started Sunday with a round-one victory over Blake Alexander to setup a quarterfinal meeting with fellow championship-chaser Cruz Pedregon in round two. Capps launched to the early lead and drove the NAPA AUTO PARTS Dodge Funny Car to a 3.919 E.T. to defeat Pedregon’s 3.920-second effort in a close side-by-side race. By winning his 800th competition round, Capps moved into the point lead ahead of teammate Matt Hagan, and earned a bid to the semifinals for the 10th time in 2021. 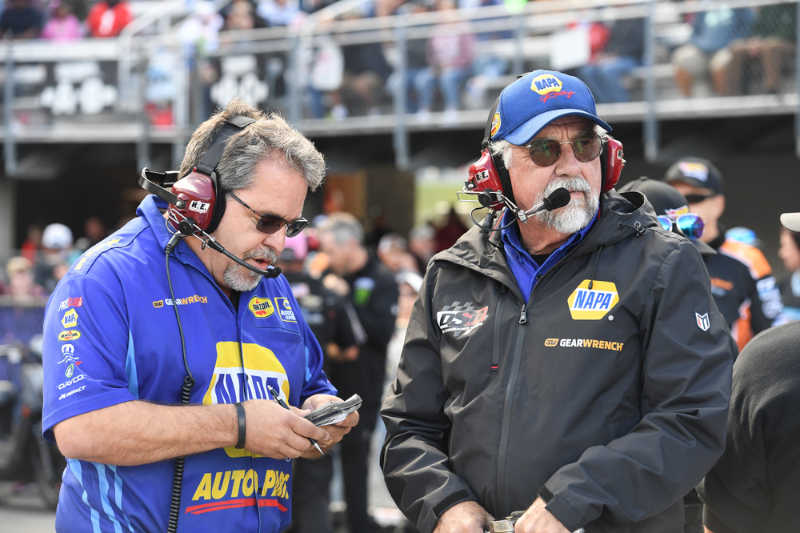 The semifinal round featured a match-up between Capps and another championship challenger, J.R. Todd. Once again, Capps notched the starting line advantage but his 11,000-horsepower machine started drifting over toward the centerline and hit a timing block while Todd crossed the finish line stripe for the win. The centerline infraction, Capps’ first of the year, cost him five points but he maintained the Funny Car points lead and departs Bristol, Tenn., with a one-point margin over Hagan. 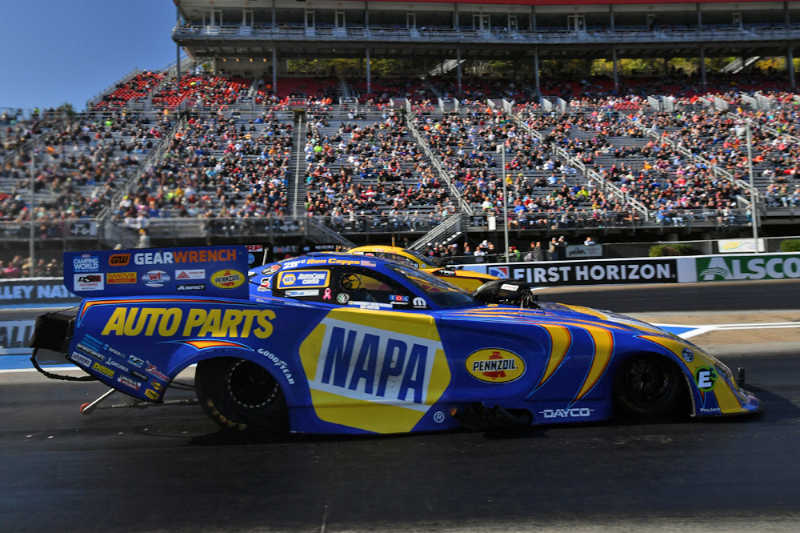 “This is an all-out battle. We talk about the Countdown to the Championship and talk about how much tighter it seems this year,” Capps said. “A lot of press people and media were saying it’s just Matt Hagan and me still in the hunt, and I’m quick to caution everyone because there are so many other cars who can step up and run great and we’ve seen that today with J.R. Todd and that DHL team and Alexis DeJoria. J.R. beat Matt first round and knocked us out in the semis. By no means, especially with Pomona (Calif.) being points-and-a-half, is this thing over. We wanted to grab more points while we were here at Bristol this weekend. The good thing is, we lead the points going into Vegas. It’s almost even. We’re having so much fun and we still have such a great NAPA hot rod and we showed that with qualifying second and making three solid, consistent laps. I’m excited about going to Vegas.” 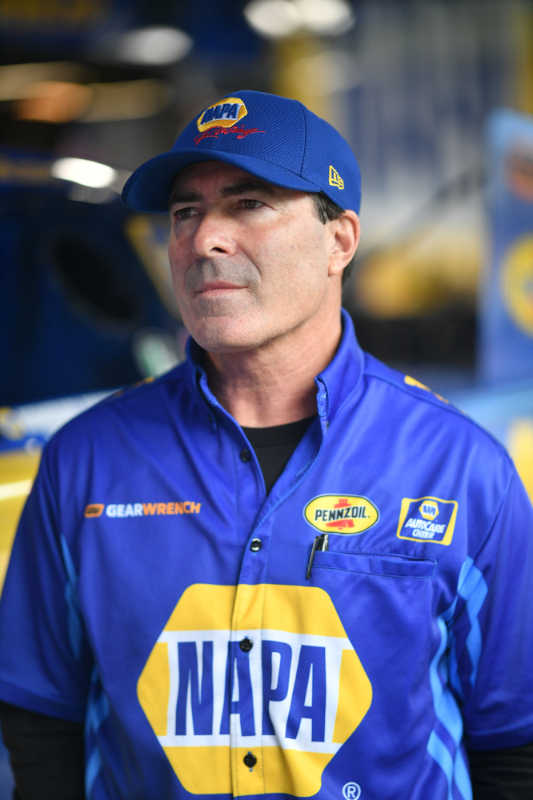