Chase Elliott and the Kelley Blue Book team kicked off the Round of 8 with a seventh-place finish at Texas Motor Speedway on Sunday afternoon. Elliott currently sits fifth in the playoff standings, eight points below the cutline. 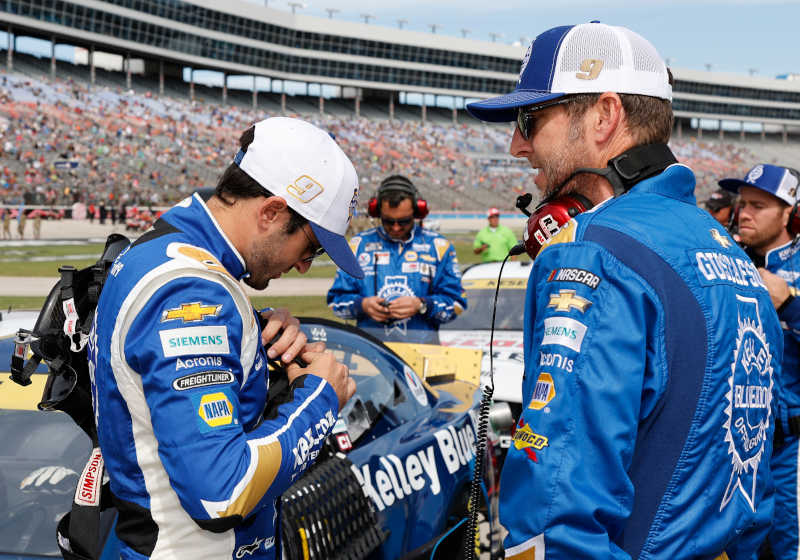 Elliott started Sunday’s NASCAR Cup Series race from the rear of the field after an issue with pre-race inspection. He wasted no time making his way through the field and was running in the top 20 by lap five. When the competition caution came out on lap 26, the No. 9 Kelley Blue Book team was up to 13th. After pitting for four tires and fuel, Elliott restarted 11th. The driver of the No. 9 quickly overtook tenth before another quick caution. Following the restart, Elliott rocketed up to sixth by lap 49 and eventually made his way into the top five. Elliott remained in the top five until lap 96 when he had to make a green-flag pit stop for fuel. The driver of the No. 9 ended up eighth when stage one concluded on lap 105.

After battling tight-handling conditions for much for the first segment, Elliott reported he needed his Kelley Blue Book Chevrolet to be freed up. He visited pit road for four fresh tires, fuel, and tape on the nose. Elliott lined up fifth for the start of stage two and danced around the top ten until he began to report a vibration. As the vibration progressed, crew chief Alan Gustafson called Elliott to pit road as the KBB.com team entered their pit window and was able to catch the right-front tire going flat before any damage was done. A caution on lap 166 trapped Elliott one lap down in 20th, but he was able to take the wave around to rejoin the lead lap for the ensuing restart. He was scored 15th when the second stage ended on lap 210. 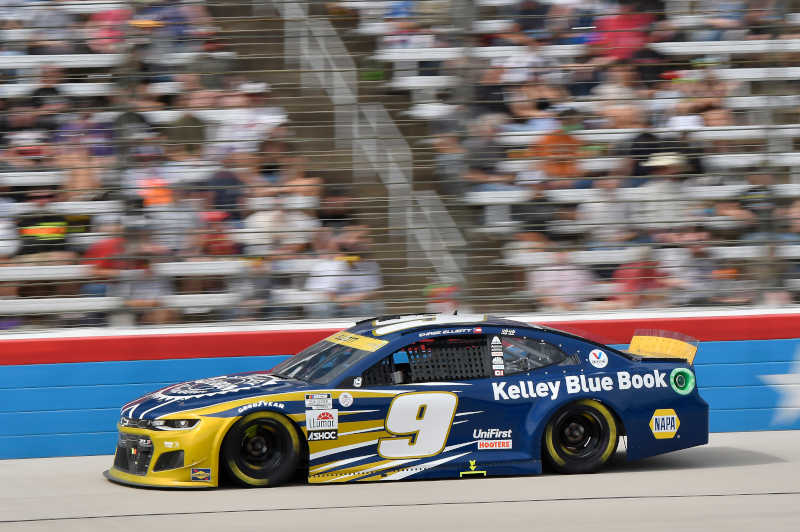 During the stage break, the Kelley Blue Book team pitted to make extensive changes to the Chevrolet Camaro. Elliott restarted 12th and edged his way back inside the top ten on lap 246. A caution on lap 273 brought Elliott and the other leaders to pit road. After restarting ninth, the KBB.com driver got loose and dropped to 13th. He quickly recovered and was back up to seventh before the caution waved again on lap 299. 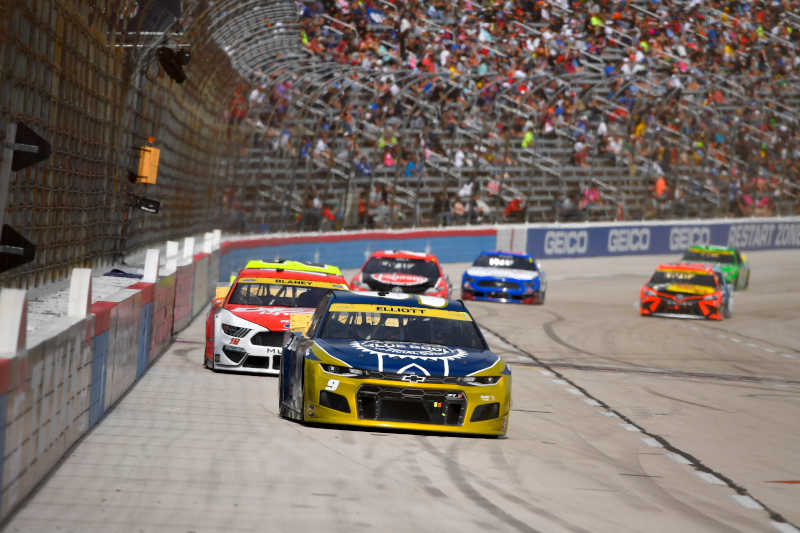 Another round of pit stops put Elliott 13th when racing resumed. He moved back up to 11th before the race was red flagged because of an accident on the restart. 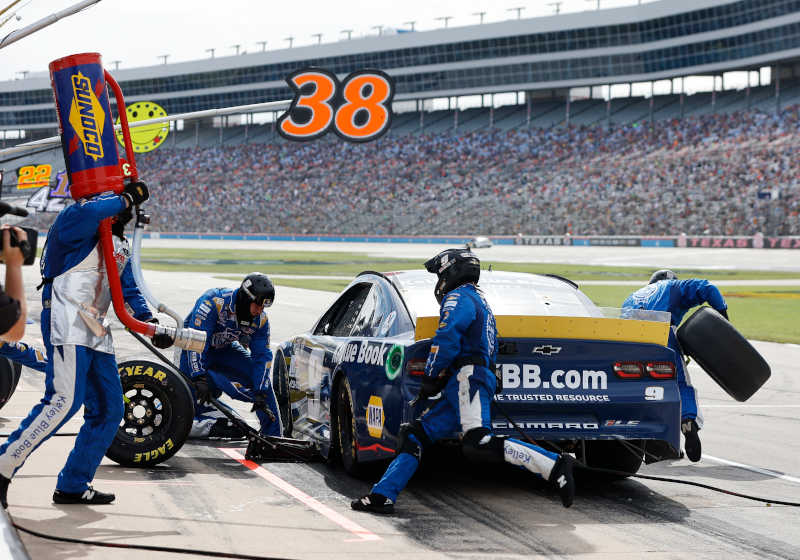 When the race resumed, Elliott battled for tenth but was unable to claim the spot before a caution on lap 314. He remained in that position for the restart and grabbed ninth before several cautions slowed his progress. On the final restart with two laps to go, Elliott jumped to seventh where he ultimately ended the race. 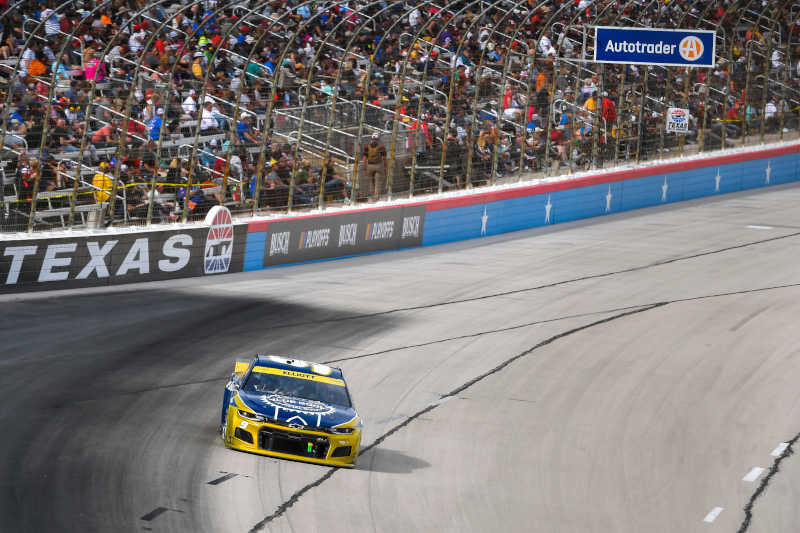 The No. 9 team is currently fifth in the playoff standings as the NASCAR Cup Series heads to the second race of the Round of 8 next Sunday at Kansas Speedway. 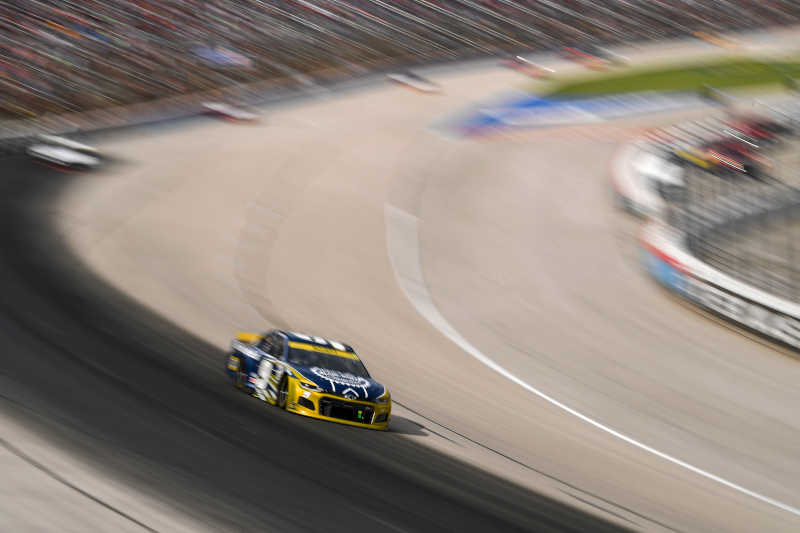 “I appreciate everybody continuing to fight through the day and get our car a lot better,” Elliott said. “I thought by the end, we were decent. Just by that point, obviously, it was too late. I had another one (right-front tire) vibrate again after that, so I’m not really sure what we had going on there. I’m still currently confused. So, we’ll see. But congrats to Kyle (Larson, race winner). Hopefully we can join those guys in Phoenix and I’m looking forward to these next two weeks. I think we can run good at the next couple, and I feel like we’re all super close in points.”

Next Race: October 24, Hollywood Casino 400 Kansas Speedway
How to Watch or Listen: 3:00 p.m. ET on NBCSN, MRN and SiriusXM