Aboard the NAPA AUTO PARTS Dodge Charger SRT Hellcat Funny Car, Ron Capps raced to a runner-up finish at the Dodge//SRT NHRA U.S. Nationals and successfully clinched the ‘regular season’ championship to start the Countdown to the Championship playoffs from the No. 1 position. 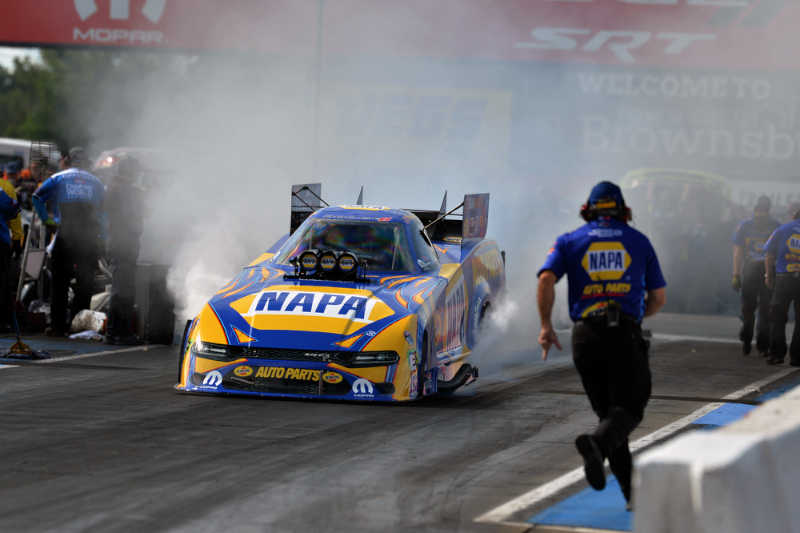 Capps began his march to the finals by qualifying his 11,000-horsepower Funny Car in the top half of the field on Friday night. He then went on to clock three 3.9-second passes to defeat Justin Schriefer, Robert Hight, and Alexis DeJoria during Sunday’s elimination rounds, setting up a showdown with fellow Funny Car veteran Tim Wilkerson in the finals. 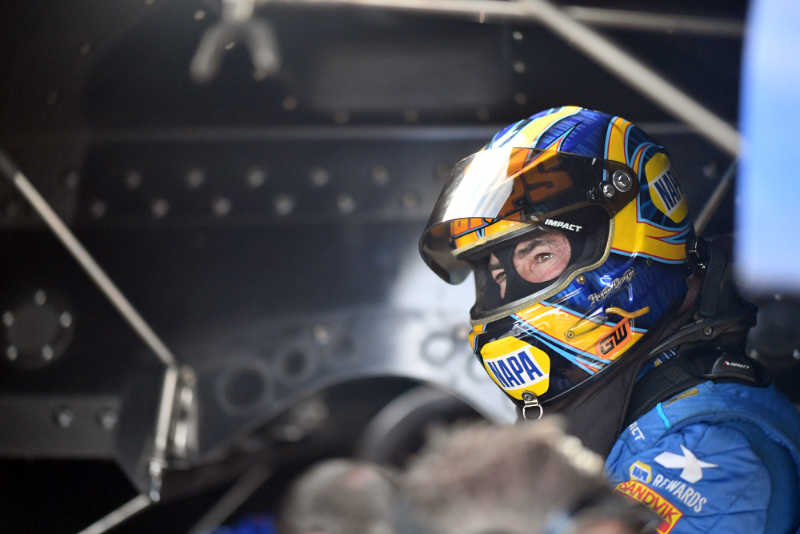 While Capps won an event at Indy in 2020, the 27-year Funny Car veteran and second-winningest driver in the class has never won the coveted Wally trophy at the ‘Big Go.’ Capps was looking to achieve that bucket-list item this weekend. Against Wilkerson in the finals, Capps moved first to nab the starting line advantage and recorded another solid, sub-four second pass, but his opponent pulled ahead and into the lead by the time they went by the Christmas tree and never trailed for the win. 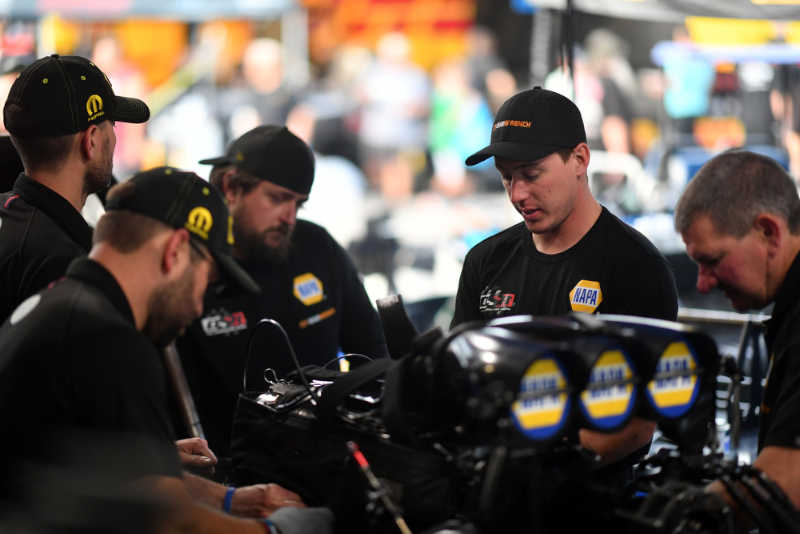 While Capps may not have ended Sunday in the winner’s circle, being able to advance from fifth in the standings all the way up to the No. 1 spot, reclaiming the point lead from teammate Matt Hagan who was sidelined from the weekend’s event due to COVID-19, helped to soften the blow of coming up short in the final round.

“First and foremost, our thoughts are with Matt Hagan and his health is on everyone’s mind here,” said Capps, who started his race weekend trailing Hagan by 25 points. “That’s a great race car with (crew chief) Dickie Venables and Hagan, and you expect to go through that Dodge to win a race and a championship. It was weird not having them in the show today. We have these small goals we set and one of those was to be the regular-season points leader. Coming in here, there were a lot of drivers with the chance to grab that top spot. It was pretty bunched up and exciting for the fans. Things fell our way today. We had some tough matchups with Robert Hight second round, Alexis DeJoria in the semifinals, and Tim Wilkerson in the final round. Honestly, if there’s someone we have to lose to, we don’t mind that it’s Tim. He has a NAPA AutoCare Center at home and he’s part of the NAPA family. We both went up, and talked before the run and we were going to throw down. He outran us. It stings, but hats off to them. They threw down that .91 in a lane nobody thought could run that time. You’ve got to give them credit.” 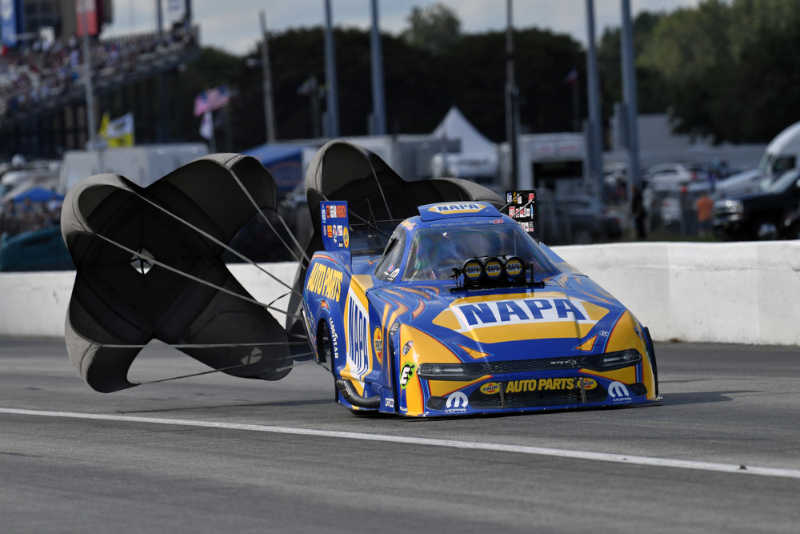 The 2021 Countdown to the Championship format is unique in that it features seven playoff events instead of six and starts immediately following the Indianapolis event with race No. 1, the Mopar Express Lane NHRA Nationals presented by Pennzoil, kicking off next weekend at Maple Grove Raceway in Reading, Penn. 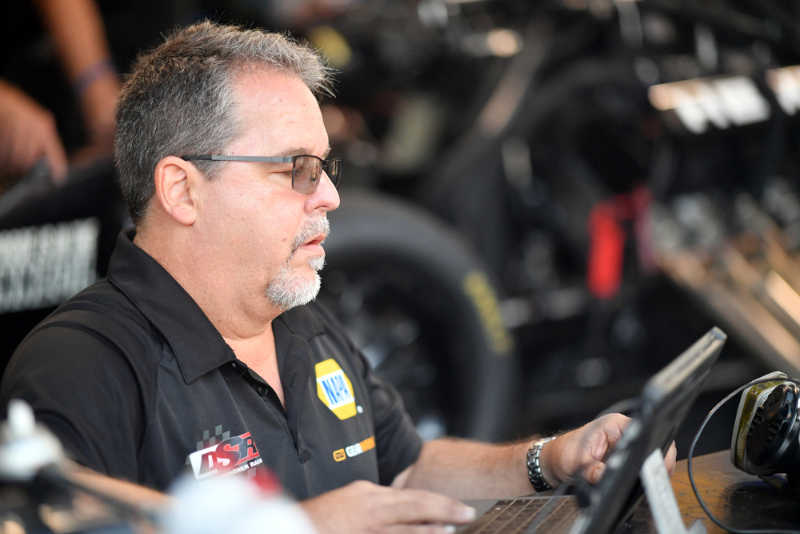 “Going to Maple Grove in just a few days to start the Countdown and having a race car as good as our NAPA car is right now with the consistency and performance is exciting,” said Capps who previously started his playoff run from first in 2016 and 2017, and parlayed his 2016 start all the way to a Camping World Series championship. “We didn’t beat ourselves today. That 3.90 in the semifinals was very impressive. I’m really pumped to get to Maple Grove to start the playoffs. We won the championship in 2016 without winning a race in the Countdown, but we were, by far, the most consistent car. We put the pressure on people and that’s what you have to do. We have a great team with (crew chiefs) John Medlen and Guido (Dean Antonelli). They’re firing on all cylinders and it’s really great to drive this NAPA race car.”

NAPA Know How Blog Capps Clinches No. 1 Seed to Start NHRA Countdown to the Championship