Ron Capps’ impressive 2021 streak of qualifying fifth or better continued at the Dodge//SRT Mile-High NHRA Nationals presented by Pennzoil. He began his weekend at Bandimere Speedway aka ‘thunder mountain’ by roaring to the third-quickest pass of Q1 which helped him to secure the No. 4 seed to start race day. For the third race in a row, Capps drew Terry Haddock as his round one opponent, and for the second event in a row, he successfully defeated his competitor to advance to the second round. 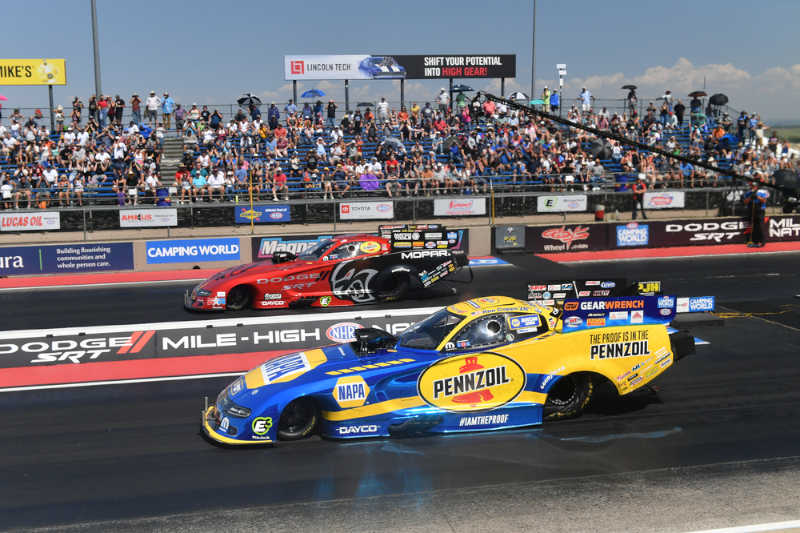 The quarterfinals featured a head-to-head battle between the two winningest Funny Car pilots in NHRA history, with Capps staging the Pennzoil Synthetics/NAPA AUTO PARTS Dodge Charger SRT Hellcat alongside John Force. Capps took his chromed-out machine on a winning 4.039-second ride, defeating Force who lost traction early. Capps, a runner-up and two-time No. 1 qualifier in 2021, squared off with DSR Dodge teammate Matt Hagan in the semifinals. The two world champs were nearly even leaving the starting line but Hagan grabbed a slight early lead which he maintained to the finish, narrowly defeating Capps’ straight-down-the-groove pass. 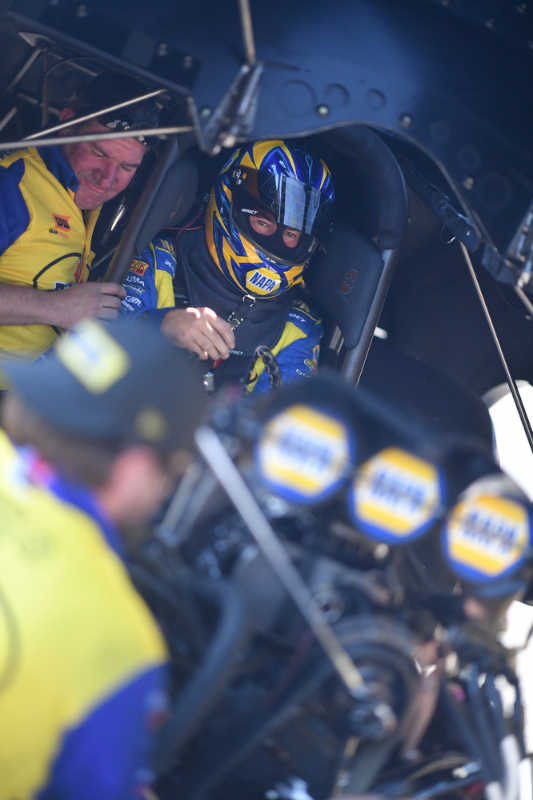 “Just a great job by Guido (Dean Antonelli), (John) Medlen, and this whole NAPA AutoCare team,” said Capps, whose semifinal finish helped him to maintain his No. 5 ranking in the Funny Car point standings. “We always get pumped to run the blue chrome Pennzoil car. When you run these special schemes you surely want to do well and try to give your partners a Wally, and we came close today. Another fantastic qualifying job by this NAPA team; top five. That’s a heck of a streak to qualify in the top five at each race so far this year. This is a very grueling race track that will test and strain all of the parts, components, and lubricants through the most extreme conditions we will see all season. For us, it’s always fun to leave here with everything in one piece and running great. We have great oil from Pennzoil, and fantastic parts from NAPA and DSM, and I can’t say enough about the DSR shop guys who build this car. To come out with a new car and qualify well, and make it to the semis and nearly a final round is a good start to ‘the Swing.’ We’re headed to my two home tracks in the next two weeks at Sonoma and Pomona, and that excites me. I’m pumped to have the family come out and hang out with this new NAPA team I have.” 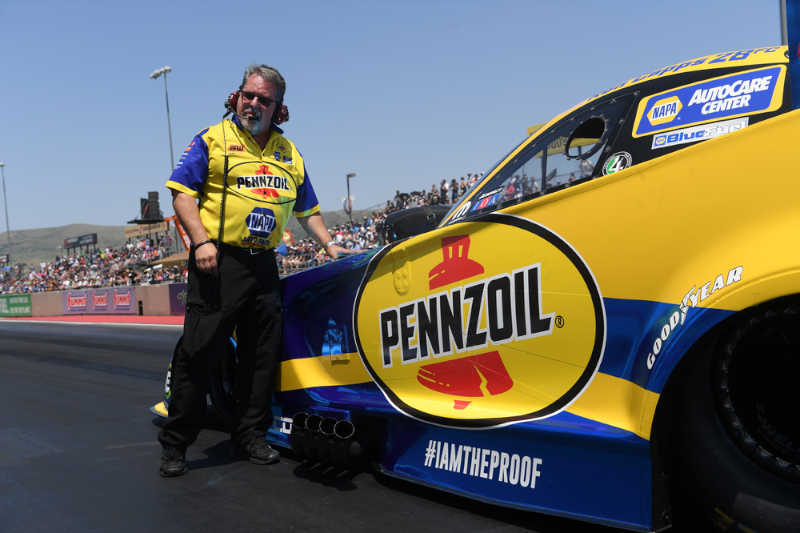 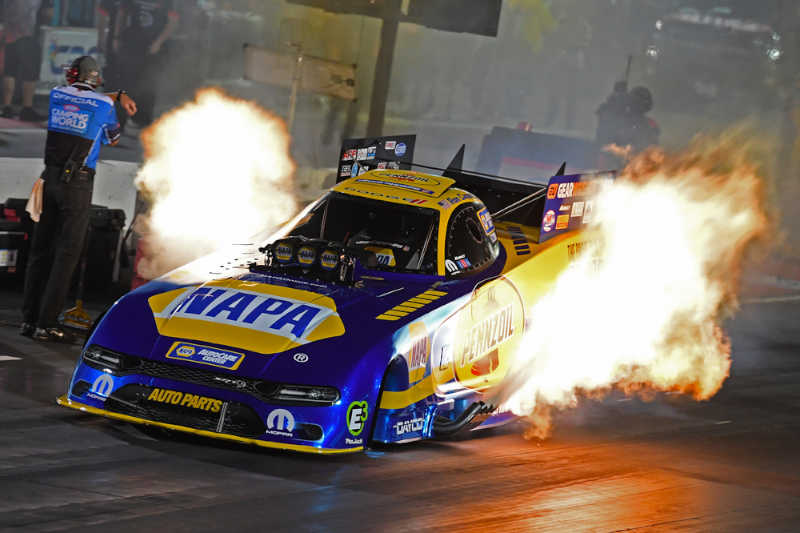