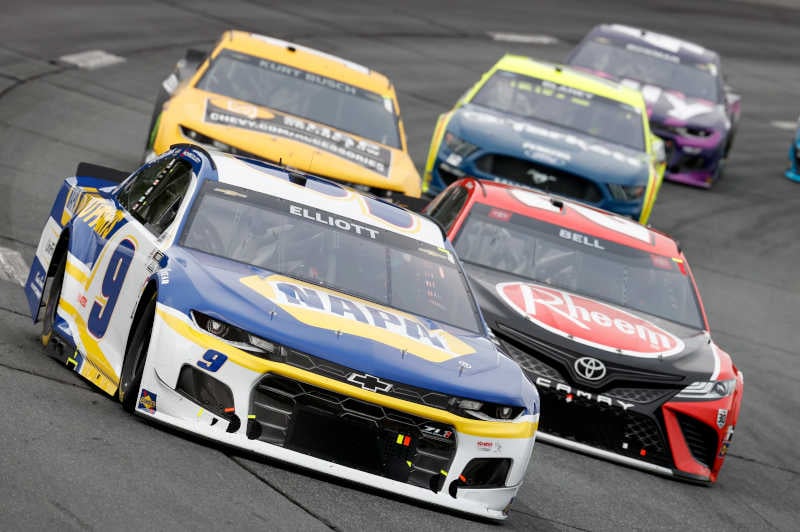 Elliott started third in Sunday’s race . The driver of the No. 9 held on to that position until the two front runners spun out on lap 6 because of rain on the racetrack. Elliott assumed the lead before a nearly two-hour delay for rain. On lap 24, Elliott led the field back to green and held the lead for 37 laps before surrendering the position. The NAPA Chevy slipped one more spot to finish stage one in third. 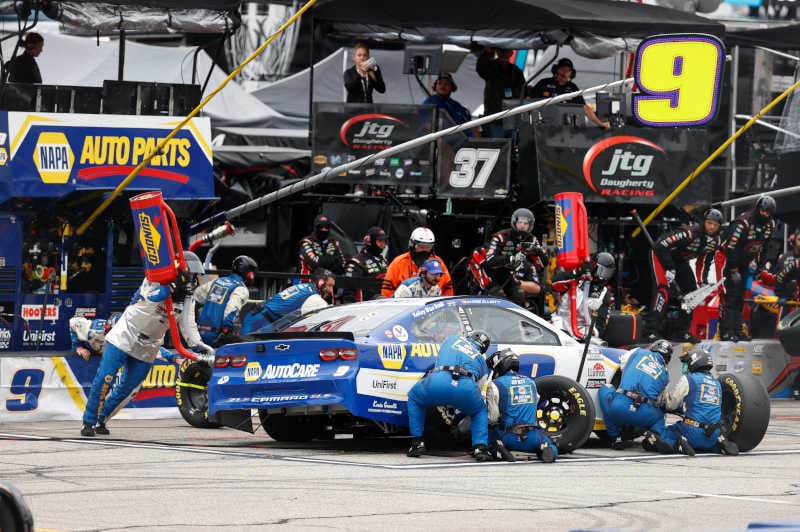 During the stage break, the NAPA driver brought his No. 9 Chevrolet Camaro to pit road for four fresh tires and fuel. Early in stage two, Elliott moved from fifth to second. He continued to hold onto the runner-up spot until a caution on lap 127. When the race resumed, Elliott was running ninth before climbing back up to sixth where he would finish the second segment. 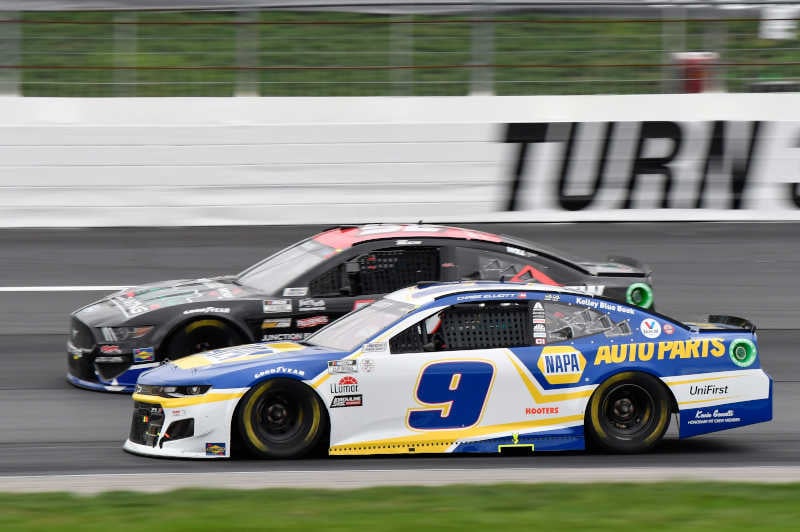 After a miscue on pit road during the stage break, Elliott lined up 17th for the final stage. In heavier traffic than he had seen all day, the Dawsonville, Georgia, native struggled with the handling of his NAPA Chevrolet and fell to 19th with less than 50 laps remaining. The No. 9 team made a scheduled green-flag pit stop on lap 246 and Elliott was scored 19th once pit stops cycled through. He was able to pick off one spot late in the race to finish the day in 18th. 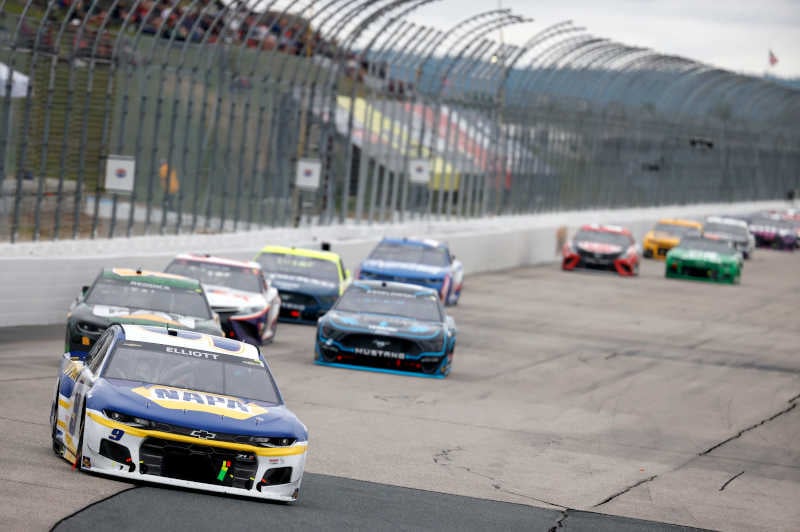 As the NASCAR Cup Series heads into a two-week break, Elliott is currently fifth in the driver point standings, 138 markers behind leader Denny Hamlin.

Next Race: August 8, Go Bowling at The Glen, Watkins Glen International
How to Watch or Listen: 3:00 p.m. ET on NBCSN, PRN and SiriusXM