When Capps advanced to the semifinals Sunday where he lost to Don Schumacher Racing teammate Matt Hagan, it clinched the No. 1 seed for the NAPA team when the six-race NHRA Countdown to the Championship playoff begins after the NHRA U.S. Nationals over Labor Day Weekend near Indianapolis.

That ensured that he will start the Countdown with a 30-point lead over the second-ranked team in the Countdown when championship points are reset in two weeks after Indy.

He holds a 215-point lead over Courtney Force and is 221 ahead of Del Worsham, who won Sunday’s Brainerd title. 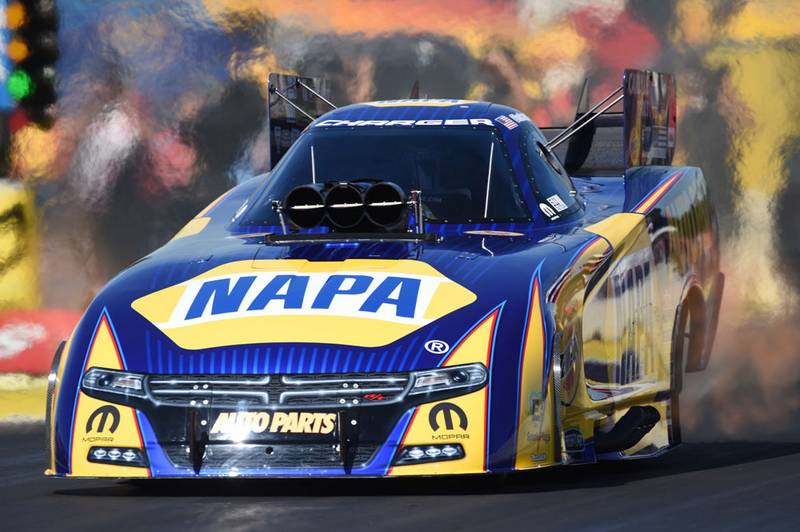 “That’s the perfect position to be in, but we’re not looking at the championship yet,” said Capps, who won the 50th event title of his career Saturday and is seeking his first Mello Yello season championship.

That wasn’t all the NAPA team accomplished at Brainerd.

On Saturday, the NAPA Dodge defeated Del Worsham in the rescheduled final round from the race that began two weeks ago near Seattle. It was the 50th Mello Yello title for Capps and the fifth this year through 17 events for the NAPA team. 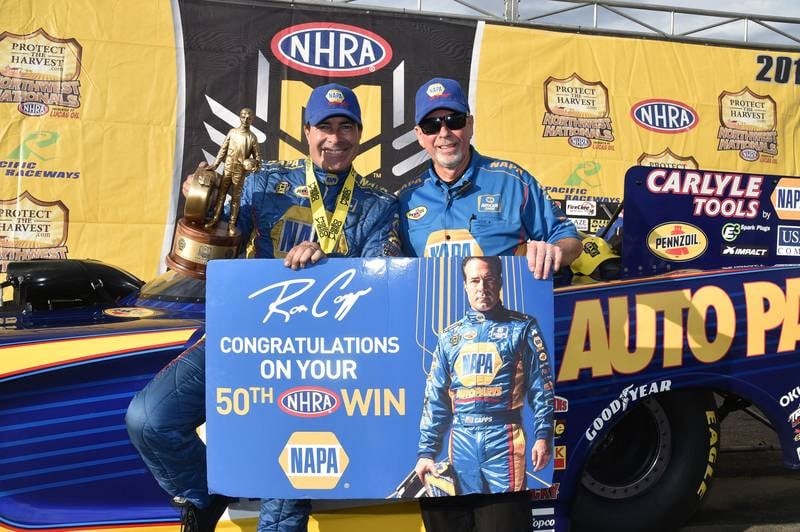 “Just an incredible job by our NAPA guys,” Capps said.

“Before the semis we were told by NHRA to be back up there in less than 40 minutes and we had a little bit of damage from the second round which is very, very abnormal for this team. We had a lot of work to do on the car and it was crazy, we had a cheering crowd around our pit area just to watch these guys put the car back together. It was great.”

“I didn’t see or hear Matt until a little bit after halftrack, my car started going off to the right and they got us at the top end of the track. 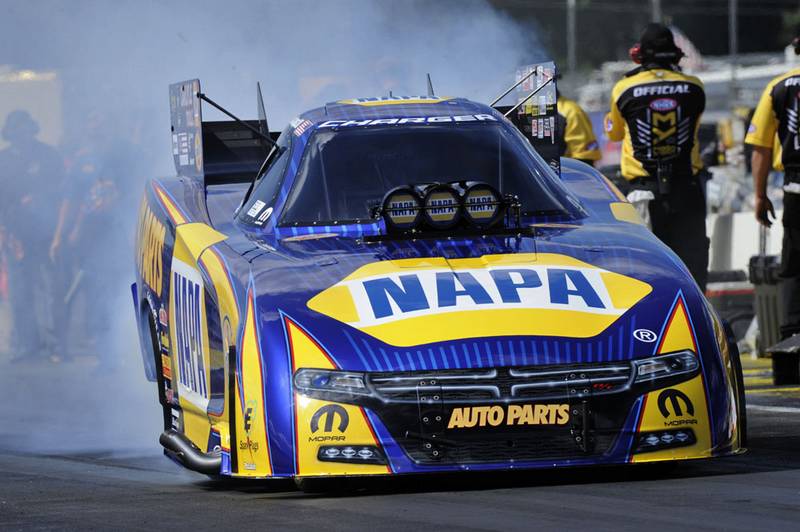 “Whoever wins Indy has the chance to say that they beat the best because these Funny Cars are so incredible right now.” 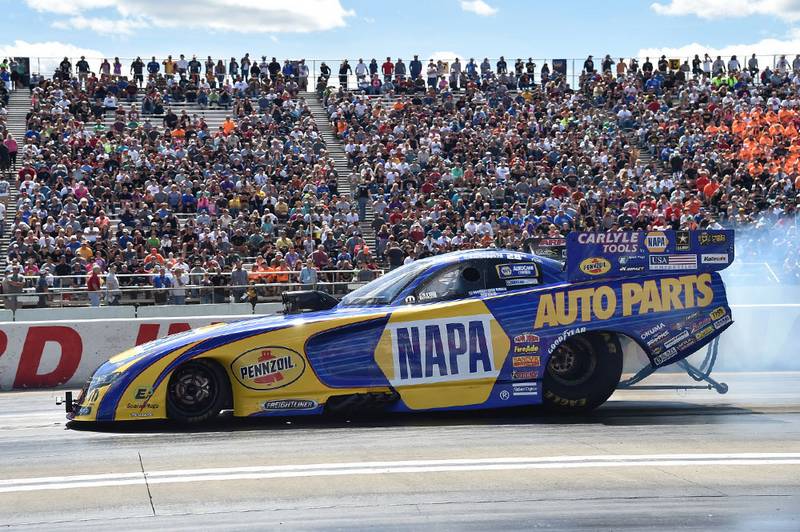