Ron Capps and the NAPA AUTO PARTS 2017 Dodge Charger R/T team led by crew chief Rahn Tobler advanced to the quarterfinals with the NAPA AutoCare crew Sunday of the NHRA Gatornationals at Gainesville, Fla., where he was disqualified for crossing the centerline.

The centerline dividing the lanes on a dragstrip have not been kind to Ron Capps and the NAPA AUTO PARTS 2017 Dodge Charger R/T Funny Car team this year. 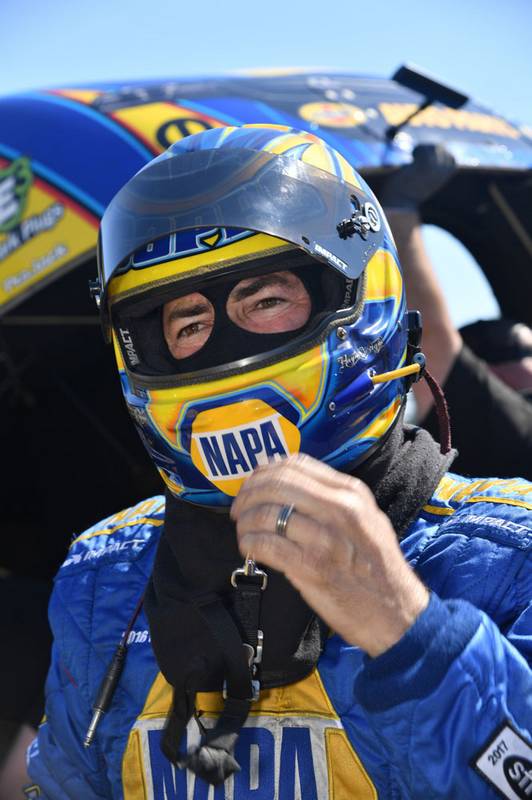 For the second time in the first three events of the NHRA Mello Yello Drag Racing Series, the dividing line was a factor in a loss by Ron Capps and the NAPA AUTO PARTS Dodge Charger R/T team to his Don Schumacher Racing teammate and series points leader Matt Hagan. 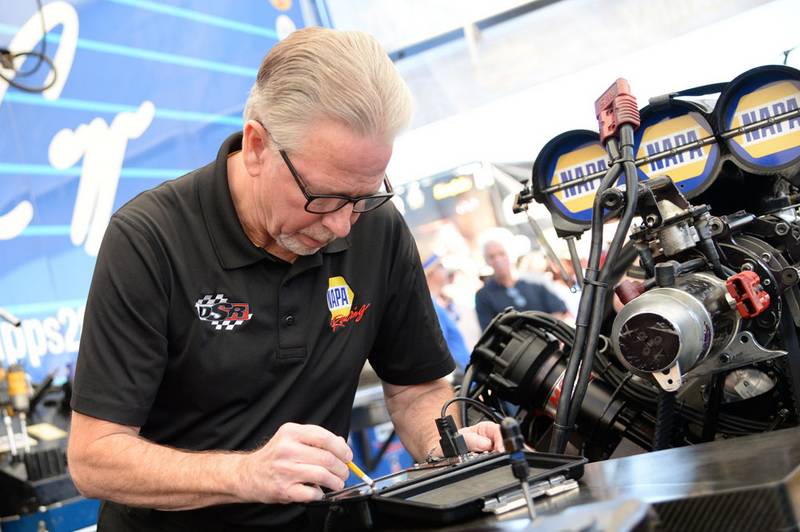 In the opener at Pomona, Calif., Capps smoked the tires early and Hagan lost traction and came within a whisker of having his left rear tire touch the line that would have disqualified him. But official ruled it didn’t touch and Hagan went on to win the race against Capps and eventual the event trophy.

The centerline was back in play Sunday in the quarterfinals of the Gatornationals when Hagan quickly smoked the tires and while Capps was seemingly cruising to the win when his Dodge darted to the dividing line and crossed it. 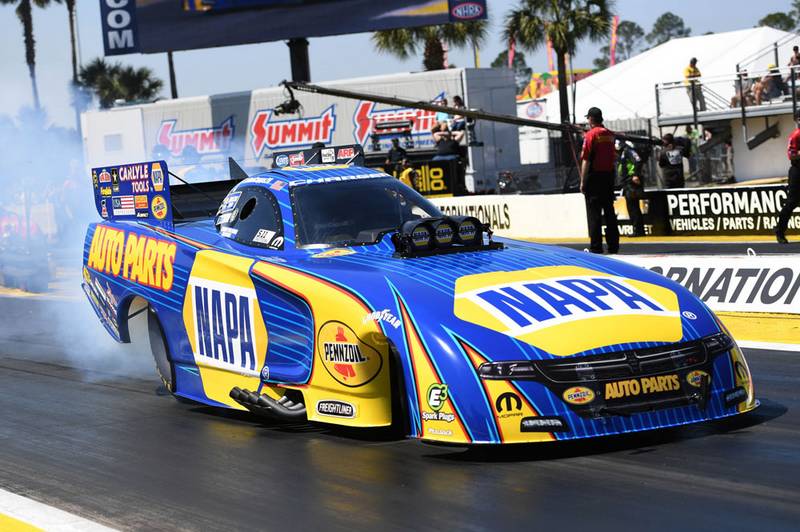 “It was a handful,” said Capps, the reigning Funny Car world champion. “It just turned sideways on me, and thank God I was able to catch it and not go into Matt’s lane any farther and run into him.

“I’m sick to my stomach because I should have caught it quicker. It’s those moments that really make you enjoy the moments we’ve had in a winner’s circle.” 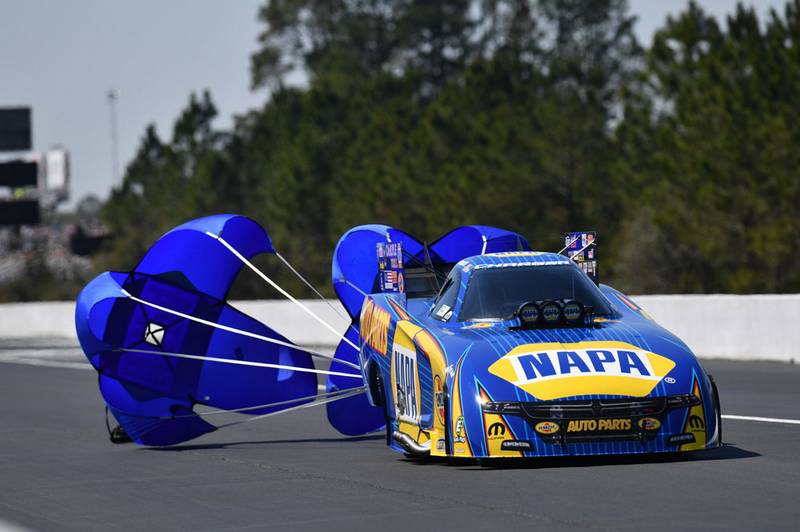