GAINESVILLE, Fla. (March 20, 2016) – Ron Capps has raced long enough to believe he’s seen about everything happen that could on a dragstrip but a load of upsets and tire smoke on Sunday during the last day of the 47th annual NHRA Gatornationals presented one of the more unique days of his career.

The driver of Don Schumacher Racing’s NAPA AUTO PARTS Dodge Charger R/T advanced to the final round for the second time in three races in the young Mello Yello Drag Racing Series but was not able to secure his second win of the season and defend his title at the track at Gainesville, Fla.

Capps lost a tire-smoking affair to Robert Hight of John Force Racing in the final round that also cost him the points lead he’s held onto since the first event. He will trail Hight by one point when the Mello Yello tour resumes in two weeks at The Strip at Las Vegas Motor Speedway. 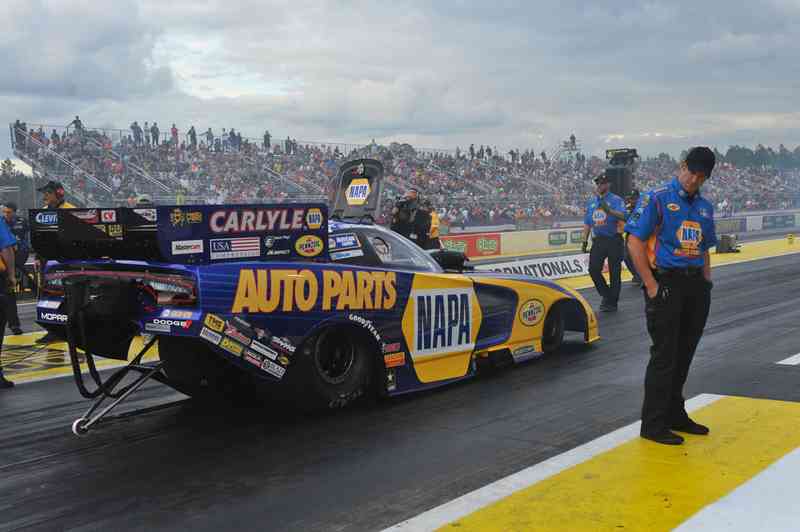 The day began with Capps beating John Hale in the opening round that was a repeat of the final round a year ago. In the second round, he eliminated former world champion Cruz Pedregon to set-up a semifinal match against pole-winner and Don Schumacher Racing teammate Jack Beckman.

After Capps and Beckman returned to the starting line after their burnouts, Capps was unaware smoke was bellowing from the opening in Beckman’s car after a bearing seized in the supercharger and it was apparent to everyone else at the track that Capps would virtually have a bye run.

Beckman said, “At that point you pretty much know the only chance you have is to make the other car redlight so I changed my entire starting line routine. Ron’s experienced and he didn’t fall for it.”

“I had trouble and it’s a good thing I didn’t cross the centerline and get disqualified because that would have given him the win. That was the first time our NAPA Dodge smoked the tires since testing in Phoenix before the season started.” 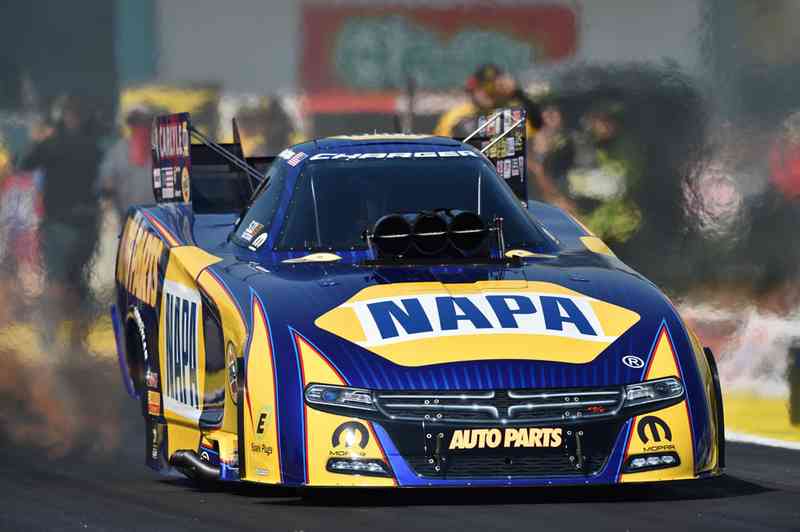 In the final, Hight and Capps smoked the tires again but so did Hight.

“I was confident that we were going to go up there against Hight and run in the (3.90-second range) and if they beat us they beat us. But we went out and pulled the tires loose pretty violently. I was trying to catch it and then Robert smoked his but was able to catch it quicker.

“All in all we ended up qualifying good again and made it to our second final round this year. It hurts now but it a couple days it will feel better because we got to the final round again.

“But when you get to the final you expect to win it.” 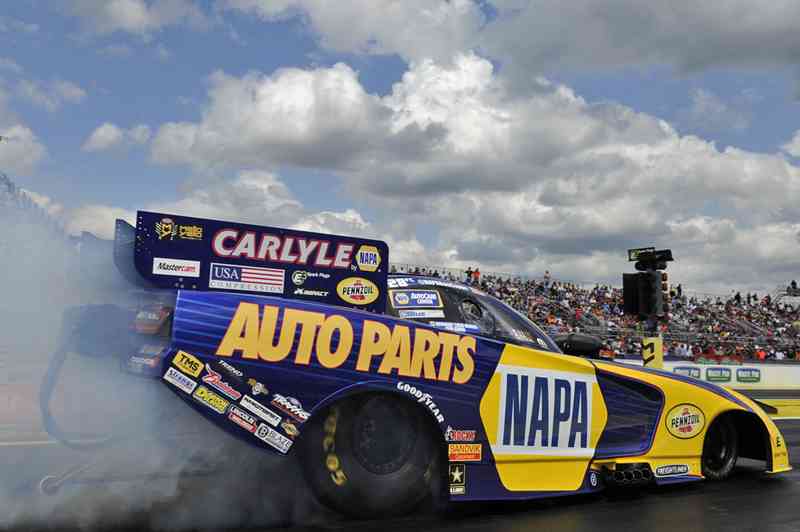 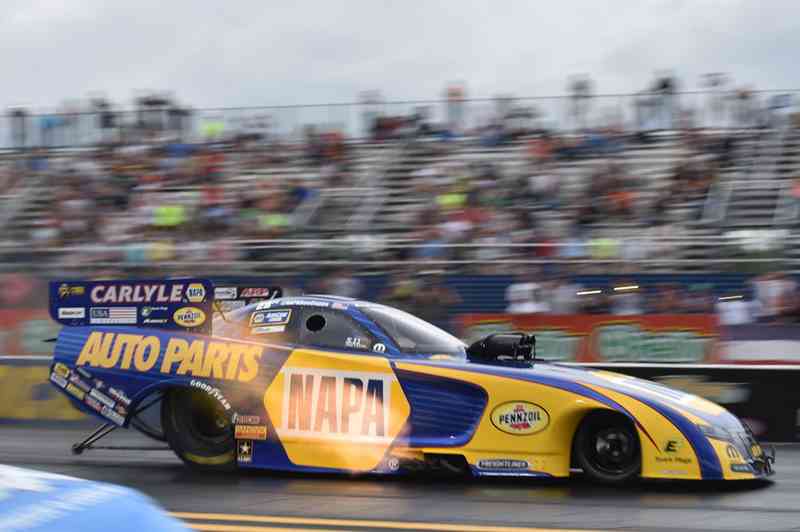