After losing one session due to inclement weather and two sessions due to chassis issues, Ron Capps and the NAPA AUTO PARTS Funny Car team had only one run of data to work off of heading into Sunday’s elimination rounds for the NHRA Four-Wide Nationals at zMAX Dragway. Facing tough competition, the team pushed hard to lay down a stout E.T. but traction issues gave way to a first-round defeat. 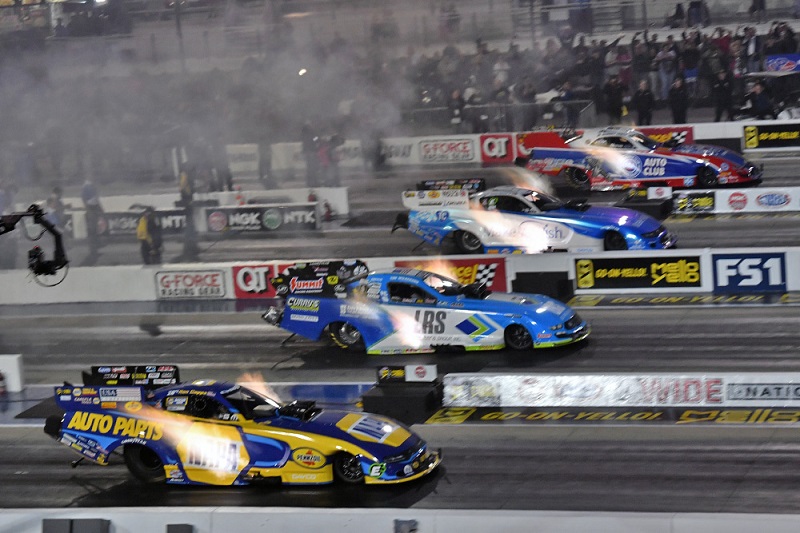 Inclement weather on Friday led to an abbreviated schedule of only three qualifying sessions. Capps and the NAPA team struggled through their first two qualifying opportunities, attributing their troubles to a chassis issue. Just prior to the final qualifying session, crew chief Rahn Tobler made the bold decision to switch chassis. The move paid off as Capps was able to cleanly navigate the NAPA Dodge Hellcat down the track in 4.025 seconds and earn a spot in the competitive Four-Wide Funny Car field. 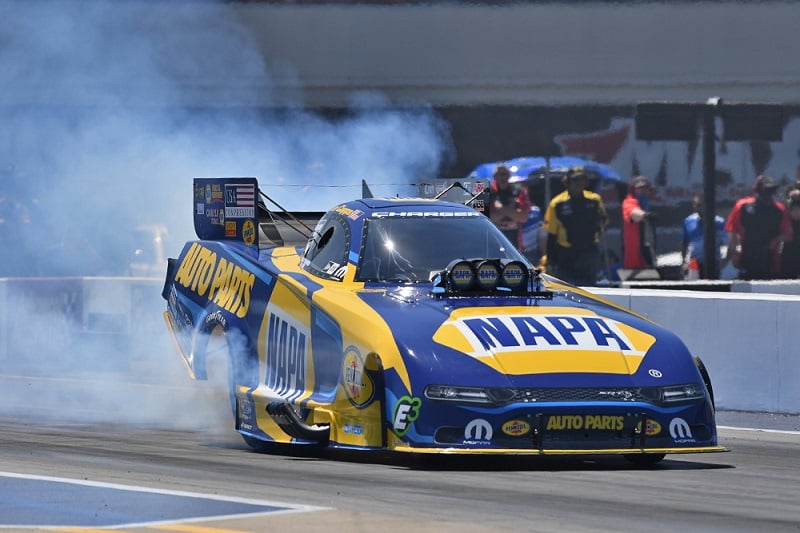 As the No. 10 qualifier, Capps faced tough competition in his round-one elimination quad which included teammate Jack Beckman, Tim Wilkerson, and Dave Richards. Capps stood on the gas and his machine lost traction shortly after, slowing to a 5.172-second pass which wasn’t enough to set off the win light.

“The big story for us was dealing with an obstacle that you’re never really ready for during a race, and that is having to change cars during qualifying on Saturday,” said Capps, the 2017 Charlotte Four-Wide Nationals event champion. “We’ll figure out what’s wrong with the car we were running and have a front-half done. To be thrown a curve ball like that, I brag about the NAPA Know How with Tobler, we had everything ready to go to make the switch and to go up there and make a run like that to qualify is awesome. 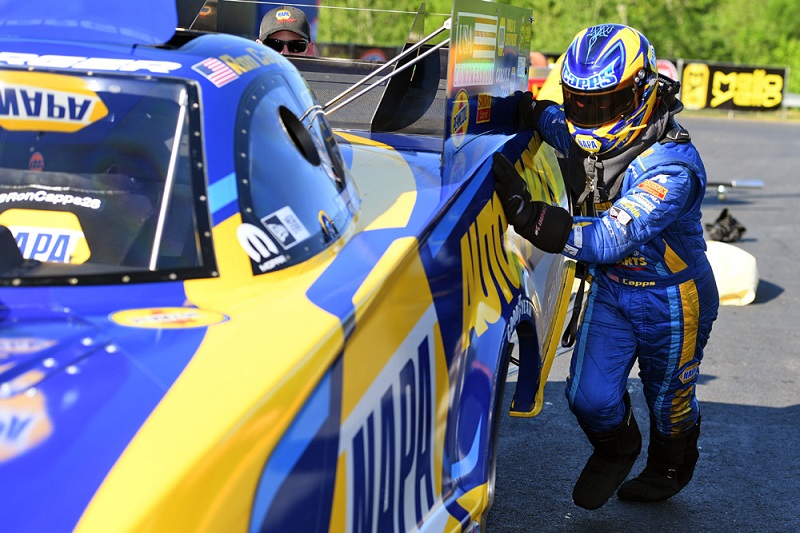 “Having made only one good run, we knew we were behind going into race day,” added the 60-time Funny Car winner. “We knew for sure Beckman and Wilkerson were going to run in the mid to low 3.90s and we went up there to try and run a 3.93. I look at it like not enough runs on the car and we may have pushed a little too hard. That’s the way it goes sometimes. Nobody can rebound like Tobler and this group.” 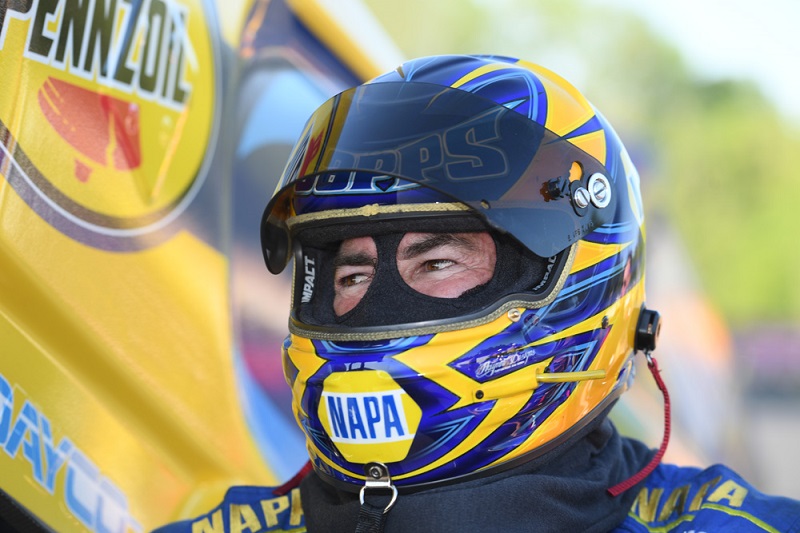 Up next on the NHRA Mello Yello Drag Racing Series tour is the Atlanta event and the 2016 Funny Car world champion couldn’t be more excited for the NAPA team to show off in their sponsors’ backyard.

“Atlanta is a big, big race. It’s the home of NAPA AUTO PARTS. If you can win at your sponsor’s home track, that’s the ultimate in racing. We have some executives coming out who have never been to an NHRA race and we’re excited to introduce them to the sport. This team isn’t far from the winner’s circle and I have the utmost confidence. The way this journey has been this year, that win will be very rewarding.” 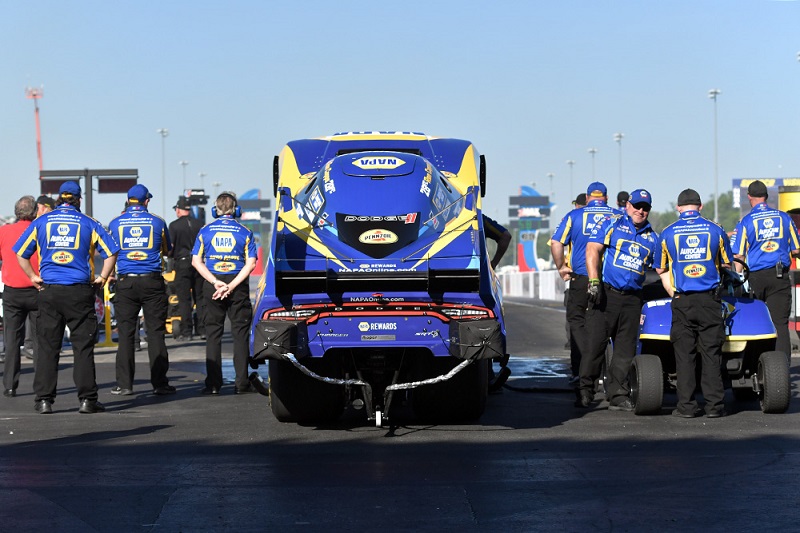 Capps won’t have to wait long to have another shot at racing for the Wally trophy as the Atlanta event kicks off this Friday, May 3rd at 4:30 p.m. ET.

Next Race: May 3-5, Commerce, Ga. Arby’s NHRA Southern Nationals
How to Watch or Listen: FS1; NHRA.TV