On Saturday, April 27, 2019, NAPA AUTO PARTS stores and facilities across the U.S. broke out the buckets, towels, and, of course, NAPA wash and wax products – and also broke the world record to earn the Guinness World Records™ title for the “Most Car Washes Completed in an Eight-Hour Period.” 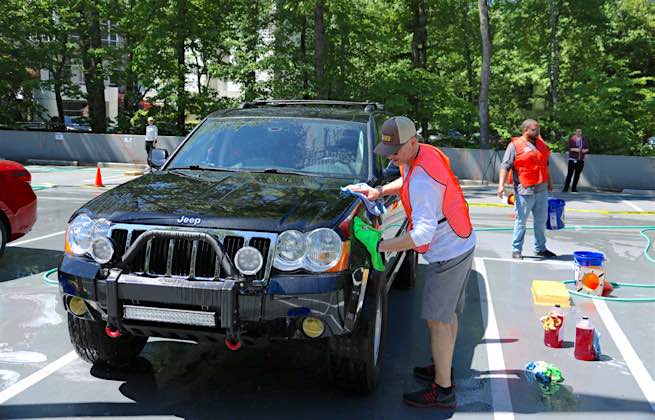 Partnering with local charities and volunteer organizations, the nationwide team across 180 sites washed a remarkable 7,197 cars to shatter the October 27, 2012, record – held by NAPA’s sister company, Repco Australia and New Zealand – of 6,277 cars washed across 89 stores. The event also helped create excitement around NAPA and its wash and wax products as part of the April “Love Your Car” month campaign.

“Obviously we wanted to beat the world record,” said Chris Crocker who organized and rallied hundreds of colleagues to drive traffic to the event and keep things running smoothly, and oversaw the car wash at NAPA headquarters. “But NAPA is a hometown parts store, and we also wanted to drive foot traffic and increase awareness of our stores in our customers’ neighborhoods. Many stores – including three in Anchorage, Alaska! – washed 100 cars that day. We are proud and grateful that our customers showed up to support us.”

Throughout the day, many NAPA AUTO PARTS stores hosted activities such as barbecues, bake sales, bounce houses, and even a petting zoo. All proceeds were donated to local non-profit groups ranging from high school bands to Boy Scouts and Girl Scouts to Rotary Clubs to the American Cancer Society.

Team Building at its Best 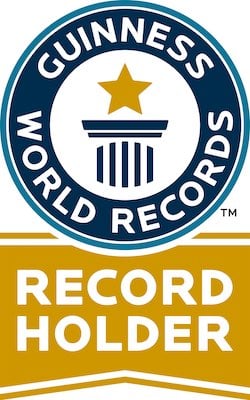 “It was a great way to bring our teams together to do something fun and meaningful as a brand,” said Grant Beck who coordinated the effort with Guinness World Records and with his colleagues across the country. “I heard that in Memphis, a rap singer showed up in a blue Lamborghini. My parents in Phoenix reported that students from the local high school came out to wash cars. Each store chose its own charity, leveraging what makes each one passionate in its community. I want to send a big thank you to all our retail teams and leadership teams who rallied to get the word out and showed up to make the event a success.”

“Thanks to everyone who made this happen,” agreed Cameron Richardson, Vice President Retail APG, Genuine Parts Company, who was also involved in setting the Repco record, and who spent the day doing everything from directing traffic to washing cars at the NAPA headquarters event. “Thanks especially to Grant; Chris; Vanessa Brown who also handled logistics with Guinness, as well as signage, product giveaways, and more; and Jennifer Rode who was also a key organizer.

“NAPA AUTO PARTS is now A Guinness World Records™ world record holder – it proves we can do anything!”

Check out all the chemical products available on NAPA Online or trust one of our 17,000 NAPA AutoCare locations for routine maintenance and repairs. For more information on washing your car, chat with a knowledgeable expert at your local NAPA AUTO PARTS store.