Although the day ended earlier than the past two weeks for Capps and his NAPA AUTO PARTS team led by crew chief Rahn Tobler and assistant Eric Lane, he was able to extend his points lead to 55 over Don Schumacher Racing teammate Jack Beckman.

In the semifinals, Matt Hagan won a tire-smoking battle against Capps that ended the NAPA team’s run of two consecutive titles.

“We’re still a little baffled why it smoked the tires at the hit of the throttle against Matt Hagan in the semifinals. Tobler is up there (in the crew chief’s office) right now on the computer trying to figure out what happened,” Capps said shortly after the semis.

“It’s very out of the ordinary, especially for the NAPA Dodge we’ve had lately. We have an exceptional racecar right now. It’s a lot easier to take a loss like this when you have a great racecar, and we’ll go to Norwalk (Ohio) in a few days with a chance of winning there.” 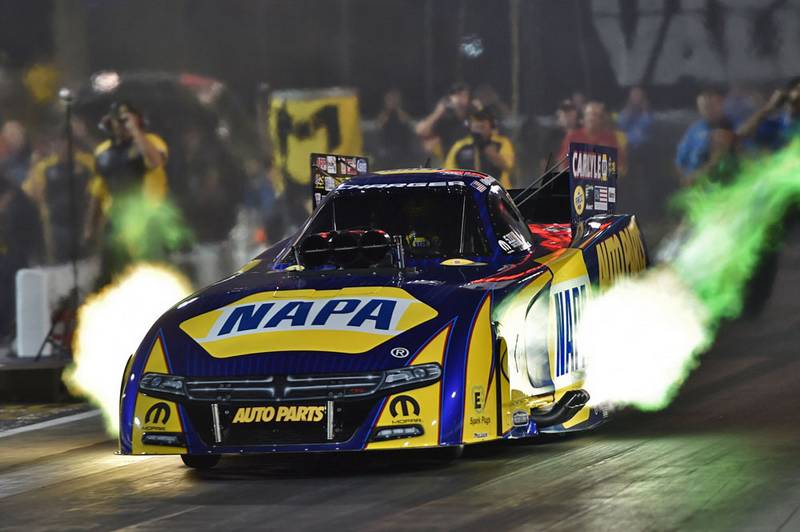 Capps streak of three straight No. 1 qualifying efforts can continue next weekend when the tour begins racing Friday at Norwalk in the last of four events in four weeks.

He clearly wanted to collect another trophy but was equally proud of the teamwork within the DSR organization.

DSR Funny Cars have won the past five Mello Yello titles: two each by Hagan and Capps and Sunday’s by Tommy Johnson.

“That streak doesn’t surprise me,” Capps said. “It raises everybody’s level, and that’s why our cars are running so good.

“It’s not uncommon for me to walk in our (tech trailer) lounge at the end of the day and see our other crew chiefs in there with Tobler. (Saturday) night they were talking about what they’d done over the weekend; what made their cars better and what made them worse. 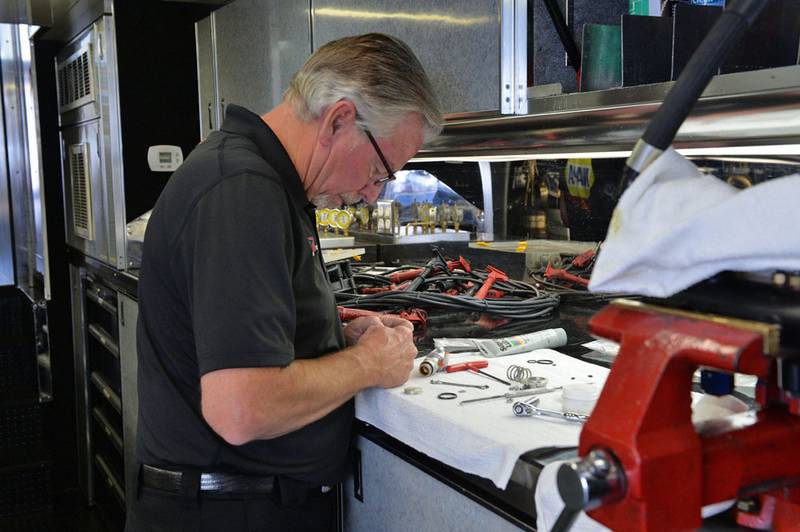 “In actuality, we’re fighting each other for points. They work together until Sunday when we all become separate teams like anyone else in the pit area. Teammates don’t exist on Sunday.”

A win next weekend at Norwalk would tie Capps with former boss Don Prudhomme with 49 nitro wins for 11th on the all-time list.

The following are results for Capps in the Thunder Valley Nationals at Bristol: 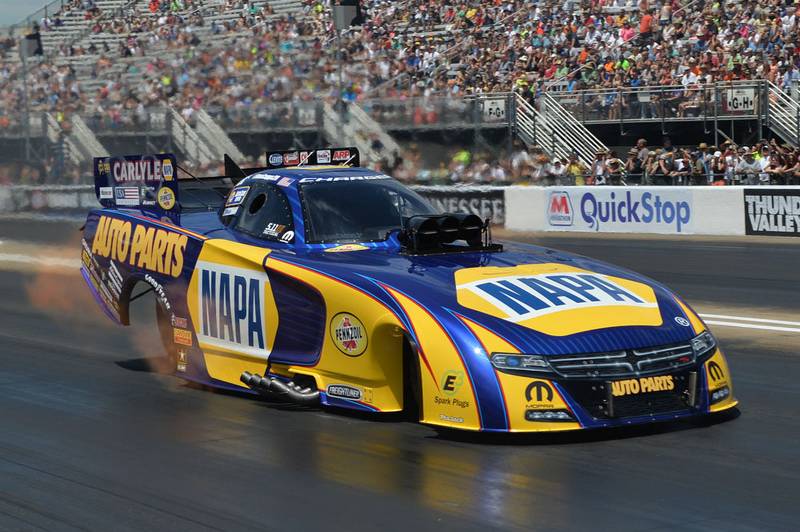