The NHRA Fall Nationals that begins Friday is the fourth of six events in the NHRA Mello Yello Drag Racing Countdown to the Championship playoff and Ron knows his team led by crew chief Rahn Tobler is ready to make another move up the standings. 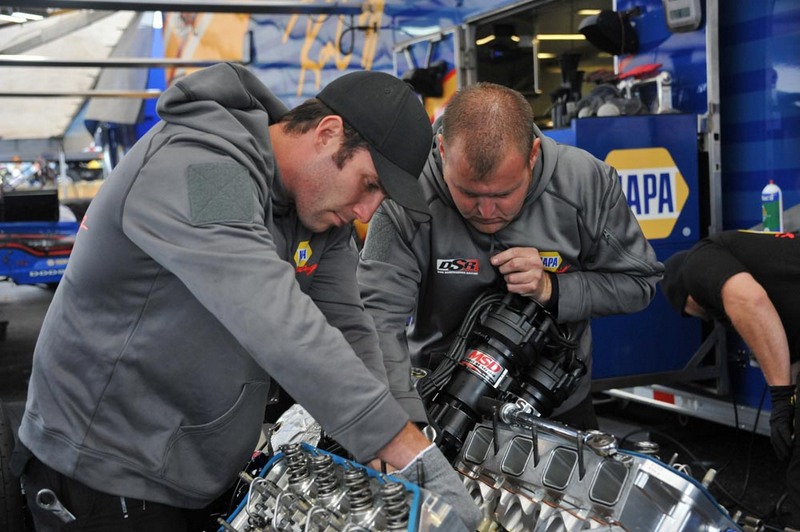 The NAPA team qualified second at the last Mello Yello event two weeks ago near Reading, Pa., and advanced to the semifinals to move from sixth to fifth in the championship standings and cut Del Worsham’s points lead to 105 points, about five rounds.

While that is a large deficit, Ron believes his NAPA team can chip away at it and get his first NHRA world championship.

“This is drag racing and anything can happen,” he said. “We know we have a good NAPA Dodge and that showed with our performances at the last two races.” 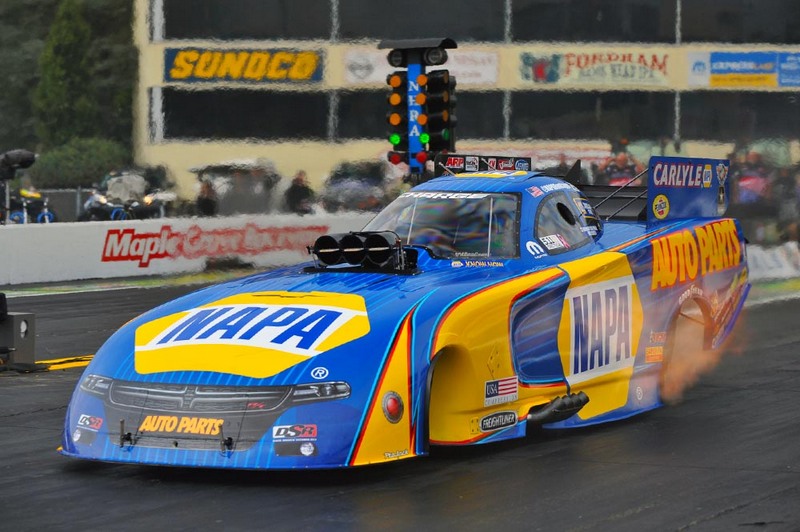 Ron’s run three weeks ago near St. Louis was his career best of 3.937 seconds and top speed at 327.19 mph. Two weeks ago near Reading, Pa., the NAPA team qualified second and produced its best time of the weekend at 3.969.

After using his driving experience to feather the throttle to overcome briefly losing traction to win in the first round, he used a 3.969 to advance to the semifinals for the third time this year. But his day was ended when Don Schumacher Racing teammate Jack Beckman unloaded an NHRA record 3.897 en route to winning the event title at Maple Grove Raceway. 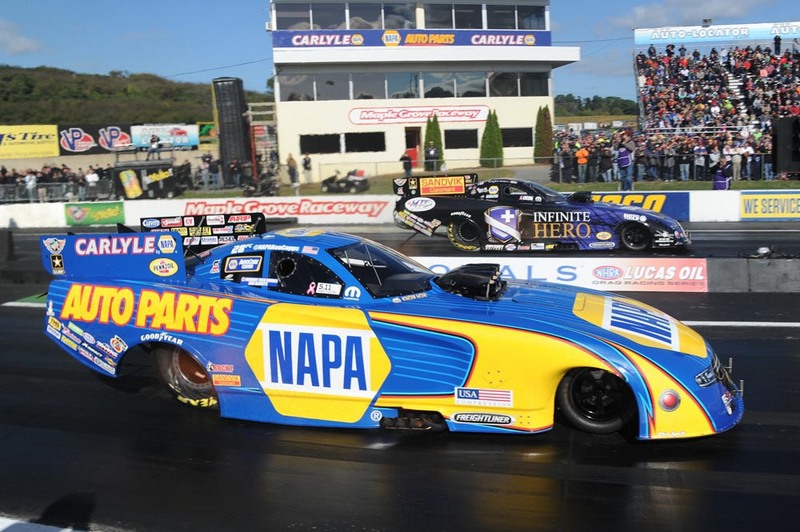 “That was a heck of a run by Jack and no one was going to beat him,” said Ron, who has won twice in five championship rounds this year.

“This NAPA team will never give up. There are 150 points we can win at each of the last three races and we’re just focusing on this weekend at the Motorplex,” he said of where he won in 1998 and was runner-up in 2011.

“Bob is one of our biggest supporters and comes to a lot of races,” Ron said. “The forecast this weekend is for it to be in the 80s so I’m sure he’ll be wearing shorts.” 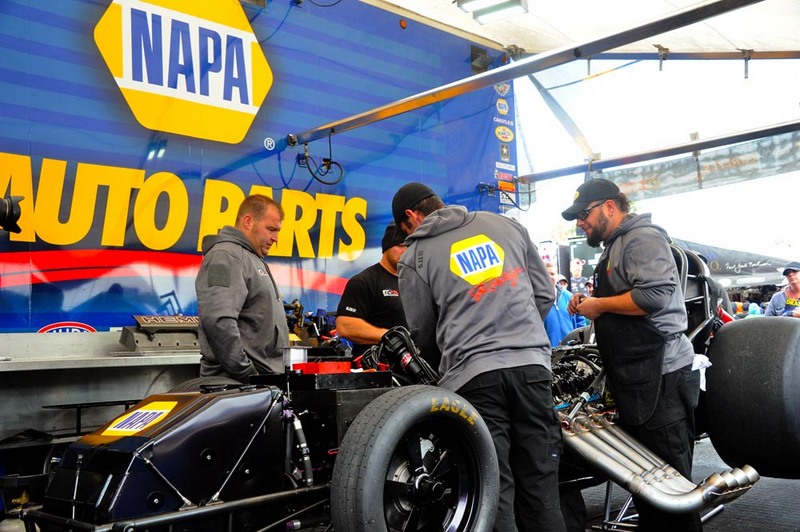