In his first season driving the No. 9 NAPA AUTO PARTS Chevrolet, Chase Elliott won a championship and earned the title of Most Popular Driver. This year, Elliott is working hard to repeat both victories. He needs your help.

Our NAPA Racing fans have cheered Elliott to a win this year at Richmond and a series-leading 23 top-ten finishes. Chase is now second in NASCAR Xfinity Series Points, with four races left in the 2015 season.

Elliott depends on the support of fans and the hard work of his JR Motorsports team to win races. In the competition for the coveted NASCAR Xfinity Series MPD award, he depends on our votes.

Fans may vote daily, and voting is open now through November 21st. Fans may select one select one candidate per ballot submission. Voting is limited to one vote per person per email address per day.

Visit [voting for this campaign has expired] and select Xfinty Series to vote for Chase Elliott. You can share your vote on social media to further improve Elliott’s chance of winning back-to-back Most Popular Driver awards. 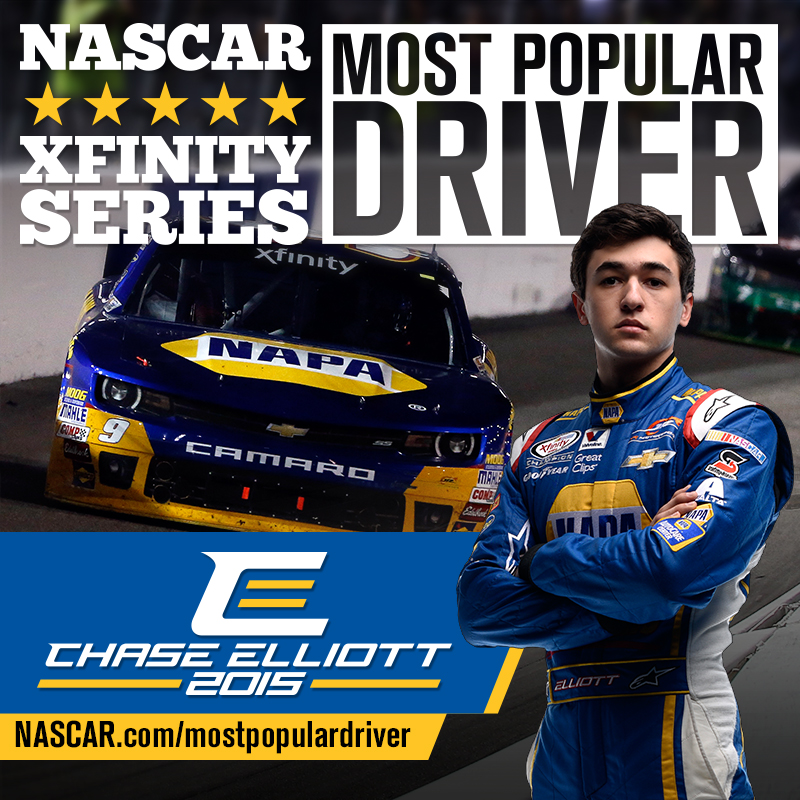 On behalf of Chase Elliott and NAPA Racing, we thank you for your support.