The NAPA AUTO PARTS Funny Car team unloaded their brand-new Dodge Charger SRT Hellcat Friday morning at the season-opening NHRA Winternationals and unleashed an impressive run right out of the gate. The NAPA team earned a starting position in the top-half of the field and finished race day with a quarterfinal appearance.

Capps kicked off his 25th season as a professional NHRA drag racer by posting a stout 3.915 second E.T. in his new NAPA Hellcat Funny Car and qualifying in the top half of the field. 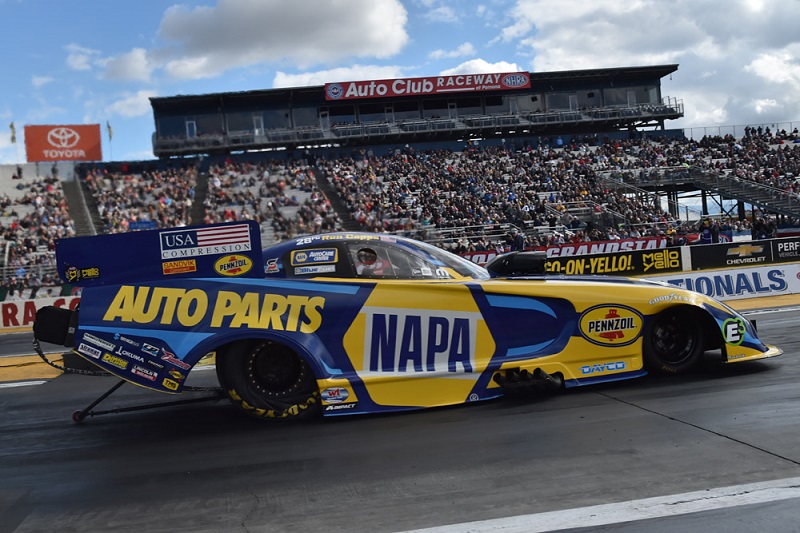 After persistent showers forced the NHRA to postpone Sunday’s race, Capps had to wait until Monday morning to square off against Gary Densham in round one of eliminations. The three-time Winternationals champion launched the NAPA Dodge off the line first and maintained the lead from start to finish, crossing the stripe in 3.933 seconds at 323.04 mph. 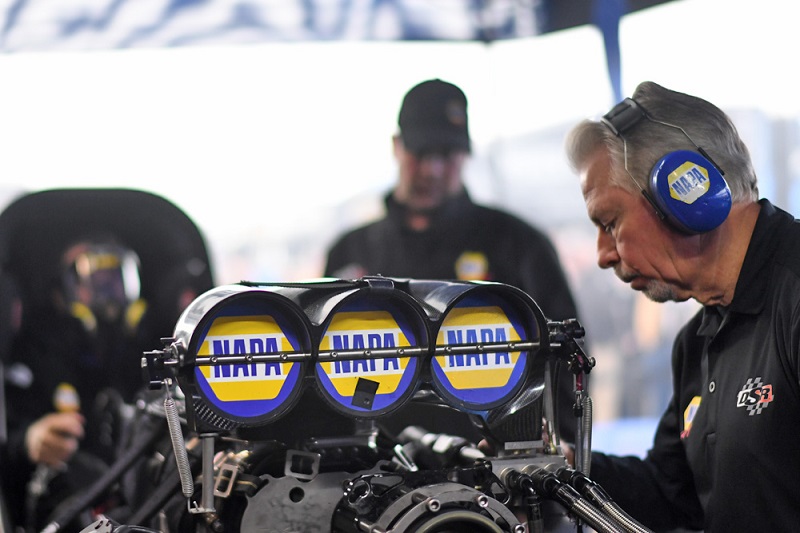 In the quarterfinals, Capps went toe-to-toe with John Force, the only Funny Car driver in the history of the sport to have claimed more wins than Capps. Once again, the NAPA AUTO PARTS Funny Car pilot took the lead with a slight starting line advantage but his machine started dropping cylinders down track. Force was able to claim the win with his 3.900 second E.T. versus Capps’ 4.092.

“We are still looking at the data, but that second round of eliminations got really fast,” said Capps, who kicks off the 2019 NHRA season seeking his second Funny Car world championship. “We had the luxury of watching the cars before us and we knew what Force’s team could do. And in that run, we just went after it. I love when we go up there and try to go low E.T. (Crew chief) Rahn Tobler doesn’t smoke the tires often, so we will have to look at the data and see exactly what happened.” 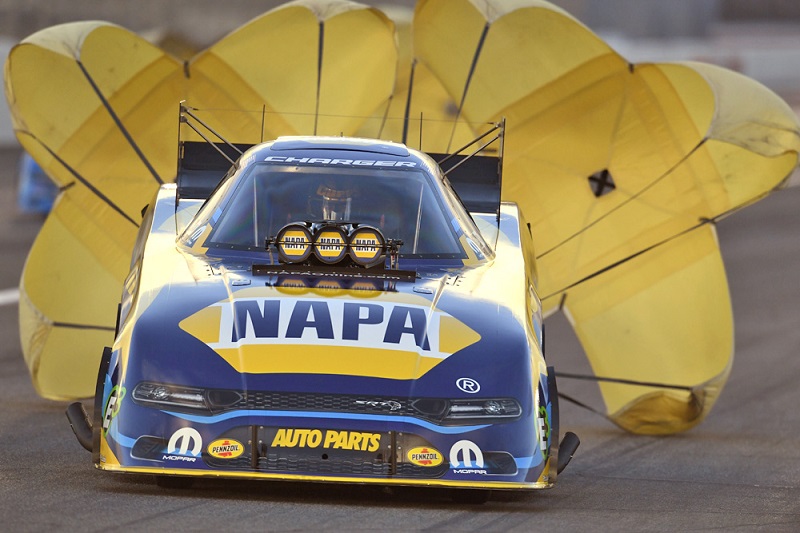 While Capps would have liked a longer race day filled with more round wins, he is pleased with his new Hellcat Funny Car and is eager to see what the 2019 NHRA Mello Yello Drag Racing season has in store for him and his NAPA AUTO PARTS Funny Car team. 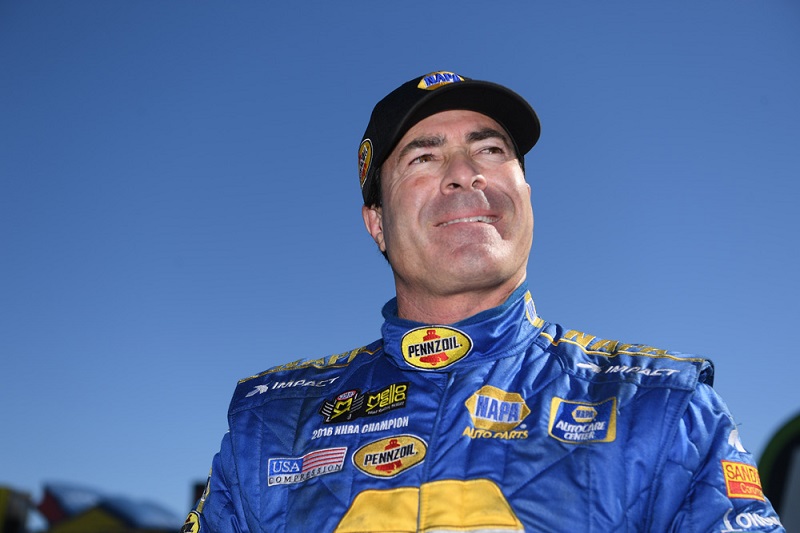 “The car drives so much better, so much nicer, and I have to have way less steering input, which is a good thing. There’s more downforce on the front end, which is great. I’m excited about running these new Dodge Charger SRT Hellcat bodies. I think it’s going to be a fun year.”