Behind the NAPA Filters Dodge Charger SRT Hellcat, Capps captured his 24th career No. 1 qualifier on the strength of his track record-setting and career-best run of 3.837 seconds at 339.28 mph in Friday night’s second qualifying session. It was the second fastest speed in NHRA history. He collected eight bonus points for his strong qualifying performance which also included a session-best run in Q1, and the second-quickest pass of Q4. 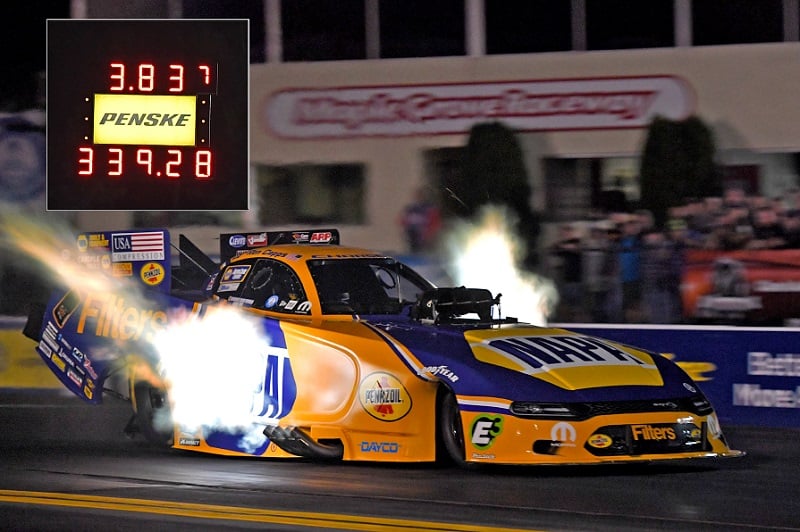 As the No. 1 qualifier, Capps drew nitro rookie Mike McIntire, Jr. in the opening round of eliminations, and started his race day with a win light when his 3.909-second pass easily defeated McIntire’s tire-smoking effort. 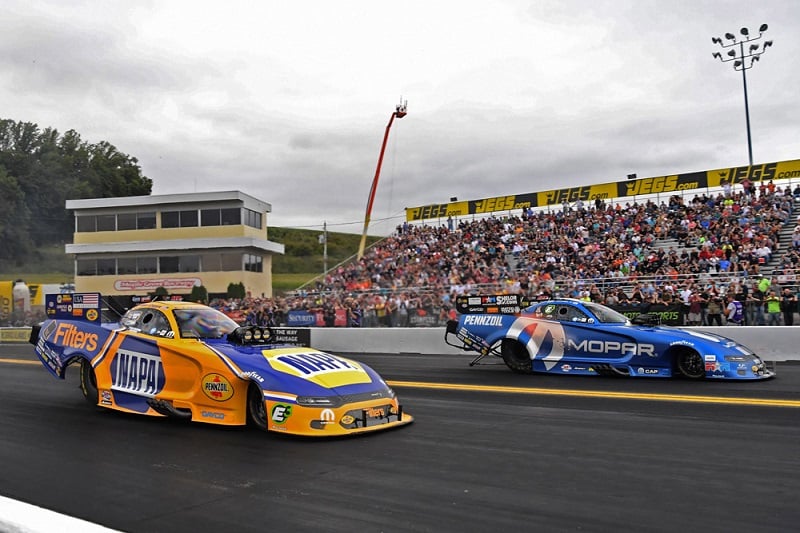 In round two, Capps faced teammate and fellow Countdown contender Matt Hagan. Against, Hagan, Capps was flawless, using a quick reaction time coupled with a stout 3.916-second pass to earn the win and advance to the next round. The semifinals featured another match-up rife with Countdown implications, with Capps battling it out with John Force. Capps had a sizeable starting line advantage against Force, but his car lost traction just before half-track, causing him to slow allowing his opponent to drive past for the win. 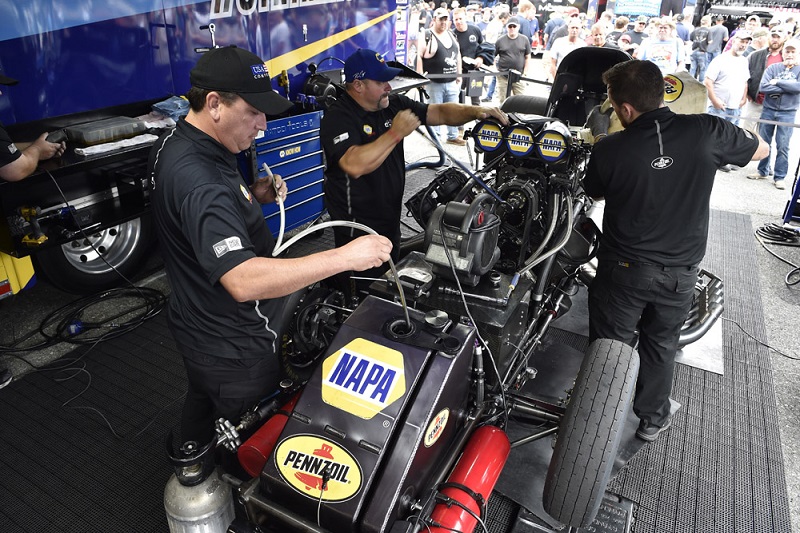 “This was a wild weekend,” said Capps, who celebrated his 550th professional race during the Reading, Pa., event. “It was crazy for us to come here with a game plan to work on, knowing the cool temperatures that faced us on Friday and Saturday, especially since we’ll likely see similar conditions later in the Countdown. Then, to go out and set the track records, that was fun because I knew what we were trying to do, and it was neat to go out and watch a plan come together. 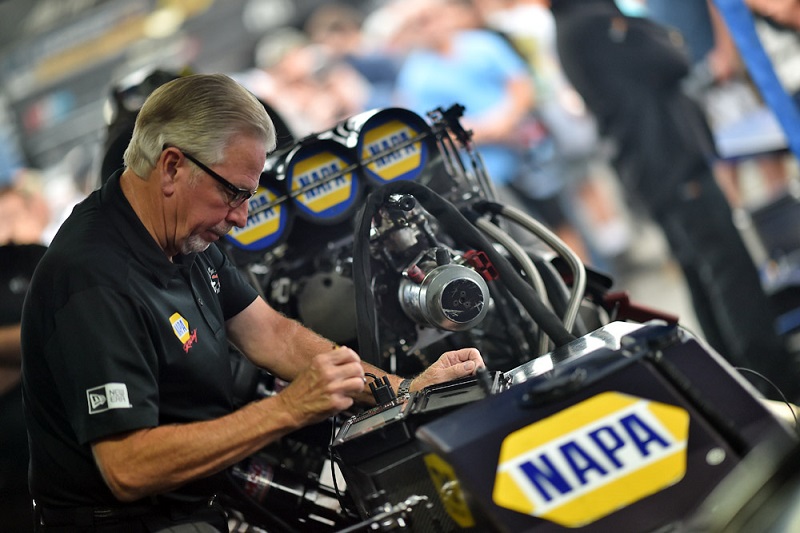 “We also knew that the conditions today were going to be completely different – mid-80s and hot. (Crew chief) Rahn Tobler is so good at adapting to the changing conditions, and it was fun to watch him approach today like he did.” 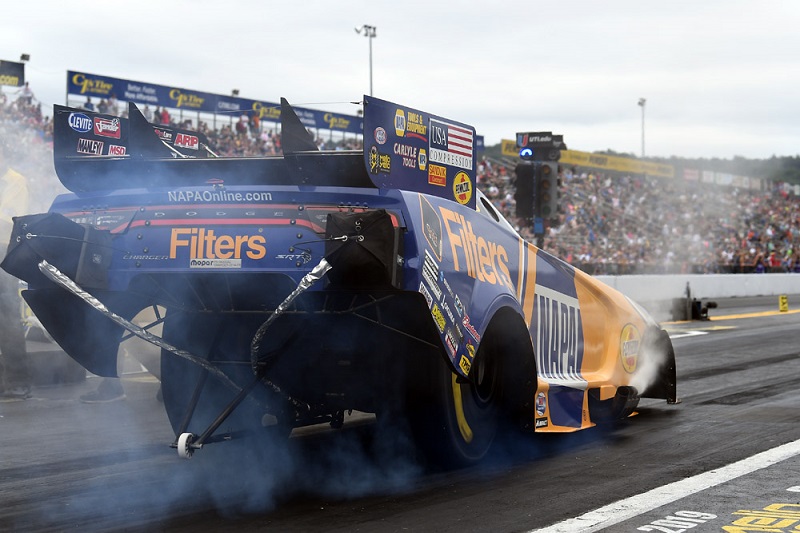 While his race day was cut one round short of what he had hoped, Capps was successful in moving up from fifth to fourth in the NHRA Countdown to the Championship standings with five races remaining. The 2016 Funny Car world champion is within one round of third place, and 43 points behind the current No. 1 ranked driver and teammate Jack Beckman. 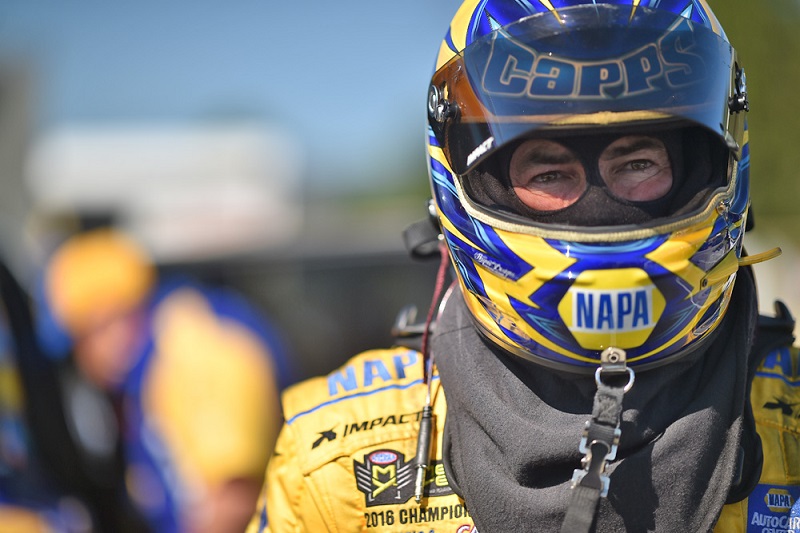 “We definitely made up some ground in the points, and that’s something we discussed heading into the Countdown,” explained Capps. “We want to gather up all the small points that we can. There are so many good race cars out here, but to be able to gain eight points during qualifying, that’s almost a full position. We’re off to a good start. We’ve said it before, you can’t win the Countdown in Reading, but you can certainly put yourself out of position to win it, and I think we had a good solid weekend.”