Defending NHRA Funny Car world champion Ron Capps announced a partnership with Toyota ahead of the NHRA Four-Wide Nationals at zMAX Dragway in Concord, N.C., and at his debut race behind the wheel of his brand-new NAPA AUTO PARTS Toyota GR Supra, Capps was one of the top performers during qualifying before successfully advancing to the final elimination quad on race day. 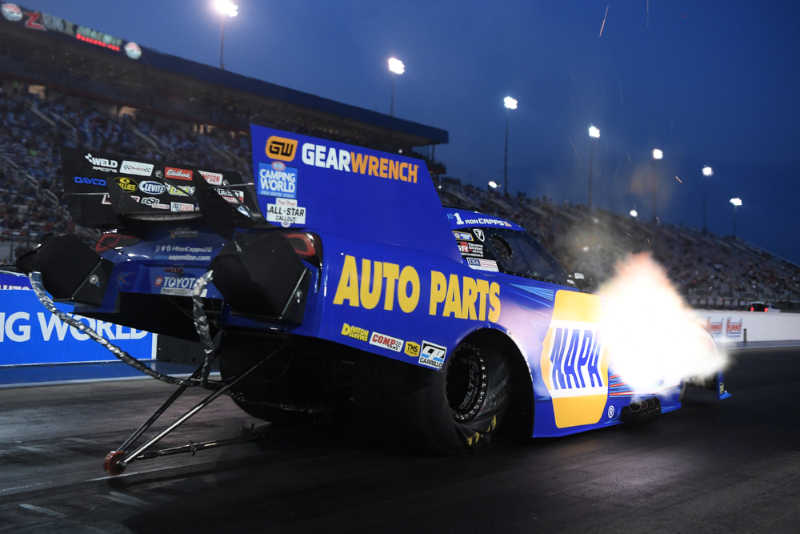 Right out of the gate, Capps opened the weekend by posting the third-quickest run of the first qualifying session when he took the NAPA AUTO PARTS Toyota Supra on its maiden voyage. He then followed his impressive inaugural pass with a ‘top three’ E.T. in Q2 before rocketing to low E.T. of the round in Q3. For their efforts, the NAPA team earned five qualifying bonus points overall and the No. 3 seed to start race day. During the first round of eliminations, Capps used the best reaction time of his quad coupled with a 3.923 E.T. to advance to round two where he clocked a 3.954 E.T. to defeat Mike McIntire, Matt Hagan, and J.R. Todd and earn a bid to the finals. The new team owner won the most recent NHRA Four-Wide Nationals in Las Vegas a few weeks prior and was looking for a repeat performance on Sunday, but a loss of traction near halftrack caused Capps to slow and allowed opponents John Force and Robert Hight to cross the finish line beams first. The 69-time race winner’s Concord, N.C., outing was recorded as a semifinal finish, and he departs zMAX ranked third in the Funny Car point standings.

“What an incredible weekend. It would have been a storybook ending to get a win at the Charlotte four-wides but the fact that we were able to announce our partnership with Toyota and debut our new GR Supra body was just incredible, and I can’t thank Toyota enough for fast-tracking this so that we could have our car ready to race here in Charlotte this weekend,” said Capps of his new partnership with Toyota which was announced on Thursday ahead of the race weekend. “I really can’t say enough about all of the hard work that was put in by Slugger Labbe and everyone at Toyota. This is going to be such a fun season, and I was ecstatic to be able to take the NAPA AUTO PARTS GR Supra Funny Car down the track on Friday night and make such a good opening run. 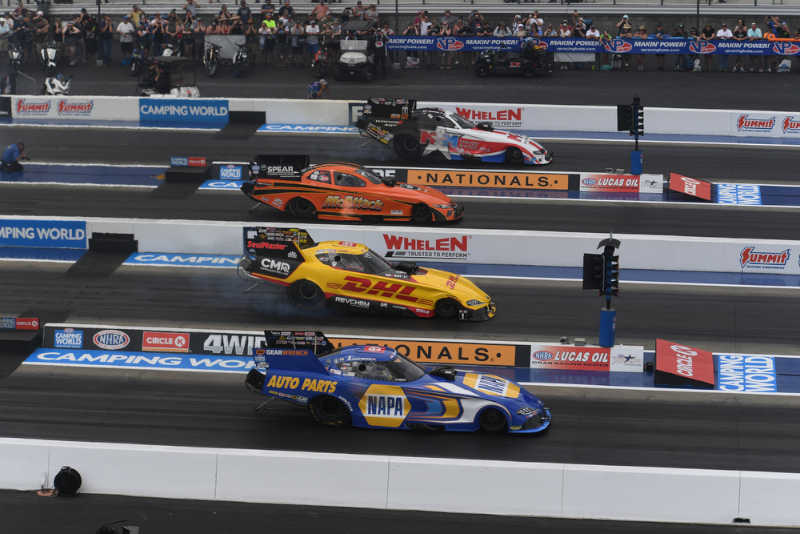 “The fact that we made it all the way to the final round today gives us more data and more runs, and the fact that we had a chance to win our NAPA Supra’s debut race, it was really just a great weekend overall. We were pushing pretty hard in the finals. I know Guido (crew chief Dean Antonelli) wanted to run between a 3.85 and a 3.87 because we figured our competition would run those numbers, but I don’t mind losing a race when I know we went up there to run that hard. That’s what makes us such a great team. The guys are headed back to the shop tomorrow and we’re headed to Richmond next. We haven’t been back there since before COVID, and I know we have some very, very excited NHRA fans, and we’re ready to put on a good show for them in two weeks.” 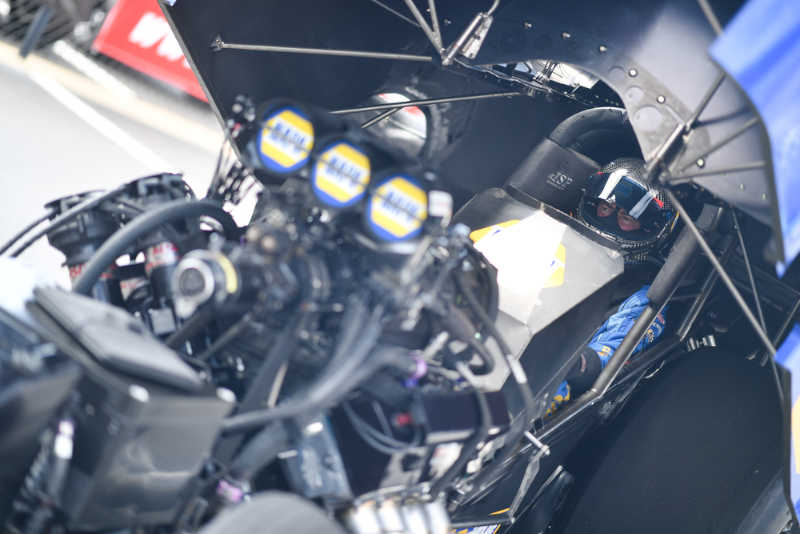 Capps and the NAPA AUTO PARTS team will compete next at the Virginia NHRA Nationals in North Dinwiddie, Va., near Richmond where Capps will have another shot at becoming the first Toyota GR Supra Funny Car pilot to bring home the Wally trophy hardware.

Next Race: May 13-15, Virginia NHRA Nationals, North Dinwiddie, Va.
How to Watch or Listen: FS1; NHRA.TV