SONOMA, Calif. (July 27, 2014) – It wasn’t a perfect homecoming for Ron Capps but the veteran racer who grew up near Sonoma Raceway knows that you can’t win every time at your home track.

Ron, who has left Sonoma with the Funny Car trophy four times, was upset in the opening round Sunday when his NAPA AUTO PARTS Dodge Charger R/T that qualified No. 7 lost to Alexis DeJoria. 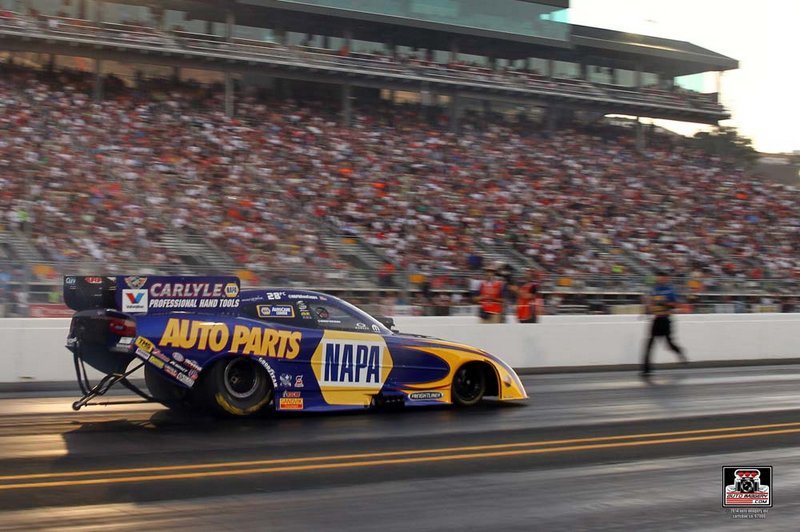 “It’s always a great weekend when we’re at Sonoma but we really wanted to do better in front of our family and the hundreds of friends from NAPA who came out to the race,” said Ron, who held onto to his third-place ranking in NHRA Funny Car standings.

The NAPA team led by crew chief Rahn Tobler was confident going into the first round of the Sonoma NHRA Nationals but something led to the car losing traction and slowing to a 4.533-second run at 220.51 mph to DeJoria’s 4.119 (308.05).

“We’re not sure what happened,” Ron said after the run. “Something must have broken that led to us losing traction like that. It’s just so disappointing that we can’ have everyone in the winner’s circle again. There is no place better to party than Sonoma.

“But we’ll be ready when we get to Seattle next week.”

Three races remain in the NHRA Mello Yello Drag Racing Series regular season before the top-10 are finalized and points reset for the six-race Countdown to the Championship playoff.

The Sonoma Nationals was the second stop of the annual “Western Swing” with three races in three weeks. The Swing closes with the stop near Seattle. 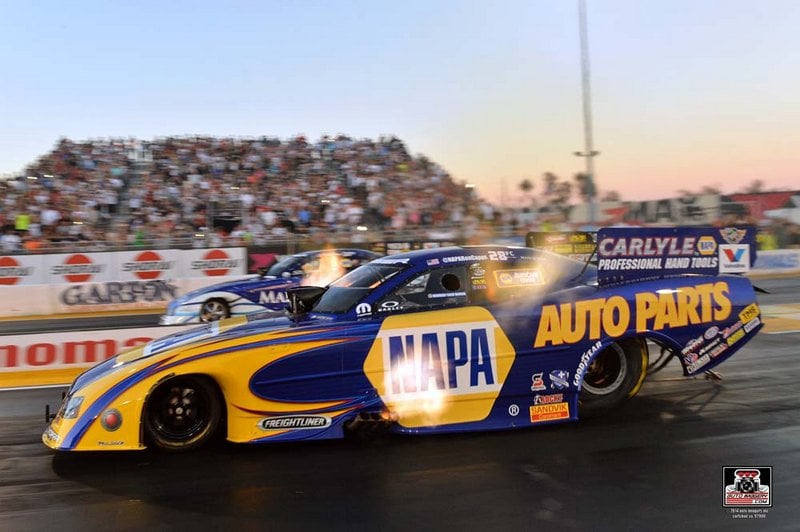 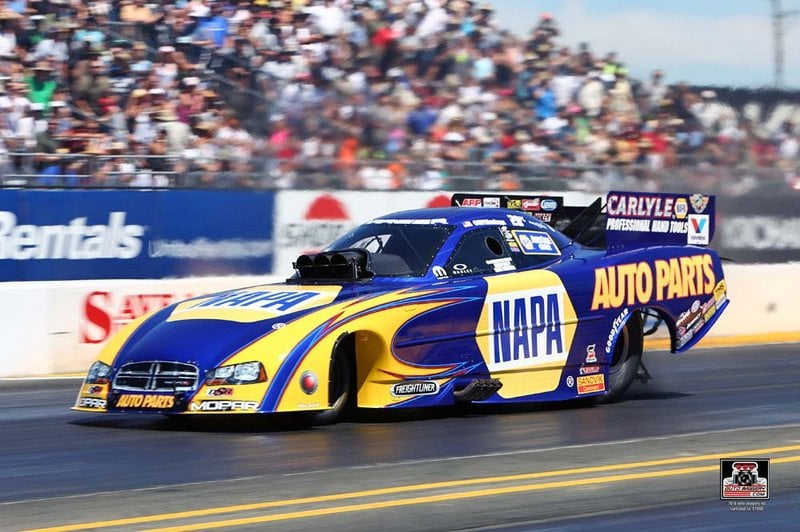 (Unofficial after 15 of 24 events; DSR drivers in CAPS)