The most recent event winners on tour continued their dominance throughout qualifying at the NHRA Nationals in Norwalk, Ohio. After making two bonus point-worthy runs, Ron Capps qualified second for his 500th professional event. Capps raced to victory in round one before falling victim to tire smoke in the quarterfinals.

Capps and the NAPA AUTO PARTS Dodge Charger R/T Funny Car team entered the 12th annual NHRA Nationals in Norwalk, Ohio fresh off of a trip to the winner’s circle from the previous event. 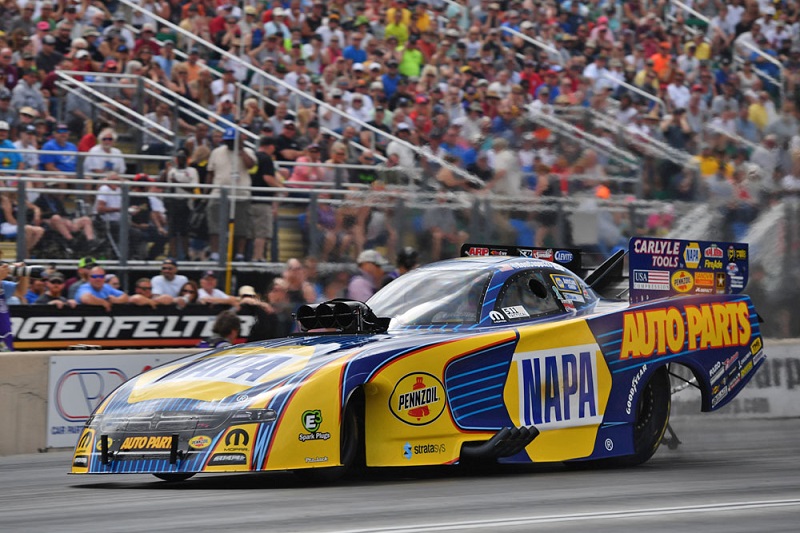 Picking up right where they left off, the Rahn Tobler-led team dominated throughout qualifying. Two days of persistent rain showers meant nitro teams were permitted only two shots at the race track before race day fields were set. Capps collected bonus points during each session, running second-best in round one, and “best of class” in the second session.

Capps, a three-time Norwalk runner-up, kicked off his 500 th professional race day start with a matchup against No. 15 qualifier Jeff Diehl. Capps drove away with the immediate round win when Diehl stood on the gas early and fouled out. 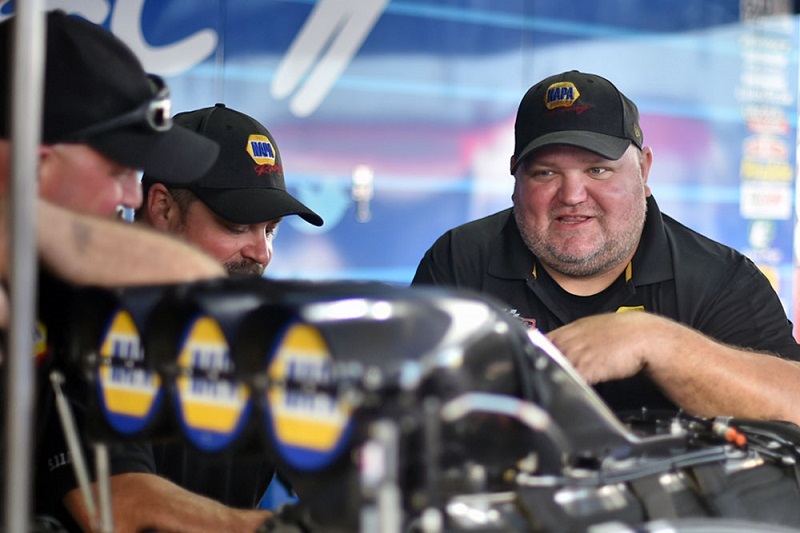 “We haven’t smoked the tires that early into a run in a very long time,” said the 2016 Funny Car world champion. “We had so much momentum; we felt great about going in (to round one.) 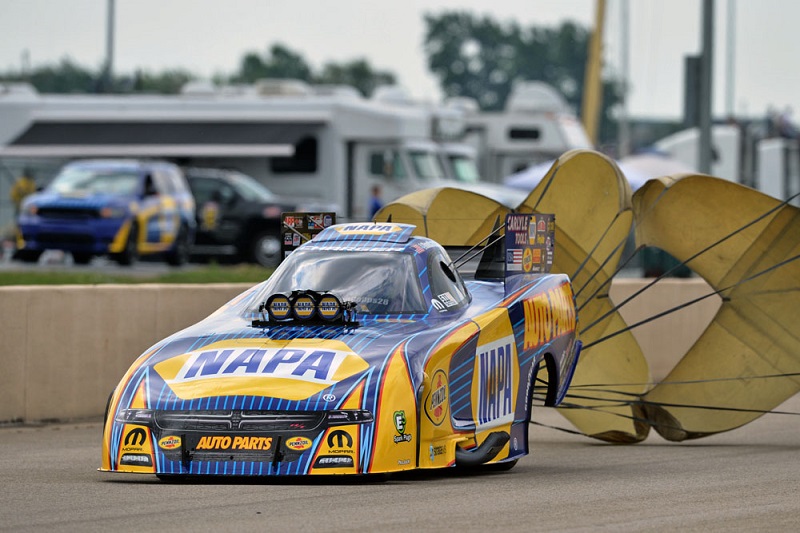 “This race car we’ve been running is going into the DSR fab shop this week and getting a front half. We try to put a certain amount of runs on each of our Funny Cars at DSR, and it’s gotten to be more and more runs, which is great. As busy as DSR is with four Funny Cars, and three dragsters, you sort of have to get in line and get on the list to get it done. Luckily, Rahn Tobler got on the list for this week, so going into Epping we’re going to have brand-new pipe. It’ll almost be like a brand-new chassis. I’m excited, it’ll be like a new car, and we’ll run that for the rest of the year.” 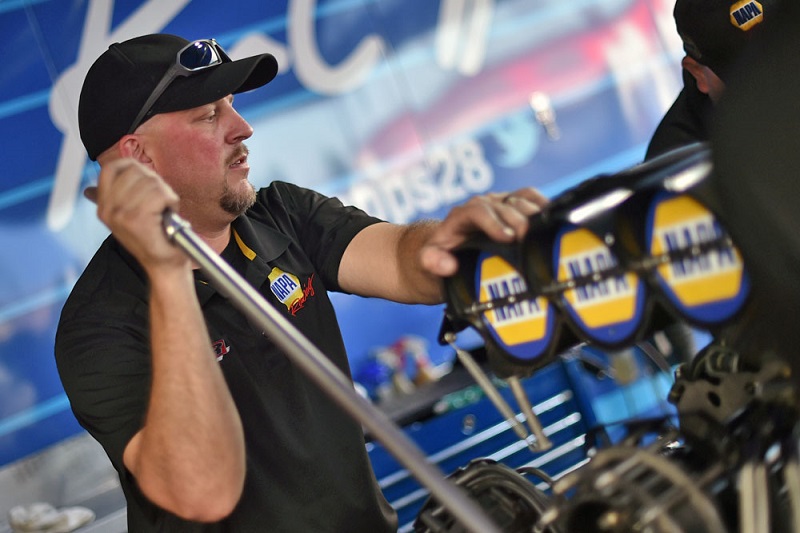 Capps and the team have a weekend off before heading east to Epping, New Hampshire for the NHRA New England Nationals where they have raced to victory twice in the past four years.

NAPA Know How Blog Capps Qualifies for his 500th Event, Finishes in Quarterfinals at Norwalk