It was a near-perfect weekend for defending NHRA Camping World Series Funny Car champion Ron Capps, who raced to a runner-up finish at his debut event as a team owner. In what can only be described as a dominant qualifying performance, Capps started race day from the No. 1 seed after clocking the quickest times in both the second and third qualifying sessions, and the third-quickest E.T. in Q1 at the season-opening NHRA Winternationals. 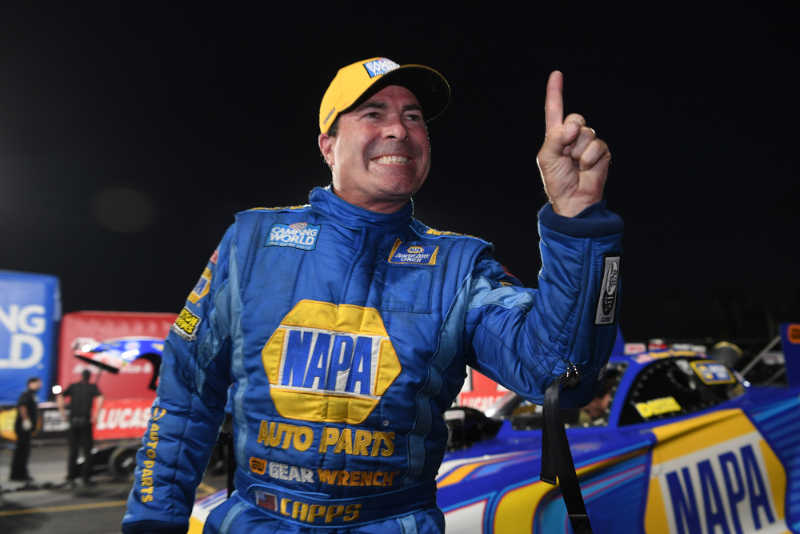 “To open our 2022 season as a new team, and with everything going on as a team owner, and knowing the competition is going to be so tough this year, and then to have a No. 1 qualifier, run top speed of the meet, and almost win the race was just a fantastic way to start,” said the Carlsbad, Calif., resident as he reflected on Ron Capps Motorsports’ inaugural weekend, which included a race day stacked with a world champion-competitor in each round of eliminations. 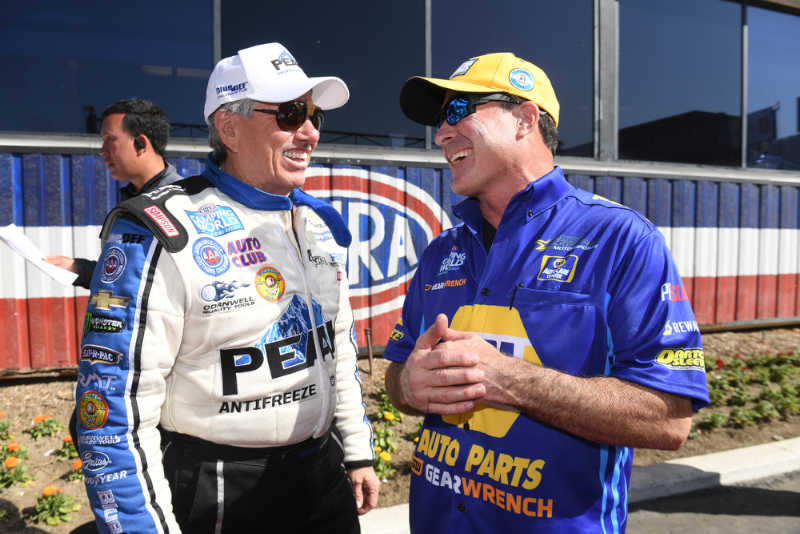 Starting from the pole, the newly-formed Ron Capps Motorsports team faced Funny Car heavy-hitter John Force as their first round opponent. Force had struggled throughout qualifying, but Capps, the second-winningest Funny Car driver in the history of the sport – second only to Force – knows better than to take him lightly. In what was billed as NHRA’s ‘marquee matchup,’ Capps was first to stand on the gas, and he used his holeshot start coupled with a 3.920-second E.T. to defeat Force, whose weekend struggles continued into race day. 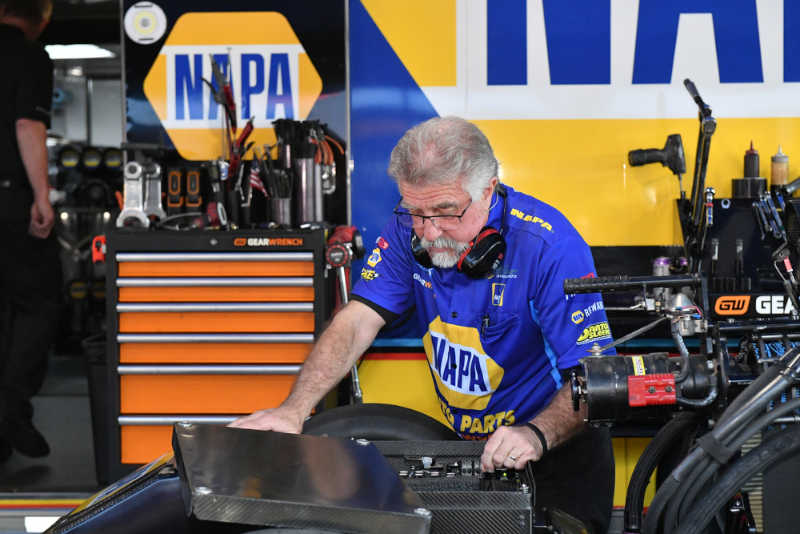 In round two, Capps faced fellow world champion J.R. Todd. and, once again, the NAPA AUTO PARTS Funny Car pilot was first off of the line and clocked the second-quickest E.T. of the session (3.890) to earn lane choice over Cruz Pedregon in the semis as Todd was forced to shut his machine off early after dropping cylinders mid-run. In the semifinals, Capps continued his trend of leaving first and posted his sixth consecutive three-second pass for the win over Pedregon, setting up a final round showdown with Robert Hight. The two-time world champ went four-for-four in holeshot starts by ripping off a .055-second reaction time versus Hight. Capps’ NAPA AUTO PARTS machine charged hard to the finish line stripe, lighting up the scoreboard with a 3.882-second at 333.82-mph time, but the impressive blast wasn’t enough to outrun Hight who edged past by running a 3.861, which was low E.T. of the event. 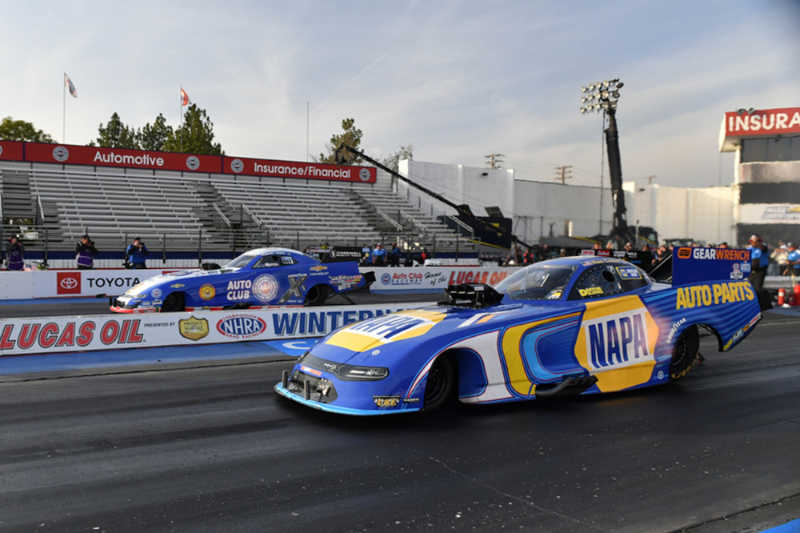 “What a weekend,” exclaimed Capps. “I mean, obviously, you want to come out swinging right out of the gate, and you’ve got to set these small goals that we talk about. First, you’ve got to qualify well and put yourself in a position where you have lane choice, and we did that. 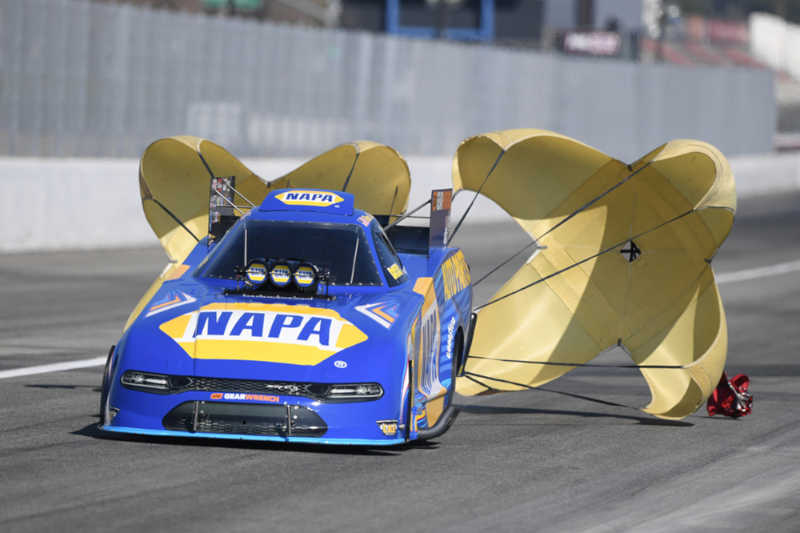 “Obviously, we would have liked to win but you couldn’t script it much better. I’m very blessed to have a lot of good people around me and the best part of this weekend in Pomona was the fact that we had all these wonderful NAPA AUTO PARTS people come out to the race and support us. When they heard that we were going to be owning the team moving forward, the outpouring of support was incredible. These NAPA AUTO PARTS store owners are people from your own community, your own neighborhood. They work hard and have their own business and know what it takes to build a business. So, it was really fun to be able to chat with them. I can’t tell you how much it means to have all that support. It’s going to be a tough season but I feel much better knowing that as a team owner, I’m able to get in the car, hit the gas, and put everything else aside for those few minutes while I’m in the car. Big things to come for this NAPA AUTO PARTS team.”