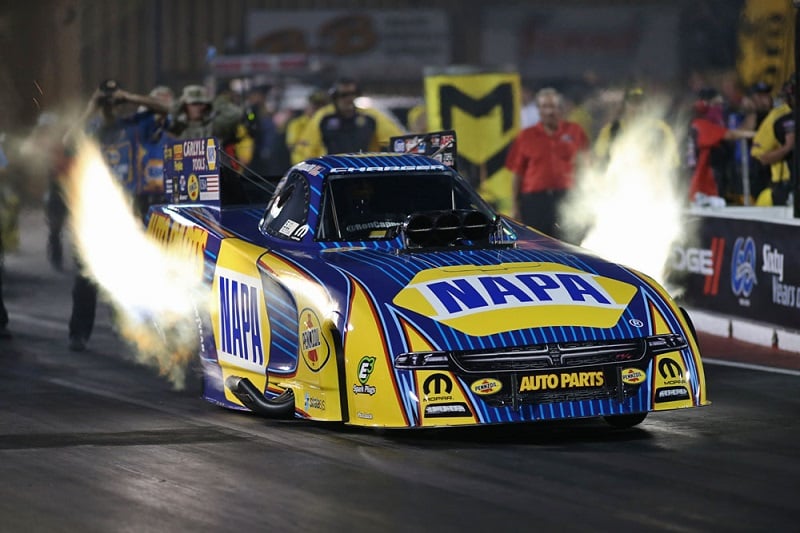 Capps, the winner in 2009 on “Thunder Mountain,” started race day in the seventh position. The 2016 world champion took his NAPA Dodge to a round-one win over J.R. Todd, leading off the starting line and carrying it to the finish. An all-DSR Dodge matchup against teammate Jack Beckman awaited Capps in the quarterfinals. Capps had the advantage off the starting tree with a 0.072-second reaction, and his 4.082-second at 309.70-mph pass was more than plenty to beat Beckman, who lost a cylinder early. 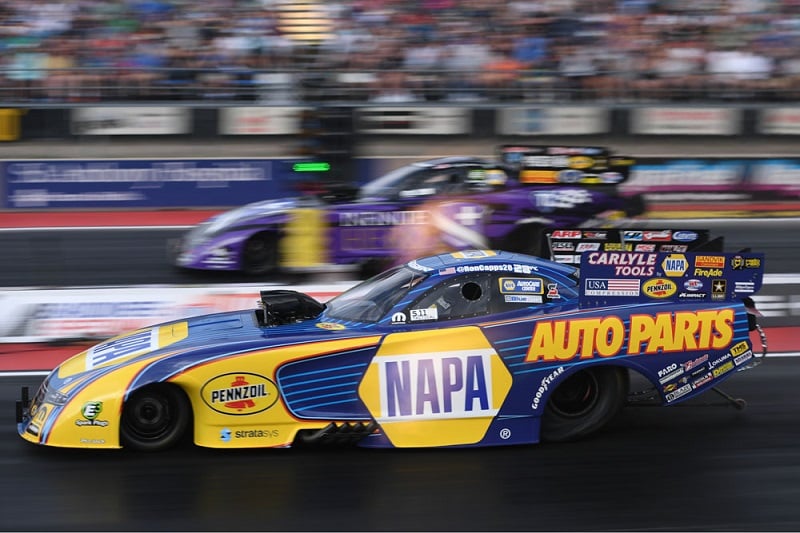 In the semis, Capps’ ultra-quick reflexes (0.036 reaction time) earned the holeshot win with his 4.052-second pass versus reigning world champion Robert Hight’s 4.035 E.T., sending Capps to his 115th career final round and third of the season.

The final round found Capps and John Force, the two winningest Funny Car drivers in NHRA history, battling it out for the Bandimere Speedway Wally. Capps had met up with Force 94 times prior, with Capps emerging victorious 38 times, including all three of their previous 2018 race day matchups. In their 95th meeting, Capps powered to a solid pass of 4.067-seconds, but Force was able to snag the holeshot win with his 4.075 E.T. 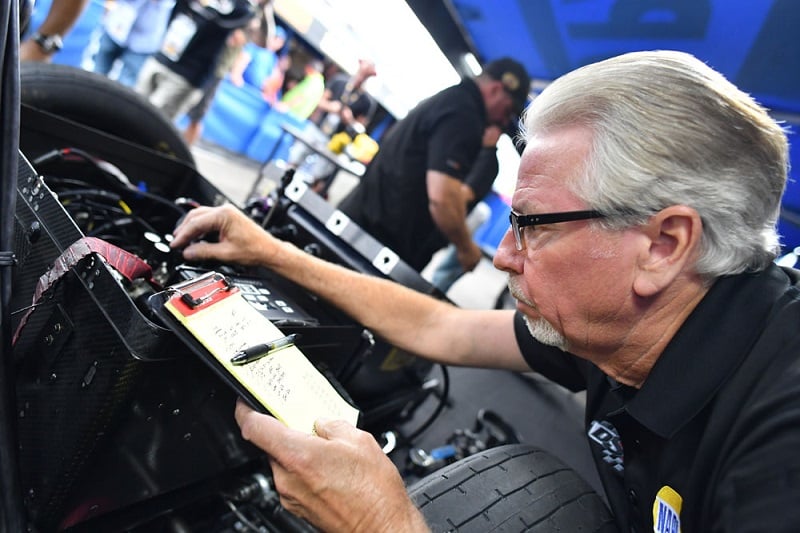 “You can say all you want about him deep-staging, but he turned the win light on, and that’s why he’s John Force,” said Capps. “We’ll get a crack at him again soon, I’m sure. My NAPA AutoCare guys were on it. We had some very quick turnarounds today, and they just kept plugging away.

“It was one of those days. You live and die by the sword. We won on a holeshot against Robert (Hight), and then we lost in the final. Both close races, but it was fun to watch Rahn Tobler incrementally make these changes to make the car quicker and quicker all day. 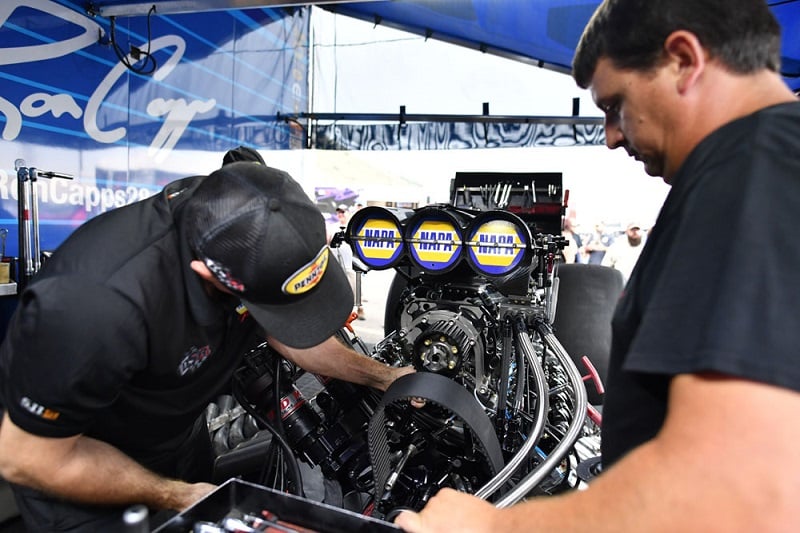 “This is a one-off race, the way we look at it. I can’t say how fun it was to watch (crew chief) Rahn Tobler and (assistant crew chief) Dustin (Heim) work today. The drivers talk about how difficult it is up on this mountain, but it pales in comparison to our crew members and what they go through to service these cars in the heat and the altitude. They’re the inspiration.” 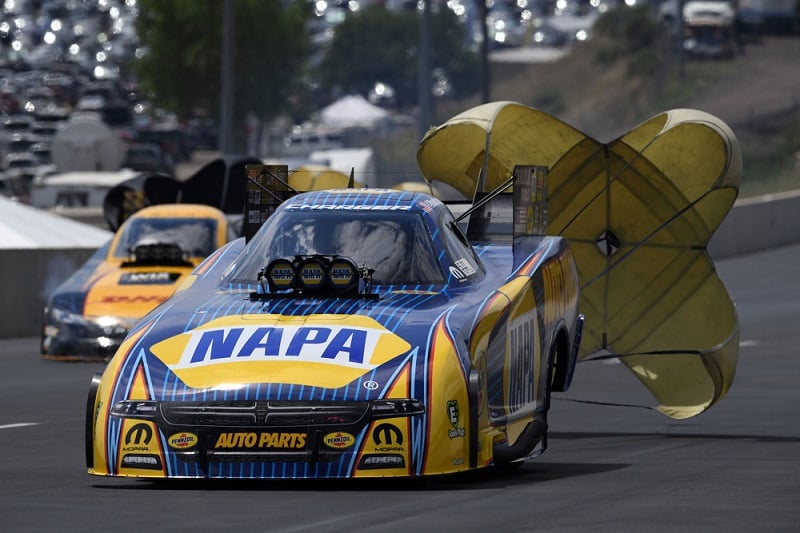 Capps’ long day of going rounds on the mountain enabled him to collect 96 points and move up from fourth to third in the NHRA Mello Yello Countdown to the Championship point standings.

NAPA Know How Blog Capps Races to Runner-Up Finish in Denver, Advances to Third in Points