Ron Capps is chasing his second Funny Car world championship and Don Schumacher Racing’s 19th series title, and by powering to a runner-up finish at the Dodge//SRT NHRA Nationals Presented by Pennzoil, Capps extended his lead to 58 points over his No. 2 ranked teammate, Matt Hagan, departing the penultimate event of the 2021 NHRA Camping World Series season. 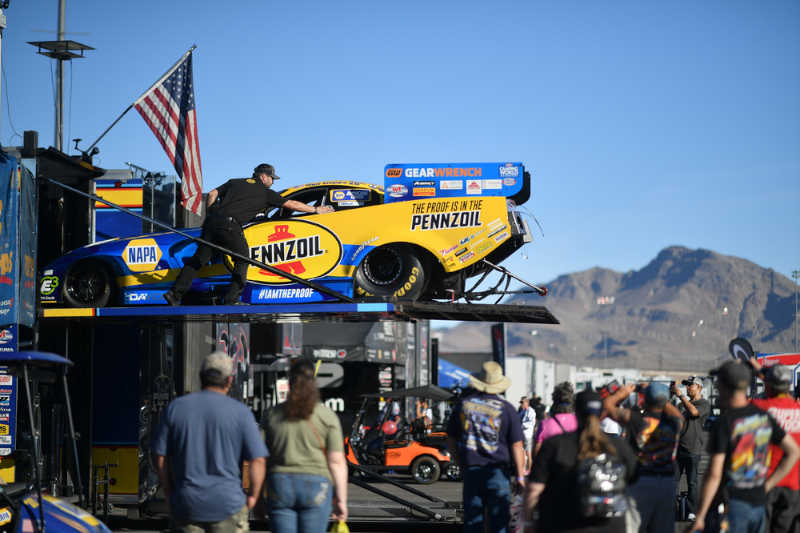 The 2016 Funny Car world champ entered the weekend carrying a one-point advantage over Hagan, but by the time qualifying wrapped up on Saturday night at The Strip at Las Vegas Motor Speedway, Hagan had reclaimed the No. 1 position and held a two-point margin on Capps heading into Sunday’s elimination rounds. While Capps sat strapped into the Pennzoil Synthetics/NAPA AUTO PARTS Dodge Charger SRT Hellcat ready to take on his round-one opponent, he watched as Hagan bowed out early, putting Capps in prime position to make a major move in his championship campaign. 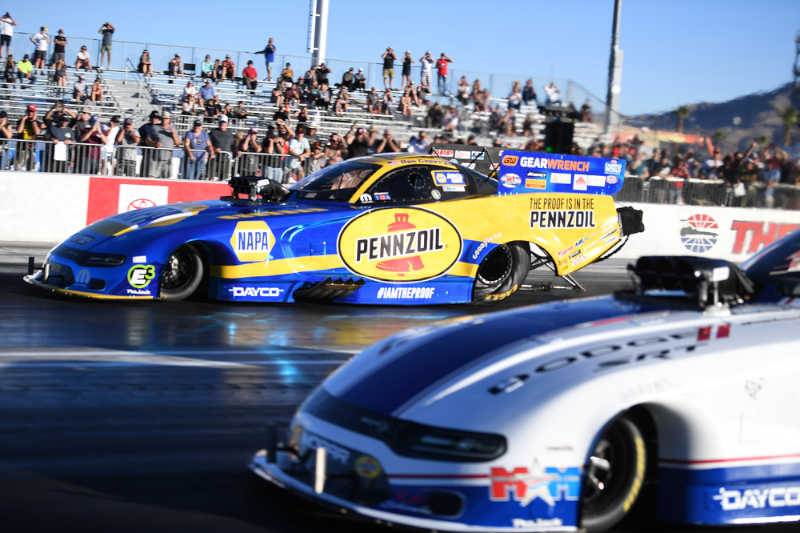 As the No. 8 seed, Capps faced tough competition early in the day drawing fellow top-ten contender, Tim Wilkerson, in E1. Crew chiefs Dean ‘Guido’ Antonelli and John Medlen used their NAPA Know How to tune Capps’ machine to low E.T. of the round, effectively defeating Wilkerson and allowing Capps to move back into the points lead in the process. Capps and the NAPA team continued their race day dominance in rounds two and three. After notching the holeshot advantage and rocketing to low E.T. of the session in both rounds, Capps defeated Alexis DeJoria and Robert Hight to set up a bid to the finals, his fifth of the season and second in the first six Countdown to the Championship playoff events. 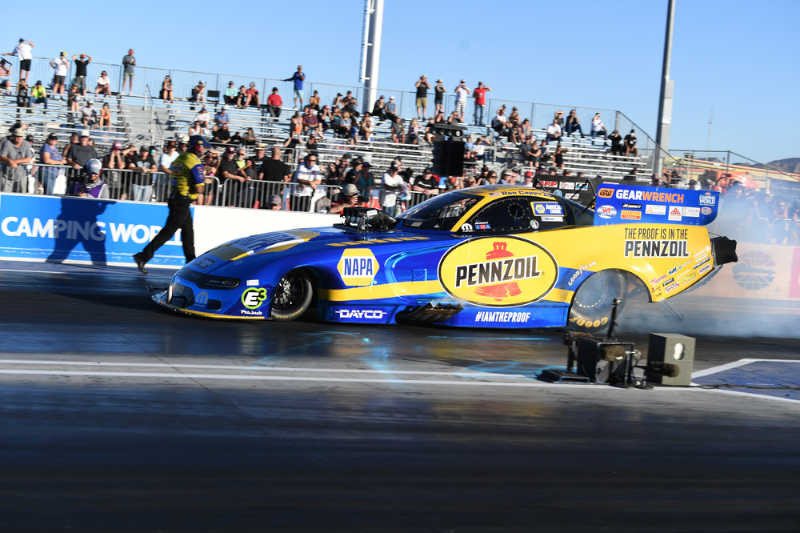 The final round featured a showdown between Capps and championship-challenger Cruz Pedregon, who placed himself solidly back into the title hunt conversation on Sunday after fellow top-five contenders J.R. Todd and John Force were defeated in the first round. The veteran drivers lined up and Capps launched hard off of the starting line, but his machine suffered an explosion shortly after, ending his chances at capturing a sixth Vegas Wally trophy. 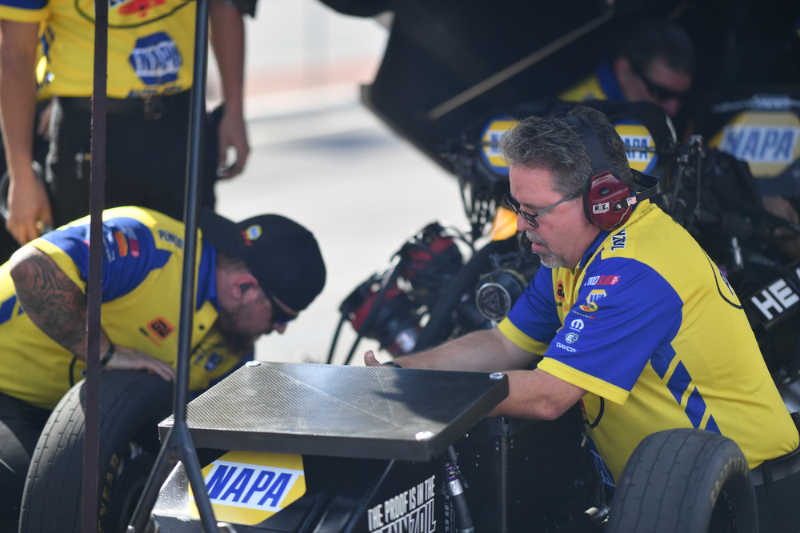 “You look at qualifying and look around and we didn’t qualify as well as we’d liked,” explained Capps of his weekend performance. “It was one of our worst positions all season and we still had lane choice. That tells you how good this NAPA team has been all season. Then you have Tim Wilkerson first round. And we’re the last pair of Funny Cars, the 16th pair of nitro cars, and we’re sitting there waiting and listening to so many of the other contenders fighting for a championship, and (Matt) Hagan, J.R. (Todd), (John) Force, go out. It’s Halloween, but you think ‘how strange of a day.’ And we had to wait and wait for our first round match-up with Tim. He beat us in the final at Indy and that’s such a tough car and team. We got by a close one there in that first round and that was huge. Then we had Alexis (DeJoria), the No. 1 qualifier, then Robert Hight, a three-time world champion, and Cruz Pedregon, another champion. That’s a ‘murderer’s row’ on race day. We had to fight every round and this NAPA/Pennzoil car was just so fun to drive. We had a lot of friends and folks from NAPA headquarters in Atlanta and from GearWrench and family members here all weekend, and that was huge to go rounds in front of all of them.” 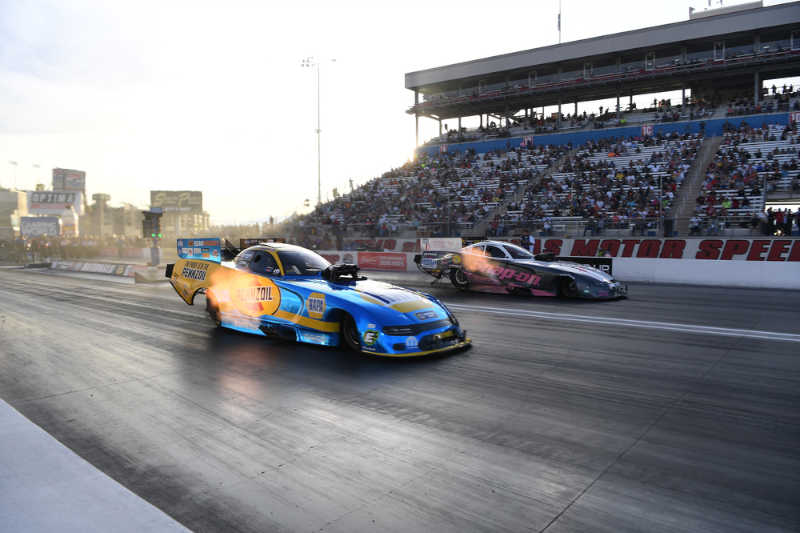 One race remains in the 2021 NHRA Camping World Series season before a champion is crowned in Pomona, Calif., and with the NHRA Finals’ unique points-and-a-half format, the stage is set for what is sure to be an exciting showdown for the final prize. Capps will enter the event with a 58-point lead over Hagan, and an 83-point cushion between him and Pedregon. 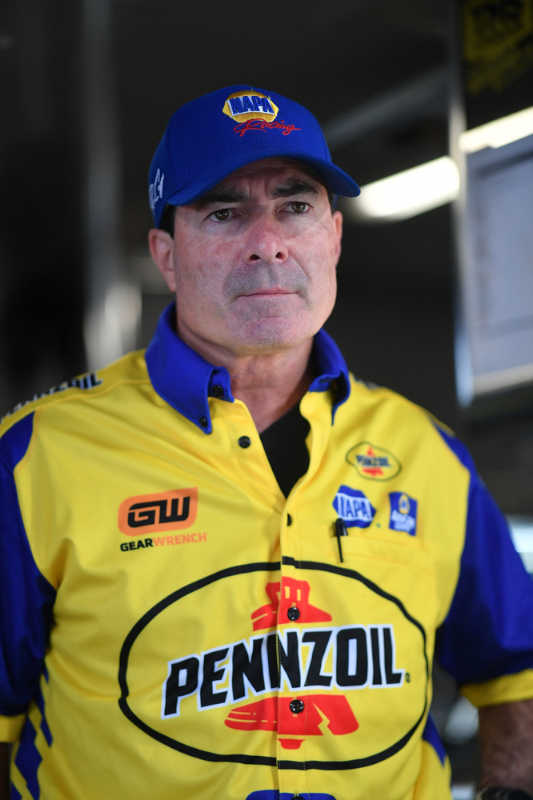 “We’ll take any amount of points and Pomona is a such an outlier with the points-and-a-half deal,” Capps said. “There are so many points up for grabs. I’m not even thinking about winning this thing. We’ll keep doing what we’ve been doing and it was unfortunate in the final round, but I can’t wait for Pomona. Two weeks cannot come soon enough.”