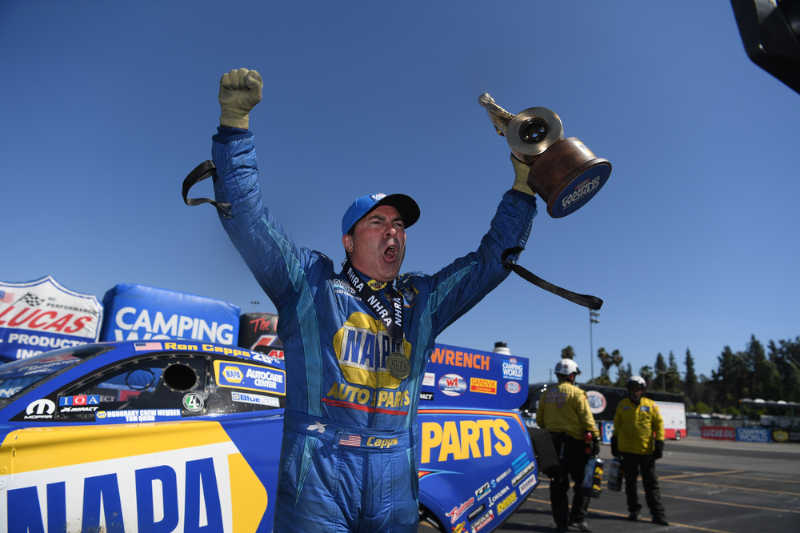 Prior to Sunday, Capps had come close to tasting victory with his new Dean ‘Guido’ Antonelli/John Medlen-guided NAPA team, including a runner-up finish in Houston and consecutive semifinal appearances at the three most recent events. He spent the past several weeks describing his team as ‘a win waiting to happen,’ and after battling through the 18-entry Pomona Funny Car field to nab the pole for the second week in a row, he drove his No. 1 qualified NAPA Dodge past Bobby Bode, Bob Tasca III, and John Force to meet fellow former world champion J.R. Todd in the final round. Against Todd, Capps set off the win light with a 4.151 E.T. to defeat his opponent’s 4.289-second effort in a nail-biter of a race that forced both drivers to maneuver through dropped cylinders. Capps’ triumph marked his fourth Winternationals victory, and propelled him into the Funny Car point lead. 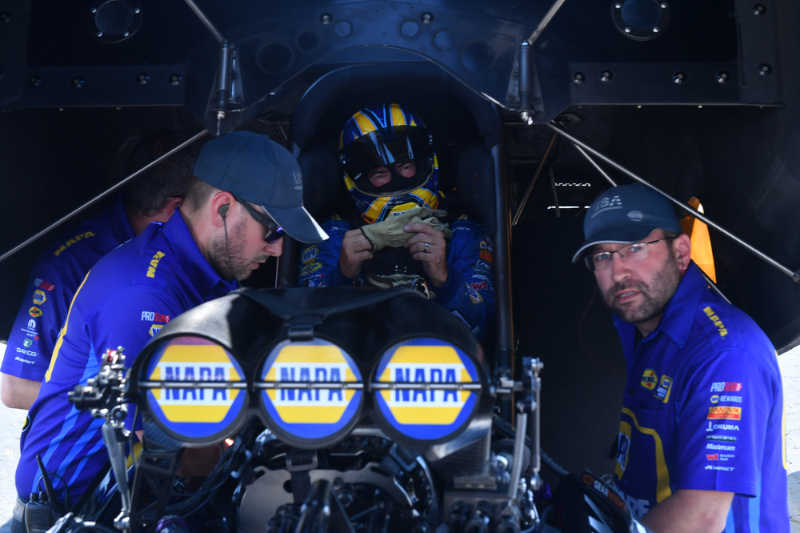 “I was thinking this week I should stop saying ‘a win’s coming,’ because I felt like maybe I was jinxing it but I truly felt like our team was like Pac-Man,” said Capps, who jumped four spots up to first in the Funny Car standings. “You know, we were just chomping through these Camping World series points – semifinal after semifinal, a final in Houston. We’ve been consistent, and I really think we can have the regular-season point lead going into the Countdown. We just need to keep doing what we’re doing.” 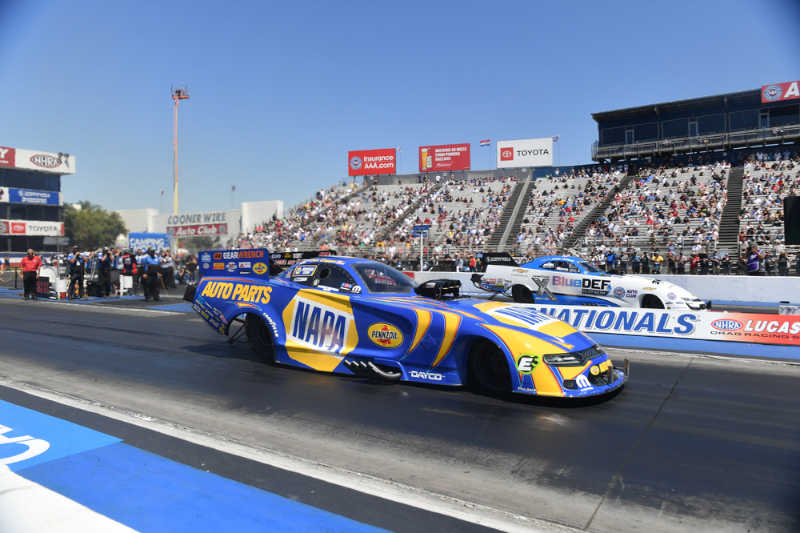 Sunday’s win was not only significant for the lifelong California resident because it was achieved in front of friends and family at his home track, but it was also the first time he won with his new team, and in what may likely be one of the most challenging settings NHRA teams will experience all year. 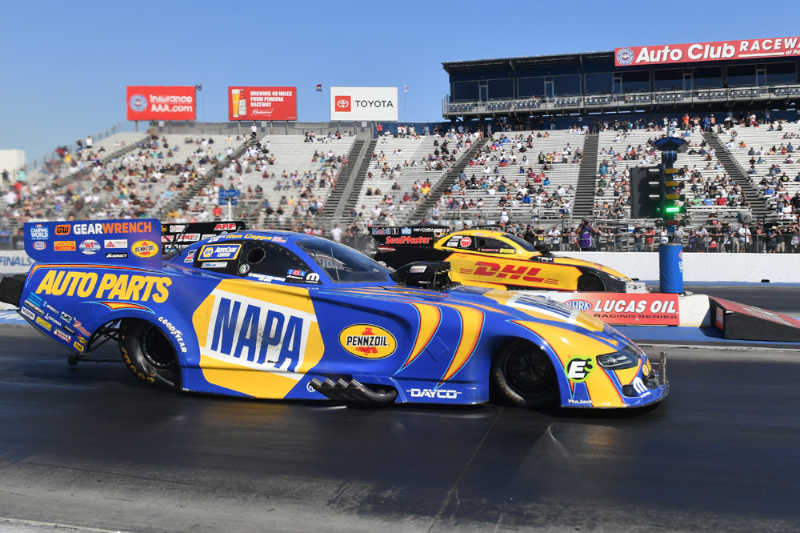 “Today was probably some of the most extreme conditions I’ve driven a Funny Car in, and maybe even the most fun car to drive,” added Capps of the hot weather that confronted teams on race day. “Everyone’s been tearing their hair out trying to get down the track and we had things happen, and cylinders going out and Guido and Medlen were just leaving it be because my NAPA Dodge was running like a bracket car. They’ve got such a nice tune-up that you can put a cylinder out and get through that rough spot and still make it down the track. We were quietly going about it every run. 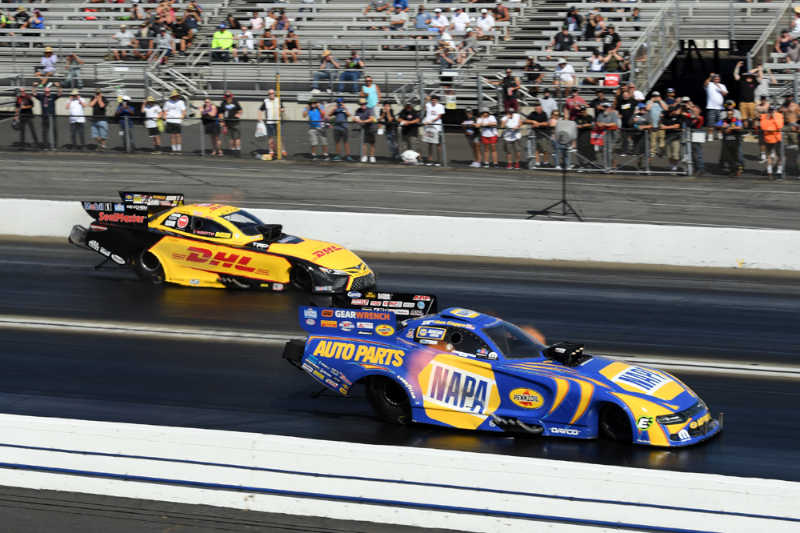 “I’ve been longtime friends with Guido but we had never worked together. I had already worked with John Medlen. I knew how he operates, and he’s light years ahead of a lot of people with these great ideas. It’s great to have them both in our NAPA lounge.” 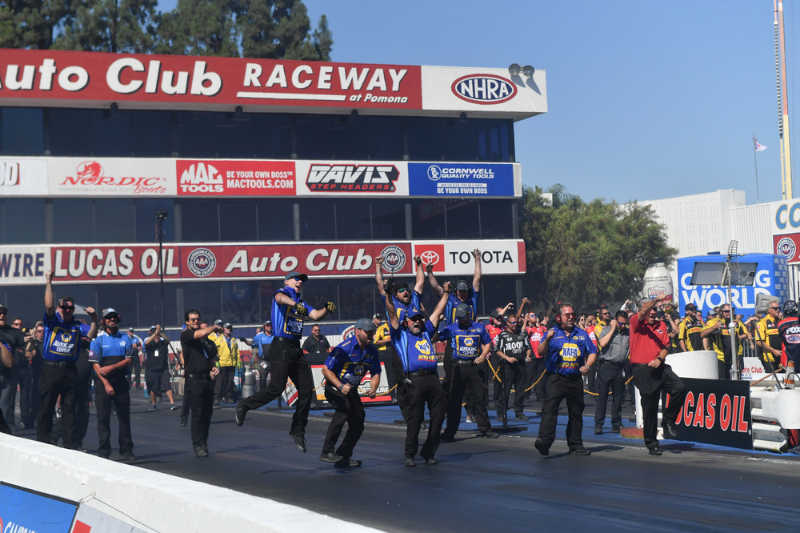