Ron Capps and the NAPA AUTO PARTS Dodge Funny Car team were solid during qualifying at the NHRA New England Nationals, posting the third-quickest run of Q2 followed by the quickest run of Q3 to earn four bonus points and the No. 2 starting position. The NAPA team had finished as the runner-up at the previous race, and were looking to take it one step further and seal-the-deal in Epping, N.H., but a round-one explosion thwarted their chances at hoisting the New England Dragway Wally trophy. 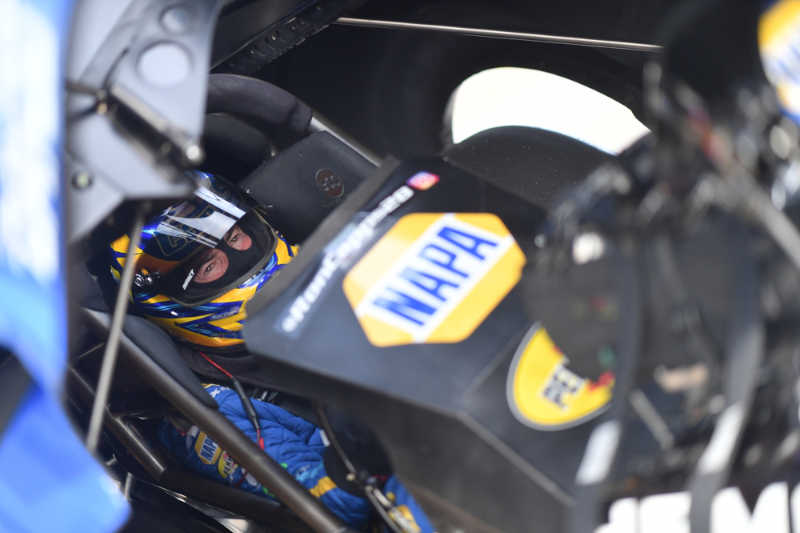 The two-time Epping winner faced No. 13 qualifier Terry Haddock in the first round. Capps and the NAPA AUTO PARTS team felt confident in their ability to defeat Haddock which would have positioned Capps to have a Bye into the semifinals based on the way the Epping ladder was set up. Capps nabbed the starting line advantage over his opponent but started hazing the tires near halftrack. The veteran wheelman finessed the pedal, attempting to get his machine to recover, but it soon gave way to a fiery explosion. Capps maneuvered his machine to a stop and was able to safely exit his vehicle, while Haddock claimed the upset win. 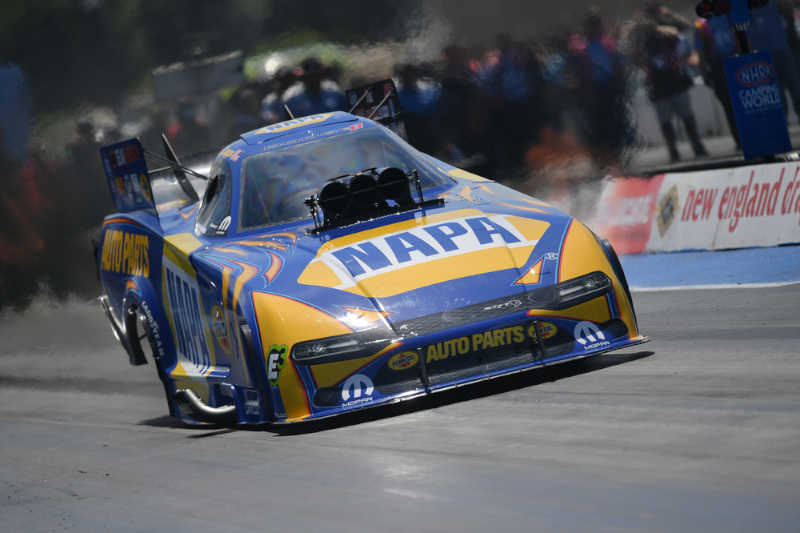 “Haddock has been running well and we knew we couldn’t take them lightly, so we definitely were prepared to lay down a good number,” said Capps, recounting his wild round-one match-up. “‘Guido’ (crew chief Dean Antonelli) came on the radio and said ‘we need to make sure we win this round’ because we knew there was a Bye into the semis and you can’t take that for granted. The car was driving fine, it was smooth, it didn’t seem out of control, and all of a sudden, the tires came loose. I waited and gave it a pedal and then the car blew up and caught fire. I didn’t even realize it at that point because I was trying to stay on it and get ahead of Haddock, and then just before the finish line I saw him drive by. By then, my legs started to feel really hot so I just wanted to get the car stopped and get out of there. The fire burned up my suit pretty badly, so I’ve got to give credit to my Impact firesuit. It protected my legs, and other than a little soreness, I’m alright. The suit did what it was supposed to do. 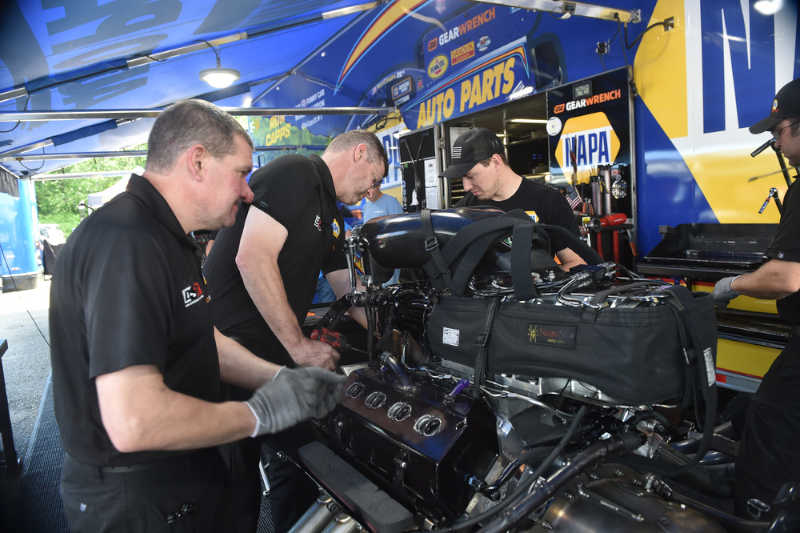 “The whole situation is a bummer because if we would’ve won that round, we would’ve had an automatic Bye to the semis, so it’s just disappointing to give up rounds like that. But, we’ll comb through all of the data, figure out why it smoked the tires and head to Norwalk.”