Two-time and defending NHRA Camping World Series Funny Car champion and new team owner Ron Capps was able to check several boxes on Sunday at the NHRA Thunder Valley Nationals in Bristol, Tenn. By defeating Tim Wilkerson in the final round, Capps became the first Toyota Funny Car pilot to race to victory aboard the newly-debuted GR Supra, scored his sixth Bristol Dragway triumph, tying him with Tony Schumacher as the winningest driver in the history of the facility, nabbed the second win for Ron Capps Motorsports, and achieved a milestone victory, picking up the 70th win of his career. 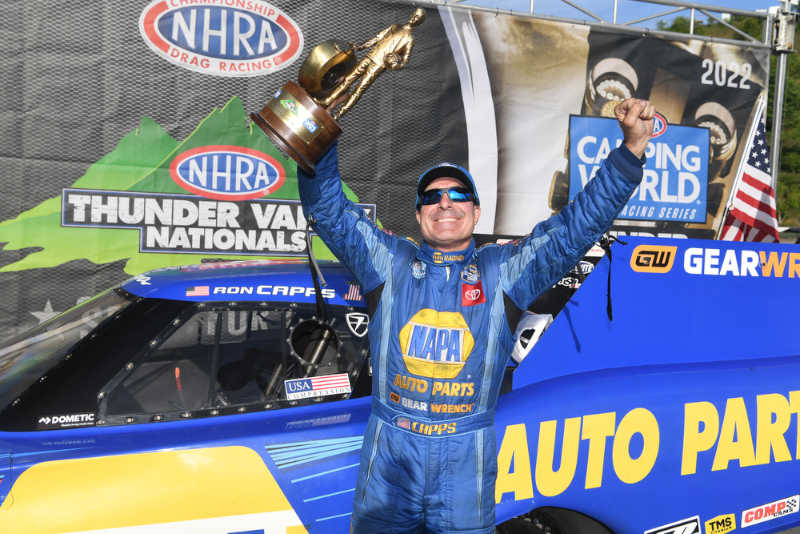 Capps’ Sunday triumph was hard-fought. Starting race day from the ninth seed – uncharacteristic for the NAPA team which is used to qualifying in the top half of the field, Capps faced No. 8 qualifier Paul Lee in the first round. Capps launched hard and his NAPA AUTO PARTS Supra started dropping cylinders before giving way to a nasty explosion through the finish line beams. While he was able to get the round win, the boomer damaged the Supra body, causing the NAPA AutoCare crew to have to switch bodies during the quick turnaround time between the first and second round. While it was a thrash, the NAPA team successfully overcame the setback and threw down against their round two opponent, clocking low E.T. of the round to defeat No. 2 ranked Robert Hight. The round-two victory set up a battle between Capps and Alexis DeJoria, with the two vying for the opportunity to represent Toyota in the final round. Once again, Capps ran low E.T. of the session, putting himself in position to have a shot at racing to become the first TGRNA pilot to drive to victory aboard the new Toyota Supra. 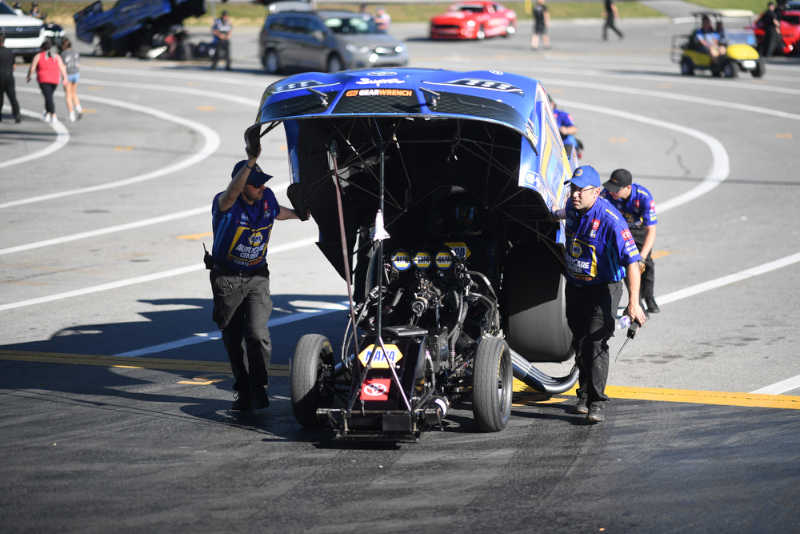 NAPA crew chiefs Dean ‘Guido’ Antonelli and John Medlen knew the stakes were high and weren’t taking final round challenger Tim Wilkerson lightly. They tuned the NAPA Supra to a stout 3.984 E.T. – the only sub-four second Funny Car pass of the day – to defeat Wilkerson and bring home the hardware. 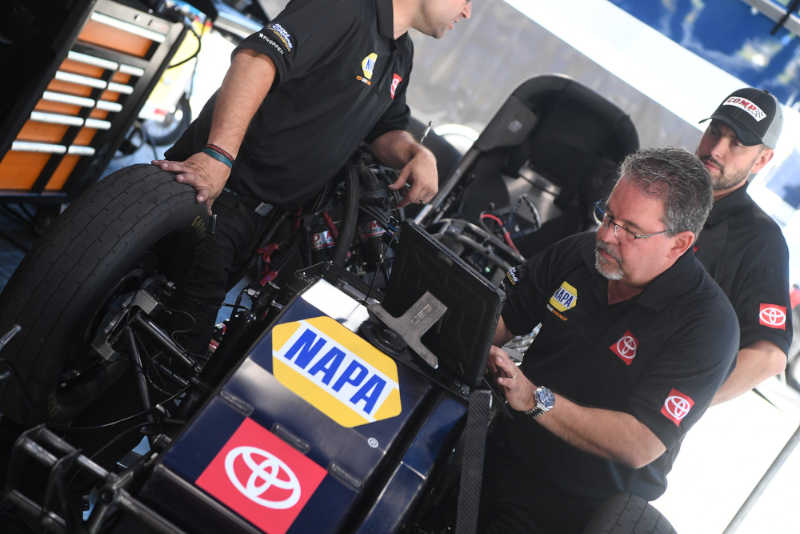 “I went up there and tried to drive the wheels off it, and Guido, man, what a run they put together but right as I stepped off the gas it went ‘kaboom’ and all I could think of is man, there goes my new GR Supra body,” remarked Capps of his E1 explosion. “We’ve got another one in the trailer, but it just goes to show you, all the safety measures they worked on in the off-season really paid off because there was minimal damage, and a big boomer like that, it could’ve been a lot worse.” 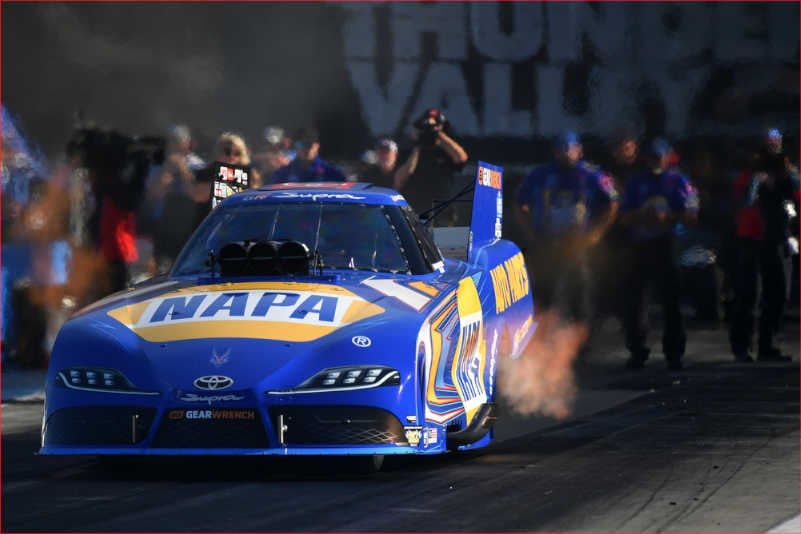 “It’s an amazing thing and I’m living the dream,” added Capps of his Father’s Day triumph. “Today felt different because we worked really hard at this one, and we knew that win for Toyota was out there. Everyone wanted to get that first one in the Supra and I’m blessed we got to do it. To run 3.98 in the final was unbelievable. This is a very demanding track every time we come here, and you can’t take your mind off it for a second. These wins, where you have to earn it, it really means quite a bit more, it seems like it.”