Kasey Kahne Racing and the NAPA AUTO PARTS No. 49 team traveled to Wisconsin last week, where driver Brad Sweet has been victorious in recent years. The two-day Jim “JB” Boyd Memorial was contested at the 1/3-mile Beaver Dam Raceway. A large NAPA party joined the No. 49 team at the track, where they got to interact for photos and autographs with Sweet.

On Friday, 33 cars signed into World of Outlaws competition. Sweet was slated to qualify 20th. On his qualifying run, the No.49 stopped the clock at 11.197 seconds, placing him ninth overall. This led the NAPA AUTO PARTS team to start third in Heat Race #1. As cars got out onto the track surface, drivers quickly learned the track was over-watered. As a result, cars were required to run the track in until the surface was raceable. 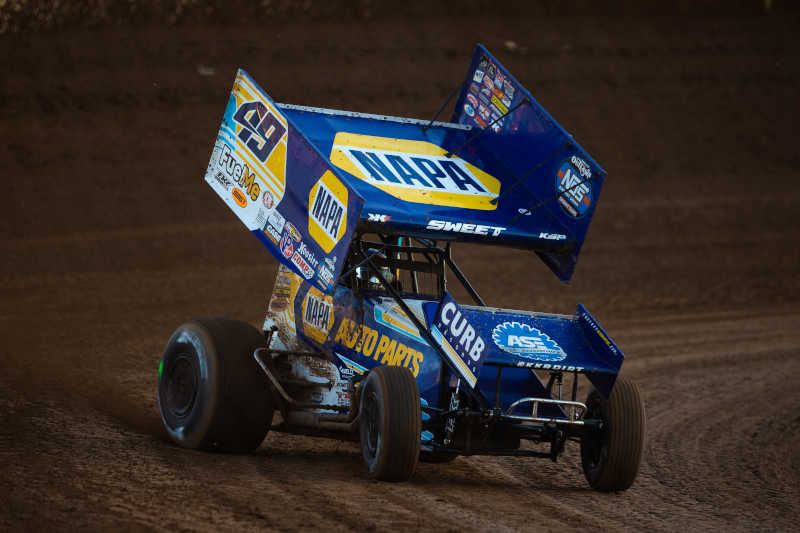 Once the surface was given a thumbs up, the NAPA team topped the Big Cat off with fuel, and they were ready. As the green flag dropped, the surface was still very slick. Sweet attempted multiple lines, but the traction wasn’t there. He finished P3, earning an  automatic transfer to the A-main, with a ninth-position starting spot. With a 35-lap distance for the feature, Beaver Dam Raceway went green. Sweet searched for the perfect line on the slightly technical surface but found they all ran about the same speed. He used the banking in the turns to his advantage, gaining multiple spots and bringing the No. 49 home in sixth place. 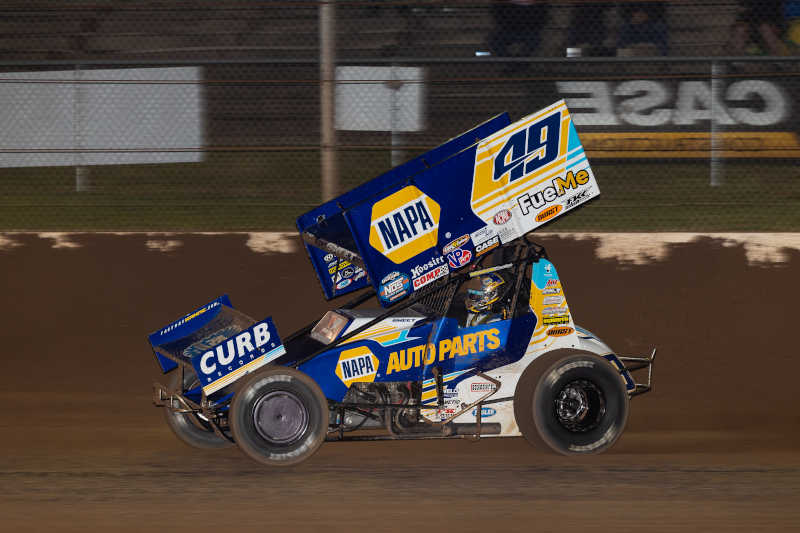 The final night of the Jim “JB” Boyd Memorial on Saturday offered $20,000 to win. Improving his qualifying starting spot, Sweet was scheduled to hit the track 12th out of 31 cars. The Big Cat hit the charts at 11.662 seconds, ranking him 12th overall. Sweet was set to start fourth in Heat Race #3 and ready to move forward. As the field went green, Sweet was battling with the third-place runner for two laps. Finally, going into turns 1 & 2, Sweet completed a slide job, claiming the third position. Finishing third, Sweet once again nabbed an automatic transfer to the A-main. 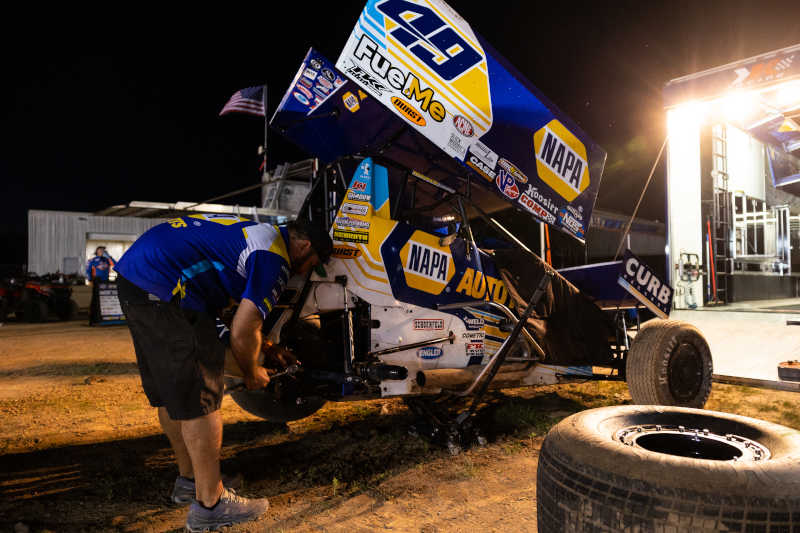 With 40 laps slated for the Beaver Dam Raceway feature, it was time to make gains. Starting the No. 49 machine from ninth, Sweet was a rocket when the race went green. Maneuvering multiple lines, he was making his way to the front. The NAPA AUTO PARTS team nailed the setup, allowing Sweet to run anywhere on the racing surface. But running in fifth on the last lap, Sweet blew a tire, forcing him into the wall. The 49 team quickly changed his tire, placing him as the last car on the lead lap in eleventh. The race went green/white/checkered for the finish, with Sweet coming home in tenth. The results did not reflect the speed the No. 49 showed, but the team will move on and keep focused forward.

NAPA Know How Blog The Badger State Proves Difficult for Sweet, No. 49 Team