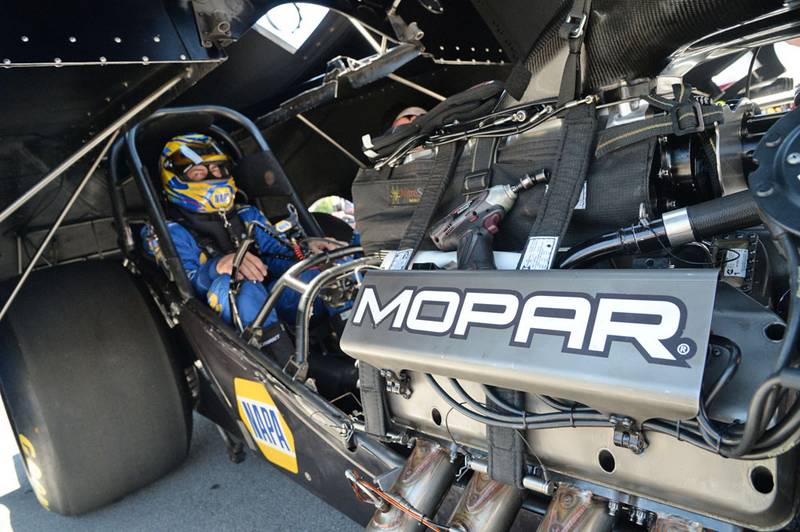 It is the team’s fifth NHRA Mello Yello Drag Racing Series title through 11 events this season, and matches his total for his past championship season.

And this one might be the one that best exemplifies the well-rounded nature of the NAPA Know How team. 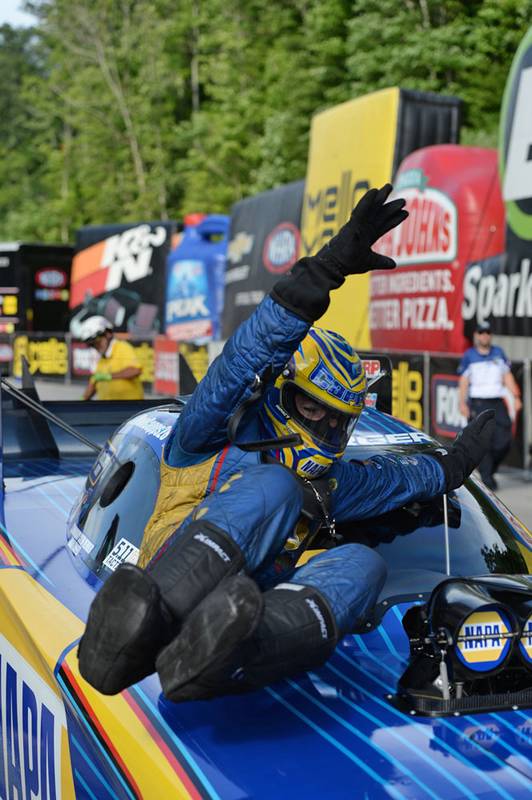 The reliability of the NAPA AutoCare crew was evident when Tobler and Capps had no qualms about pulling a new chassis out after Friday qualifying that enabled their Dodge Charger R/T Powered by Pennzoil to move up several spots to the No. 10 seed. 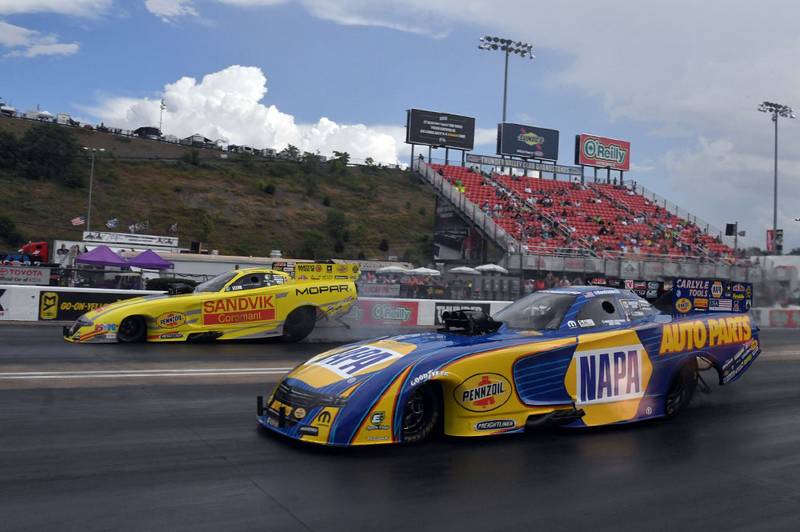 A hot track with muggy air in the mid-80s led to a trend of going up in smoke as mid-summer temperatures rose last weekend in Englishtown, N.J., and continued the past three days during the NHRA Thunder Valley Nationals at Bristol Dragway in Tennessee.

The NAPA Dodge made it through three difficult rounds Sunday and in a very close race in the final round, it was Capps’ reaction that sent them to the winner’s circle and a 163-point lead in the standings. 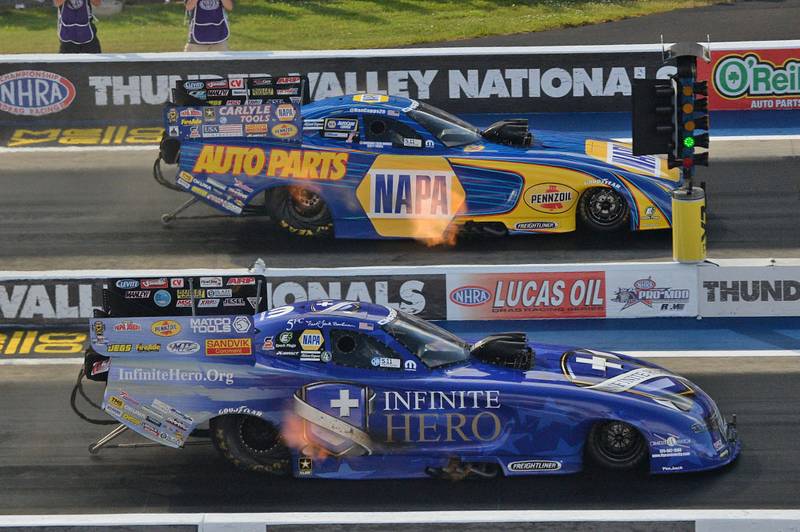 “We’ve got a few lucky rounds here and there, but it’s just been preparation in the offseason,” Capps said. “Friday night Tobler asked if I wouldn’t mind driving the car we’ve had upstairs (in the trailer). Our backup car, which is a brand new DSR chassis. Usually you go test, make some laps before you go run it (laughs) not in the middle of a race.”

The last of four stops in four weeks on the NHRA Eastern Swing that includes four races in four weeks is this weekend at Norwalk, Ohio, in Northern Ohio. 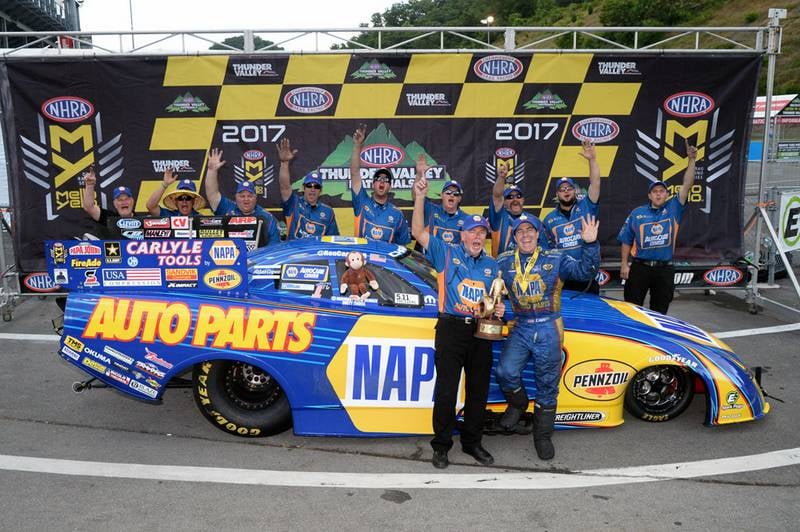 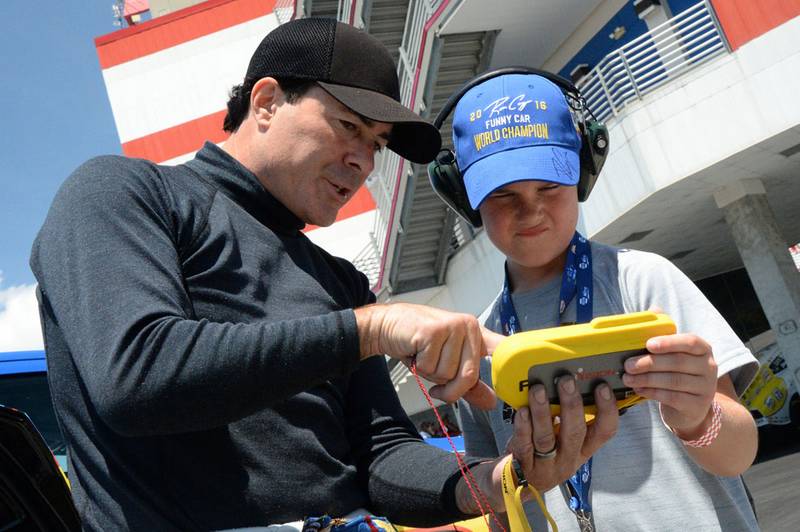