Capps and his NAPA AUTO PARTS Dodge Charger R/T team led by crew chief Rahn Tobler won his 43rd event title when he defeated John Force Saturday night in the championship round of the rain-delayed event held two weeks ago at Brainerd, Minn.

“That’s great, I’m glad for Tobler,” Capps said. “I put it in a little bit (deep at the starting line) so that could’ve easily been a 4.01 or a 4-flat. Everybody here, nothing against the fans here, but this is for the Brainerd fans. I know there’s a lot of Brainerd fans here too. 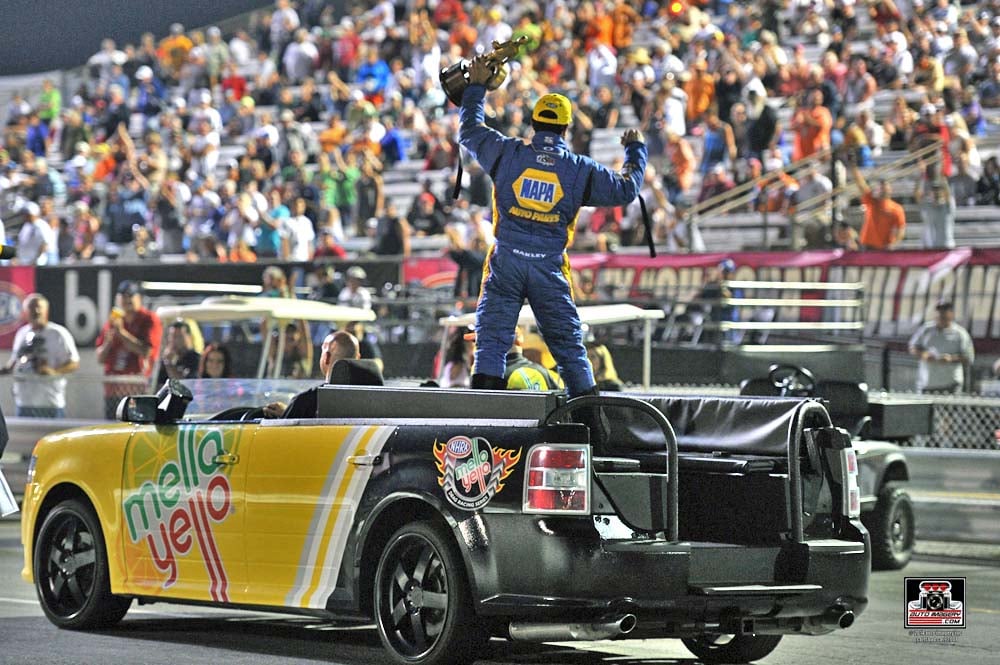 It’s the fourth time Capps has won at Indy, including three special event titles (Budweiser Shootout) but has not made it to the championship of the U.S. Nationals in his previous 19 tries.

Earning the 43rd NHRA title of his career will be a special one but he regrets he didn’t do it at Brainerd.

“This win really is for Brainerd and the amazing fans there. I could smell that cheese (curds) cooking in the North Forty over here behind me but my wife, everybody up in the National Dragster suite, all the legends that are here, like Snake (Don Prudhomme), this weekend. How cool.

“This (trophy) is going to every NAPA store in Minnesota so you can fondle it, you can pour stuff on it, you can do whatever you want with it in your local NAPA store and then it’s going to go up to track owners Christie and Jed (Copham) in Brainerd and it’s going to get put out in the zoo somehow. Just like the Stanley Cup. I don’t know how but it’s going to be in some kind of case that you can’t break into. This is where this belongs, with those people that didn’t get to see that final round two weeks ago.” 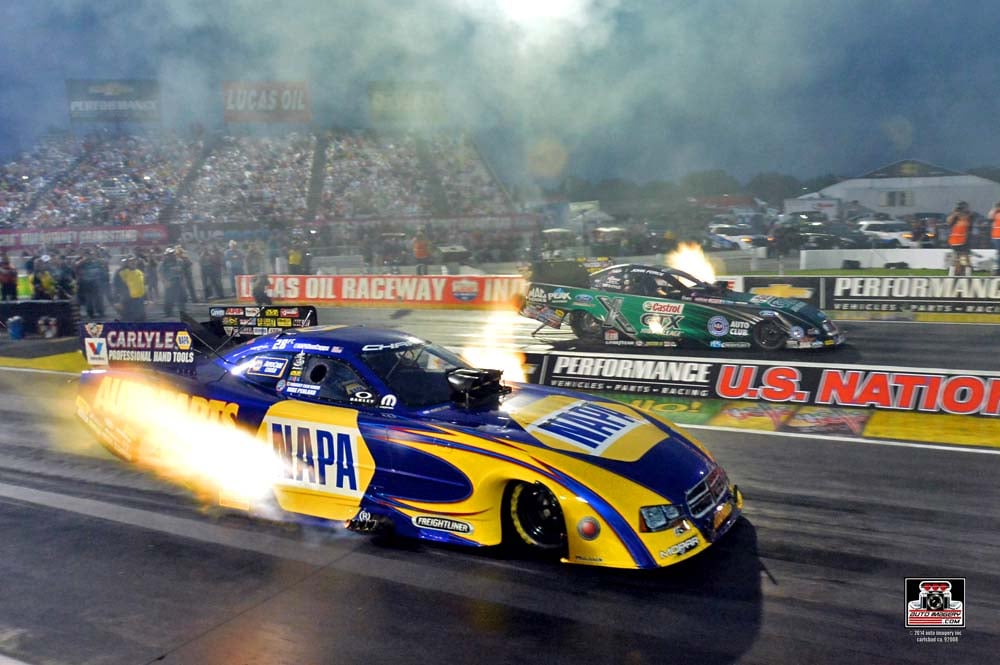 *Session 3 was part of qualifying and concurrently was the championship round from the rain-delayed event two weeks ago at Brainerd, Minn. **Lucas Oil Raceway at Indianapolis track speed recor