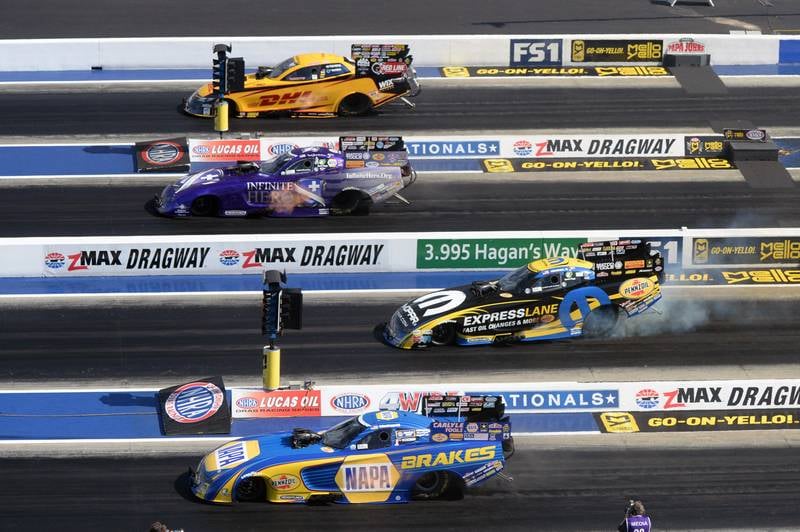 The 52nd win of his career (51 in Funny Cars) moved him into a tie with hall-of-fame driver Joe Amato. The win marked the 303rd for DSR that has won five of six Funny Car trophies this year.

“I’ve got a great race car. It’s an incredible race car,” said Capps, who will race at Atlanta as a world champ for the first time. “I just try to rise to the occasion and try not to be the weak link.”

Next Race: May 5-7, NHRA Southern Nationals, Commerce, Ga., near Atlanta
How to Watch or Listen: Fox Sports 1; NHRA All Access 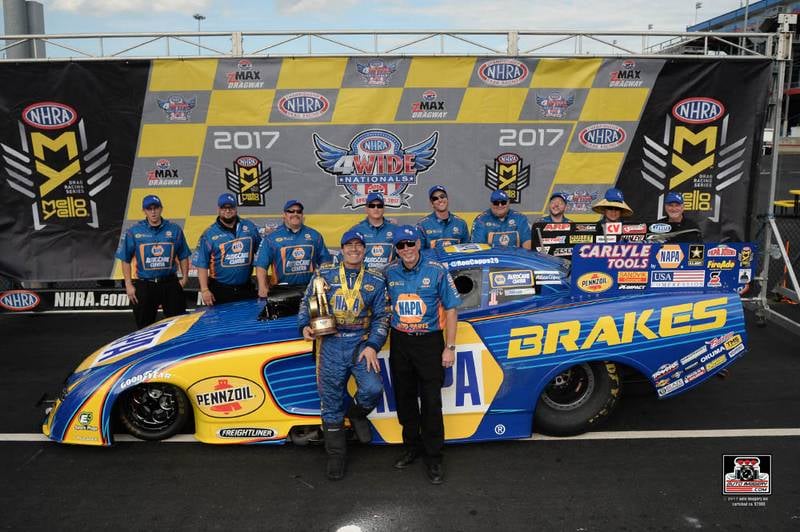