Is your car making loud noise when accelerating? If the neighbors are looking at you sideways as soon as you hit the gas, then there’s probably a problem that needs to be fixed.

There are a few different issues that could cause your car to become unusually loud when you accelerate. Here’s what to do to get things back to normal. 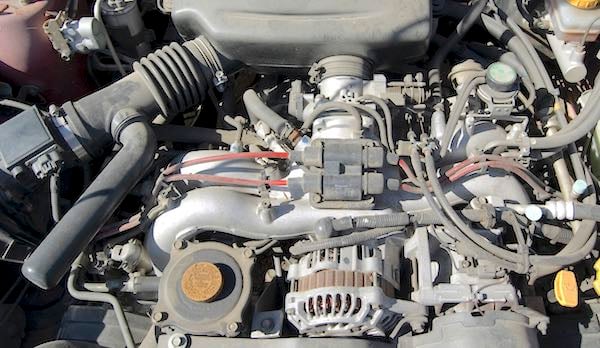 Most cars’ exhaust notes are only slightly louder during acceleration, with the exception of sports cars that are intentionally louder than average. If your mild-mannered sedan or crossover is suddenly roaring like a race car, then the first things to check are the muffler and the exhaust pipes.

A sound like a rattle could be caused by something as simple as a loose bracket that’s making your muffler vibrate. There’s also the possibility that there’s a leak in either the muffler or one of the exhaust pipes that runs the length of the vehicle. You might be able to see these problems on closer inspection, but a mechanic can give you a sure diagnosis and detect any other exhaust issues, such as a failing exhaust pipe gasket.

A loud noise during acceleration could also be caused by loose belts. Sometimes problems with your belts are noticeable as soon as the engine turns over, especially if it’s cold, in which case they’ll likely squeak or whine. If you don’t hear them when you start the engine, you may hear them when you hit the accelerator. That sound could mean that a belt has worn out, or one might simply be slipping due to a loose tensioner. A clicking or rattling under the hood could also indicate a problem with one of the pulleys over which the serpentine belt travels.

An engine has a lot of moving parts, and a car making loud noise when accelerating could indicate engine problems. For instance, worn valves can make a clicking noise that’s more noticeable the faster a vehicle moves.

Bearings, which let the cam and crankshaft spin, can also be noisy when they start to fail. They’ll sound like a ticking or even a screeching noise when they need to be replaced. Pistons are another likely source of noise during acceleration. They’ll make a deeper knocking noise if they’re worn out, and you’ll hear it all the time — just more so when you’re accelerating.

There’s a wide range of possible issues that can lead to a car making loud noise when accelerating, so be sure to check these key areas first so you can rule out less common issues and have an idea of what’s going on when you consult a mechanic or try to tackle the issue yourself. As always, don’t keep driving if your car is making noise, and address the problem promptly so it doesn’t create bigger issues down the line.

Check out all the exhaust repair products available on NAPA Online, or trust one of our 17,000 NAPA AutoCare locations for routine maintenance and repairs. For more information about what to do if your car makes a loud noise when accelerating, chat with a knowledgeable expert at your local NAPA AUTO PARTS store.

NAPA Know How Blog Car making loud noise when accelerating? Here’s What May Be Wrong