If you’ve ever thought that your car performance suffers a little as the weather warms up, don’t worry — you aren’t crazy. Temperature affects your engine in all sorts of ways, large and small. Your car is designed to manage most temperature fluctuations, but that in itself can take a toll. Here’s the science behind that summer sluggishness and how to make sure the hot weather won’t cause major problems down the road.

The Heat Is On

With all the rapidly moving parts and hard work, engines are already designed to take a lot of heat. That said, they can only handle so much. When that line is crossed, you’re potentially looking at major damage. Mechanical trouble aside, performance is also affected by overheating. Oil, coolant and fans help keep engines at a safe operating temperature, but ambient temperature plays a role, too. Specifically, engines rely on an accurate air–fuel ratio to run smoothly and efficiently. Too much or too little fuel is a problem, and the ECU (engine control unit) monitors the amount and quality of air coming into the intake and adjusts fuel respectively.

What matters here is that cold air is denser than hot air. That means that in the summer, your intake receives less concentrated levels of oxygen than in the winter, causing the engine to lose horsepower trying to make up the difference. The other problem with warm air is that it can suspend more water particles when it’s humid out, which further displaces the oxygen. If you have a turbocharger, you’ll especially notice it there. To prevent a rich mixture (too much fuel) and engine knocking, less fuel is sent to the combustion chamber, and the ECU adjusts the timing. All of this has a negative effect on performance.

Hot temperatures outside mean you break a sweat, too. But as A/C use rises in the summer, it also eats into performance. A/C runs on an engine-driven belt, requiring direct power from the engine and adding an extra load. It’s convenient enough that most of us are willing to forgive the burden, but it does impact performance, and your vehicle uses more fuel to run it. 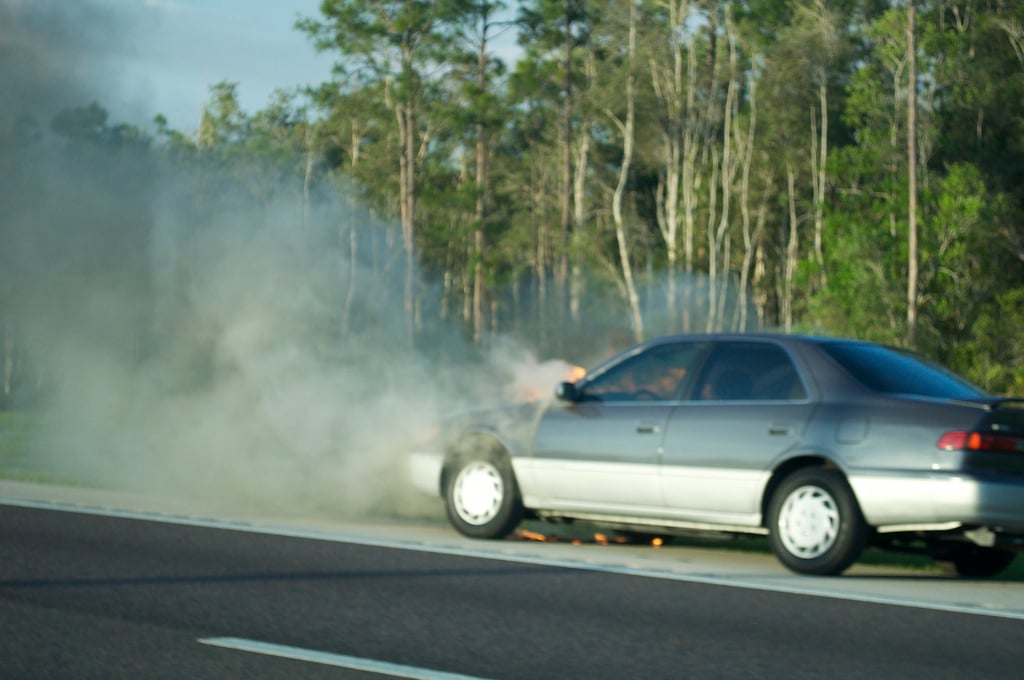 As mentioned earlier, lower performance can be a drag, but the effects of overheating pose much more serious risks. To help your engine combat the summer sun, always make certain your oil is changed at regular intervals and keep that coolant topped off. Without enough oil and coolant, your engine will quickly succumb to heat and friction, and internal damage is soon to follow. Also, check your engine fan to make sure it’s in good shape and coming on when it needs to. Check the belt to make sure it isn’t worn or slipping. Believe it or not, changing that cabin air filter will boost A/C efficiency.

For the most part, staying on top of regular maintenance and watching your dash gauges will go a long way toward saving your engine from damage. A drop in performance in hot weather is all but impossible to prevent entirely, but that doesn’t necessarily mean there’s a problem with your vehicle. Stay vigilant and proactive in your maintenance and both you and your vehicle can have a cool summer.

For more information on car performance, chat with a knowledgeable expert at your local NAPA AUTO PARTS store.