Ron Capps and the NAPA AUTO PARTS team won the NHRA Southern Nationals near Atlanta on Sunday. It is the reigning world champion’s third NHRA Mello Yello title in three weeks that enabled him to extend his points lead. 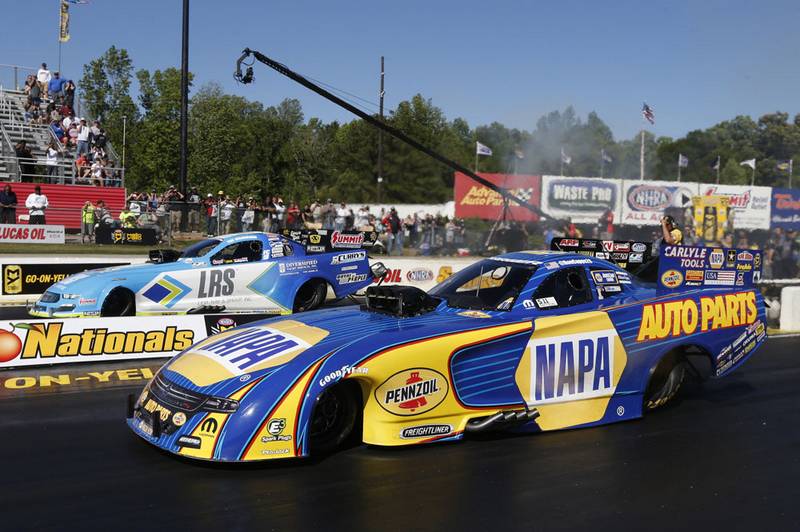 On Sunday, Capps won a third straight Wally Trophy for the first time in his career when he used a quicker reaction time at the starting line to overcome Tim Wilkerson’s quicker Funny Car to get the title in the NHRA Southern Nationals at Atlanta Dragway in Commerce, Ga. 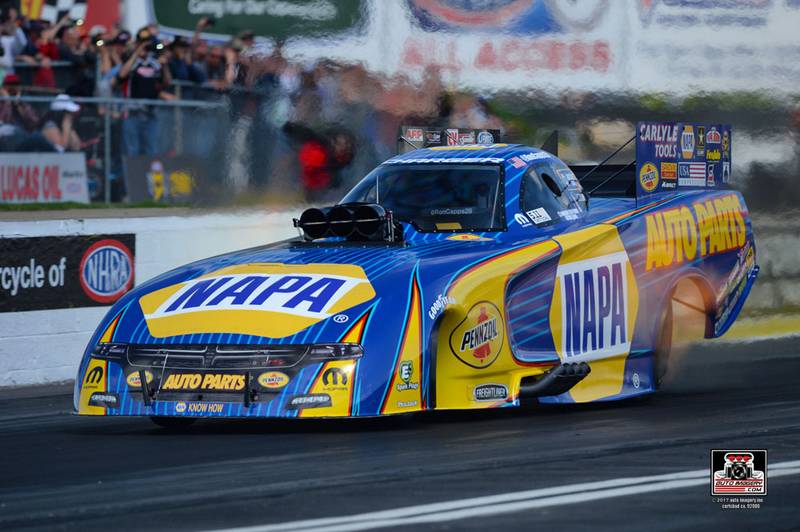 “It’s a pinch me moment. I mean I’ve got such a great team right now,” said Capps, who extended his points lead to 94 over Don Schumacher Racing teammate Matt Hagan. “It’s cliché to say it, a lot of people say it, but I think our fans understand when I say it. The car speaks for itself here lately. Rahn Tobler and Eric are the dynamic duo.” 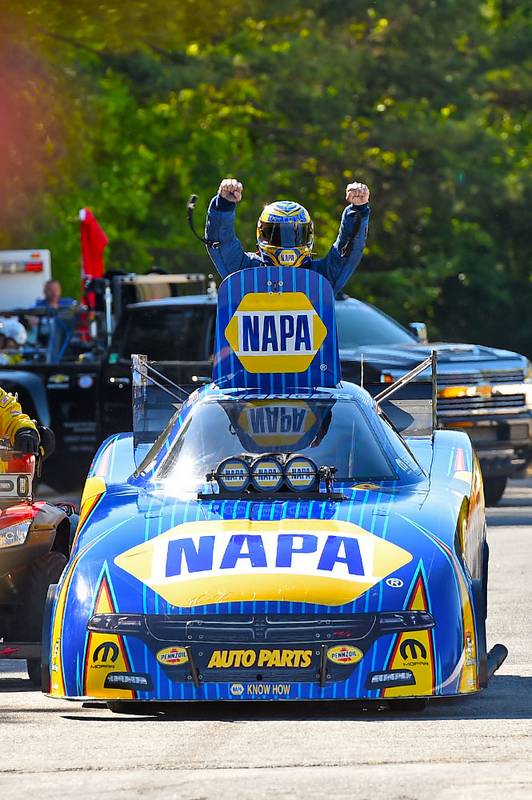 Next Race: May 19-21, Heartland Nationals, Topeka, Kan.
How to Watch or Listen: Fox Sports 1; NHRA All Access 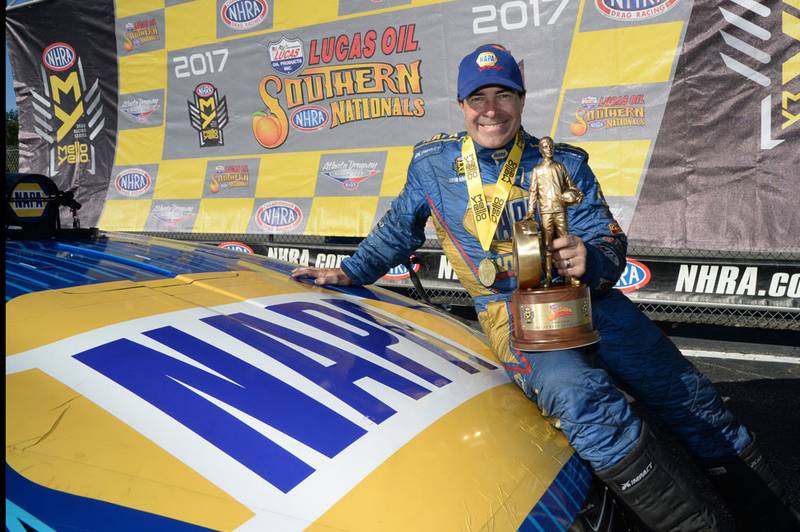