Chase Elliott battled inside the top 10 for much of Sunday’s 500-mile race at Talladega Superspeedway until he was collected in a 17-car accident that ended the No. 24 Hooters team’s day early.

Elliott started the race eighth and quickly found himself inside the top five during Stage 1, though he was shuffled to 16th by the end of the 55-lap stage. 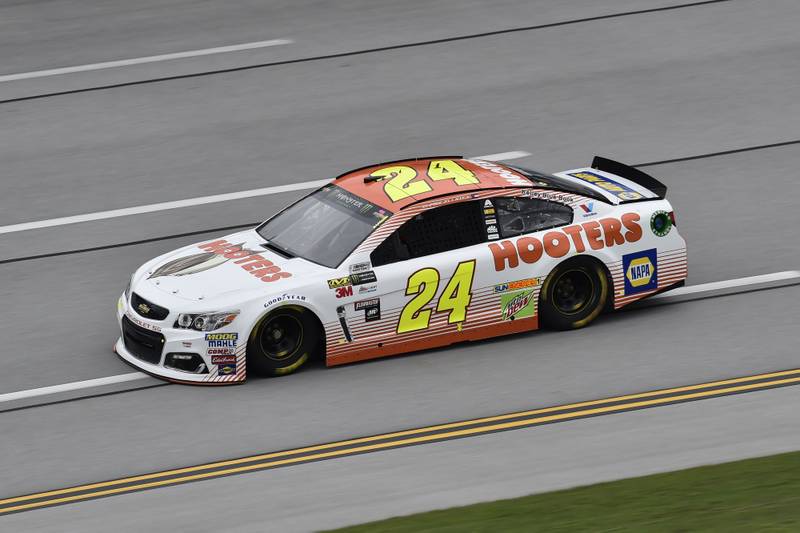 Between the first and second stages, the Dawsonville, Georgia, native visited pit road for four tires, fuel and a chassis adjustment. He lined up 11th for the start of Stage 2. When the caution waved again on lap 83, the No. 24 team elected to visit pit road for right-side tires and fuel. Elliott forged ahead in the closing laps to finish 12th in Stage 2.

Quick work by the No. 24 Hooters team on pit road allowed Elliott to start the final stage in 10th. Though he fell outside of the top 20 with 60 laps to go, Elliott was in good position after all four Hendrick Motorsports drivers headed to pit road for green-flag stops with 44 laps remaining. When the field cycled through, the 21-year-old driver found himself back inside the top 10 with 36 laps remaining. From there, he moved all the way up to second within eight laps.

While running second with 20 laps to go, contact from a competitor from behind sent Elliott spinning toward the outside wall, causing a multi-car accident that collected 17 cars in total. The incident ultimately ended Elliott’s day with a 30th-place finish.