Chase Elliott and the No. 9 NAPA AUTO PARTS team nearly captured their fourth win of the season in Saturday night’s VisitMyrtleBeach.com 300 at Kentucky Speedway, but ultimately settled for a fourth-place finish. The effort extends Elliott’s advantage over JR Motorsports teammate Regan Smith to 20 points with only six races remaining.

Throughout the night, Elliott raced amongst the top five while providing crew chief Greg Ives feedback on the subtle adjustments he needed to improve his No. 9 NAPA AUTO PARTS Chevrolet.

After entering pit road third for the team’s final pit stop at lap 171, Ives called for a two-tire change that vaulted the No. 9 to second for the ensuing restart. Elliott inched his way ahead of Ty Dillon in turn three when yet another caution flag waved. NASCAR scored Elliott as the race leader, allowing him to choose the preferred high line for a lap-182 restart. At the drop of the green flag, Elliott shot to a five-car length lead before two additional cautions forced him to fend off challenges from the Richard Childress Racing cars of Dillon, Brendan Gaughan and Brian Scott. 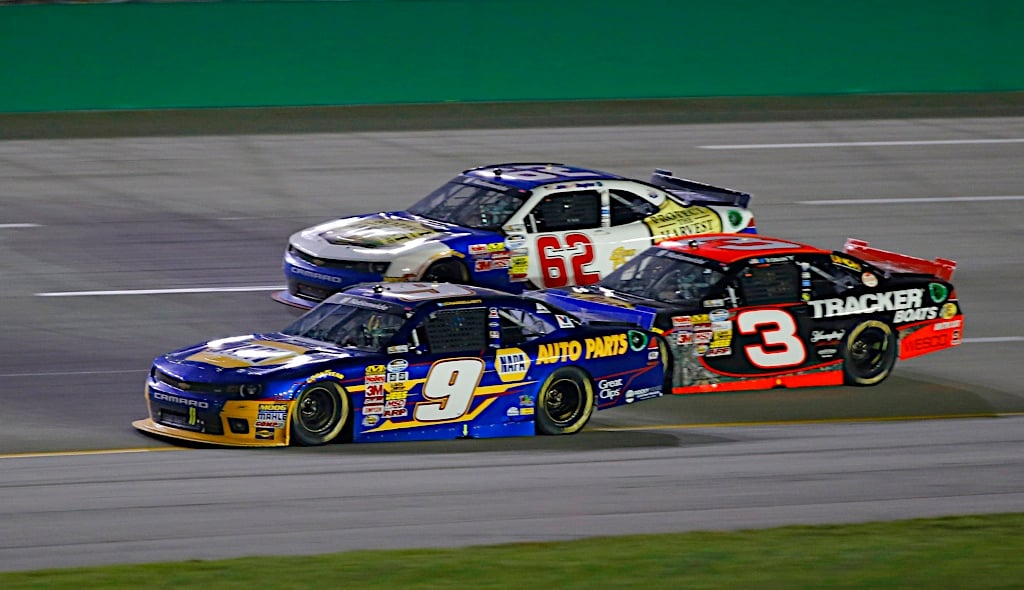 On the race’s final restart with seven laps to go, Dillon slipped by Elliott heading into turn three, but a nifty crossover move by Elliott allowed the 18-year-old rookie to reclaim the lead. As the two rookies waged a spirited battle for the top spot, Gaughan swept to the high side and bypassed both drivers to take the lead with six laps remaining.

Gaughan pulled away from the field to score his second NASCAR Nationwide Series victory of the season with Scott second, Dillon third and Elliott fourth.

“It was definitely a little disappointing. I had a couple decent restarts, I thought. The biggest thing was we gave ourselves an opportunity to win. For a night like tonight where our car wasn’t perfect, that’s all you can ask for. I’m proud of the effort. Greg (Ives) made some really good calls. We were at least able to get up front and give ourselves a chance. Unfortunately I couldn’t get the job done for us tonight, but we had a shot and led some laps there in the closing stages. Like I said though, for nights when you’re not 100 percent perfect, that’s the stuff you’ve got to do so I’m proud of the effort.” 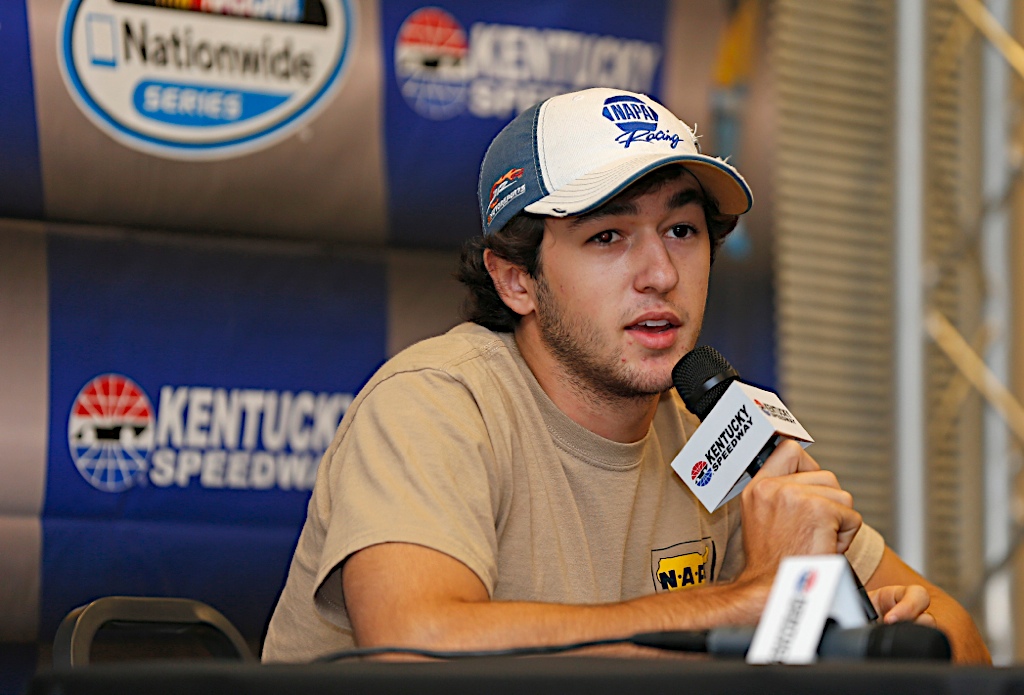 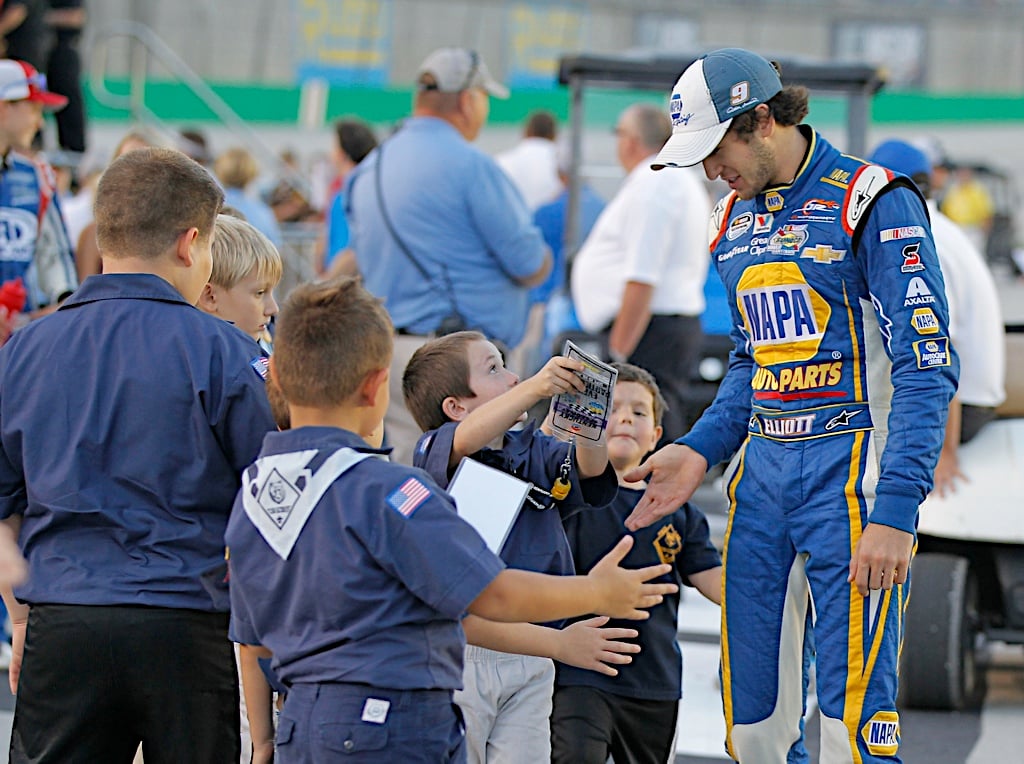 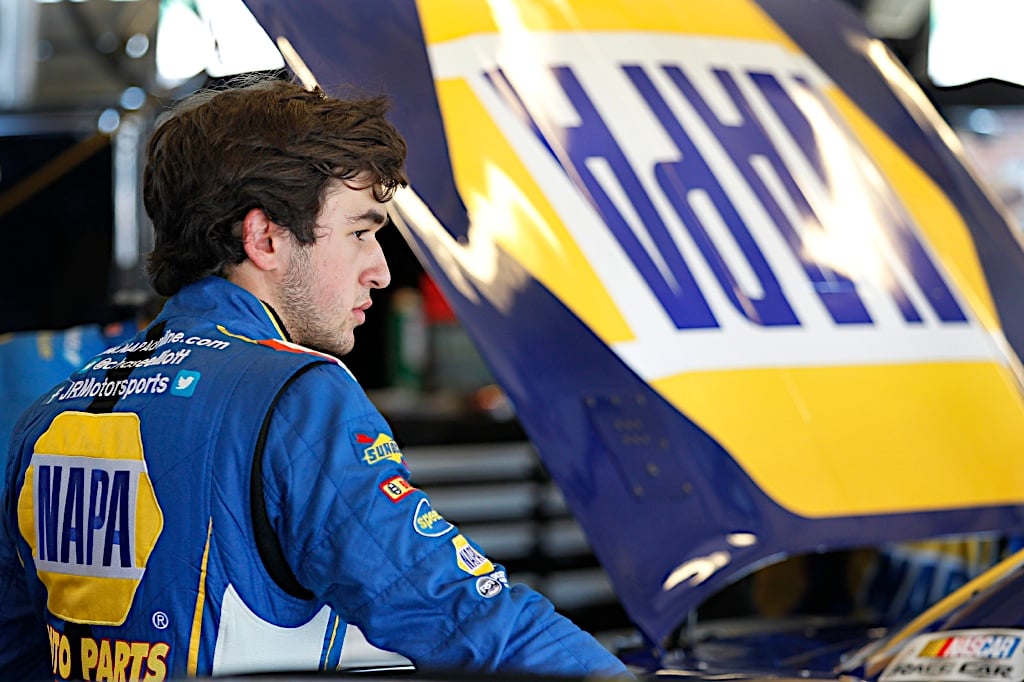