ENNIS, Texas (Sept. 21, 2014) – Ron Capps and the NAPA AUTO PARTS team were disappointed after suffering a first-round upset Sunday in the NHRA FallNationals at the Texas Motorplex near Dallas.

But the resilient team has battled back before and are intent on that happening when the Mello Yello Drag Racing Series and the Countdown to the Championship moves to St. Louis next weekend for the third of six events in the playoff.

The NAPA AUTO PARTS team led by crew chief Rahn Tobler had an impressive qualifying performance by leading the four Don Schumacher Racing Dodge Charger R/T Funny Cars by earning the No. 3 seed for championship eliminations but were upset by Tim Wilkerson, who qualified 14th and lost in the semifinals to Del Worsham.

“I said yesterday after qualifying that the reward we get for qualifying third is facing a tough driver like Tim Wilkerson in the first round,” said Ron, who has won two of 43 career titles this season.

“We had a great race car all weekend and our time in the first round (4.223) could have been good enough to get to the quarterfinals but Tim just ran a little quicker,” he said of the loss by about one-half of a car length at nearly 300 mph.

The loss dropped Ron one spot to fifth in championship points and he’ll arrive at St. Louis 94 points, less than five rounds of racing, out of first place.

“We have four more races left in the Countdown and we’re still in it. But we need to start going deep into Sunday and keep our championship chances alive.” 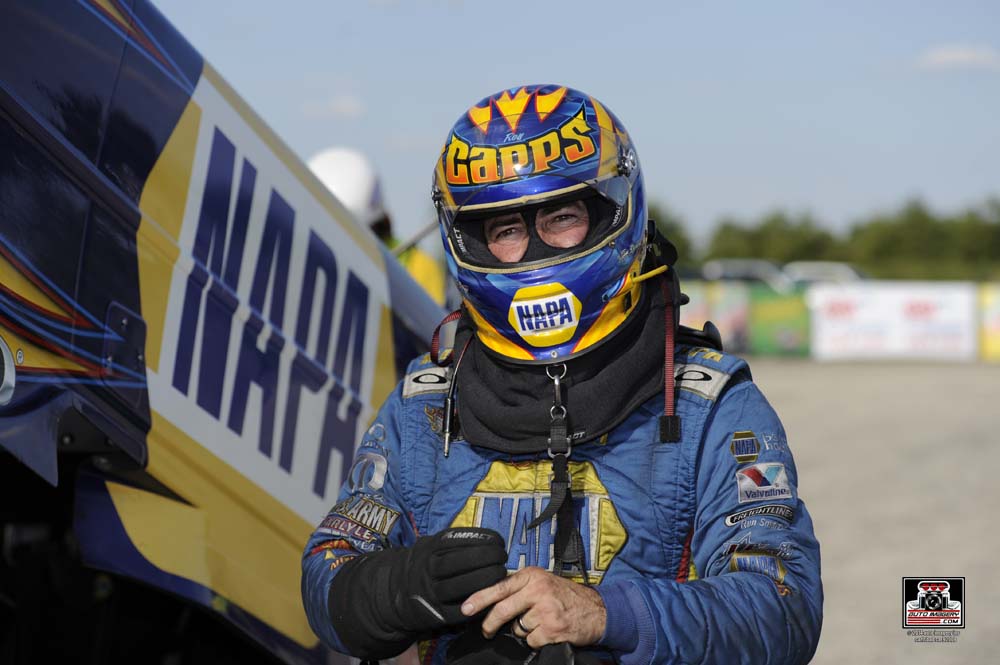 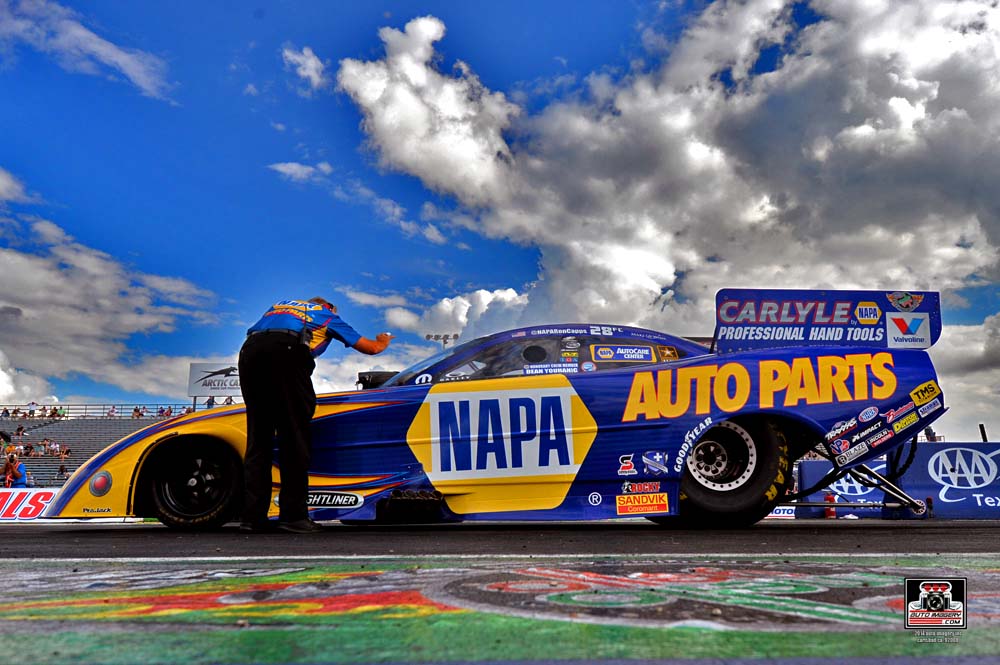