Chase Elliott drove his No. 24 NAPA AUTO PARTS Chevrolet SS to a win in the first Duel race Thursday night at Daytona International Speedway ensuring that he will be tied for the NASCAR Cup Series points lead entering Sunday’s Daytona 500 by earning the maximum 10 points awarded to the race’s victor. 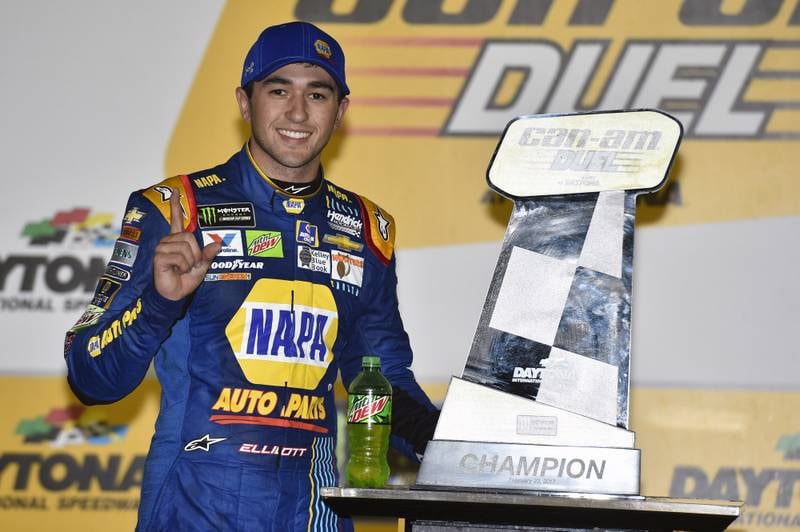 Elliott made his second trip to victory lane during this Daytona Speedweeks. This time, it was as the winner of the first of two Duel races at the famed 2.5-mile superspeedway. Rolling off the grid from the pole position in the first Duel, the Daytona 500 pole sitter led the opening lap before being shuffled out of the top spot. When he lost the lead a lap later, he began to fall back in the pack after being caught in the middle of three-wide racing. On Lap 9, he settled into 12th place and climbed back into the top 10 by Lap 18.

At the competition caution on Lap 25, Elliott was running sixth, and a quick, two-tire stop by the No. 24 NAPA AUTO PARTS team on pit road allowed Elliott to gain two spots and return to the track in fourth. 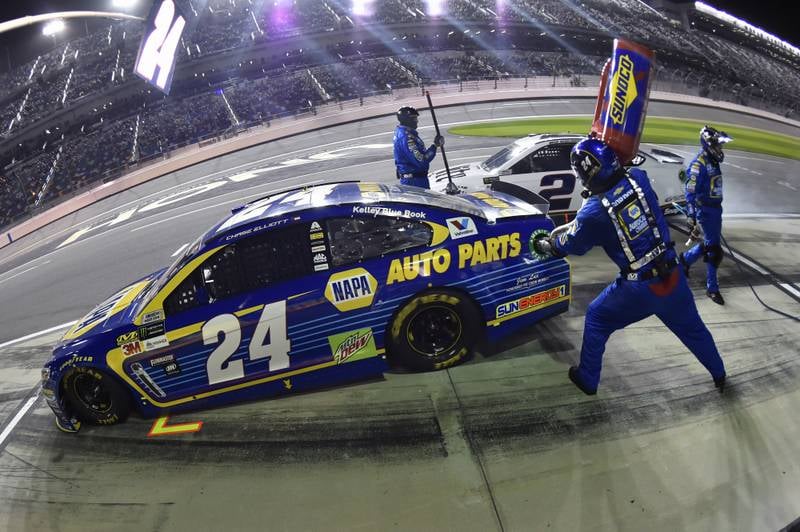 On Lap 37, he retook the lead and held off all competitors before the caution waved at Lap 48. Following the final restart with nine laps to go, the second-year driver fended off all challengers to earn his first career Duel victory.

“We had such a fast NAPA Chevy tonight,” Elliott said. “The Hendrick engine shop, they had some steam tonight, and it was apparent.” 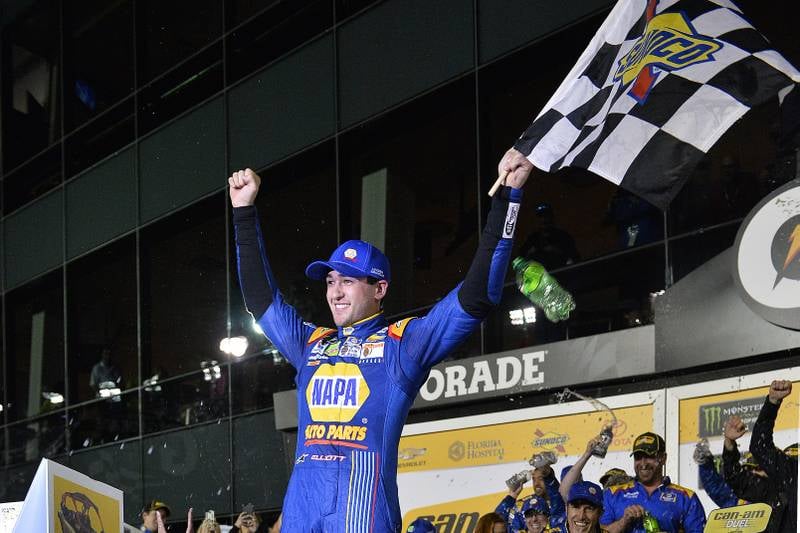