Snowmobile technology might not move as fast as motorcycle or automotive tech, but that doesn’t mean sleds aren’t evolving at a steady pace year after year. Not all of these changes are groundbreaking, but they do improve things across the board for snow machine fans seeking to up their game, safety and speed out on the trail.

Here’s a snapshot of the most important advances of recent years.

Increasingly stringent sound and emissions regulations sent two-stroke snowmobile technology back to the drawing board, where it emerged triumphant and unbeaten with a new range of features designed to meet all modern laws without sacrificing power. The Ski-Doo 850 E-TEC two-stroke motor is a perfect example. In addition to providing 165 horsepower (more than any of its rivals), it offers direct bearing oil, direct fuel injection and plasma-coated cylinders. Efficiency and response are also improved thanks to the pDrive clutch that comes with E-TEC-equipped Ski-Doos. 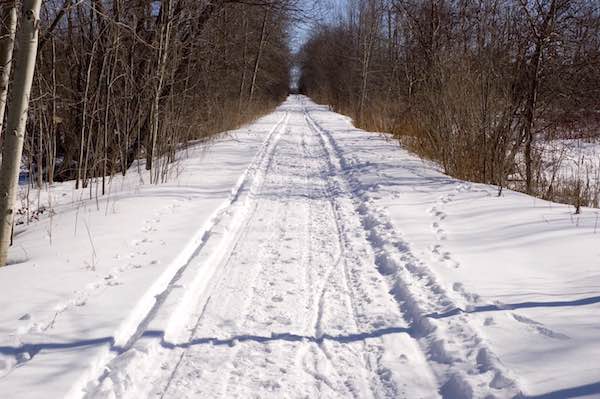 Yamaha remains committed to four-stroke snowmobile technology, and it’s hard to find a more advanced engine out there than the 998 Turbo. With three individual throttle bodies — a first in the world of snowmobiles — and a system designed to recalculate boost pressure from the turbo to virtually eliminate off-throttle lag, the new engine is remarkably responsive and advertises a whopping 180+ horsepower (and offers over 200 horsepower when independently tested on a dyno). This Yamaha four stroke is a long way away from early forced induction snowmobile experiments, proving that reliable, real-world turbo fun isn’t just for the fast and furious crowd anymore.

Has it really been three years since the first Mountain Horse kits made their way onto the snow machine scene? This intriguing piece of snowmobile technology allows you to take your existing dirt bike and convert it into a tracked vehicle for use in the snow — and then swap it back to two wheels again in the spring. With several options available depending on the size and power output of the bike, Timbersled, the company behind the Mountain Horse concept, quickly made a name for itself in the power sports scene. In fact, industry giant Polaris liked the idea so much that it bought the company this past year in order to add the snowbike to its lineup.

Safety, efficiency and power will always be a priority for snow machine designers going forward, but, like the Timbersled Mountain Horse Kit, the next advancements might surprise you.

Check out all the snowmobile and powersport parts available on NAPA Online or trust one of our 17,000 NAPA AutoCare locations for routine maintenance and repairs. For more information on snowmobile technology, chat with a knowledgeable expert at your local NAPA AUTO PARTS store.