Cruise control can be a valuable ally on long highway trips. It allows you to maintain a constant speed without needing to keep your foot on the throttle, and this can reduce leg strain.

Below, we’ll cover the history of this helpful feature and offer some tips on how to use it. We’ll also take a look at its most modern variant and how it could impact a generation of self-driving cars.

Cruising Through a Crisis

Cars made as early as 1900 used some form of speed control, but modern cruise control wasn’t patented until 1950, according to the Smithsonian. It was the brainchild of Ralph Teetor, a mechanical engineer.

This feature gained popularity in the wake of the 1973 oil crisis, the Smithsonian reports, while the nation was wrestling with higher gas prices. By allowing drivers to easily travel at a set speed, cruise control eliminated sudden surges that could diminish fuel economy.

How and When to Best Use Cruise Control

Before you engage this feature, choose a comfortable speed to minimize the need for braking. With most cars, braking deactivates the feature, and this will force you to go through the hassle of resetting it. If you set this amenity at a speed that’s in step with the flow of traffic, it’s less likely that you’ll need to hit the brakes. Still, know that you should always brake when necessary to maintain safe driving practices. 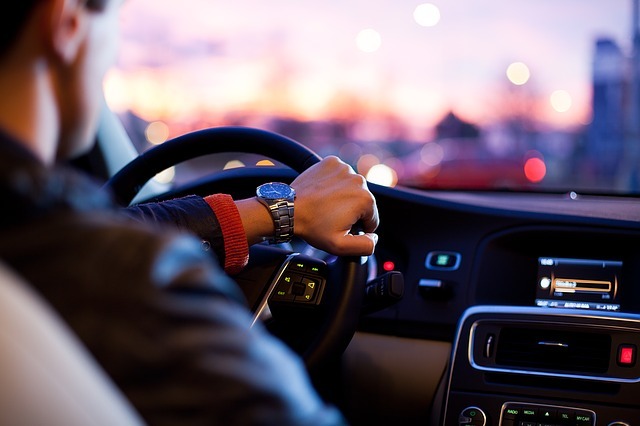 Additionally, always honor the speed limit. Setting this feature at extralegal speeds may compromise your safety and increase your likelihood of getting a traffic ticket. Also remember that the speed limit may vary as you drive from area to area. Be mindful of these changes, and update your settings accordingly.

Avoid using it in wet or snowy conditions. Rain, snow or ice can make roadways slippery and treacherous, and a greater degree of driver responsiveness is required when traveling in these conditions. If you’ve set your car to drive at a fixed speed, it could slow your response time if you encounter a potentially dangerous situation.

Adapting to the Future

Adaptive cruise control is offered in a wide range of newer vehicles. It allows you to keep a constant distance between your car and the vehicle that’s immediately in front of you. If the vehicle ahead of you slows down, it will automatically slow your vehicle to maintain the distance you’ve set. This feature is especially useful when traveling in stop-and-go traffic on the freeway.

This and other semi-autonomous driving features like blind-spot warning systems and lane-keep assist systems will play a crucial role in shaping the fully autonomous cars of the future. These features use intelligent lidar, radar, sonar and camera-based technology to help prevent collisions. But one big remaining hurdle is consumer trust. According to a study published by Deloitte, 74 percent of U.S. consumers believe fully autonomous cars will not be safe. As the technologies that help govern fully autonomous cars become more widely utilized, consumer doubts are likely to fade.

When properly used, though, adaptive and ordinary cruise control can both make driving easier and more pleasant.

Check out all the maintenance parts available on NAPA Online or trust one of our 17,000 NAPA AutoCare locations for information on similar car features. For more information, chat with a knowledgeable expert at your local NAPA AUTO PARTS store.