In an epic final-round feud between two NHRA Funny Car world champions, Ron Capps and the NAPA AUTO PARTS Toyota GR Supra team came out ahead as the winners of the Texas NHRA FallNationals Sunday night at the Texas Motorplex. Capps defeated former teammate Matt Hagan in the final to claim his fifth win of the season. The two-time and defending world champion is now just 10 points behind No. 1 ranked Robert Hight as he chases his first world championship as a team owner. 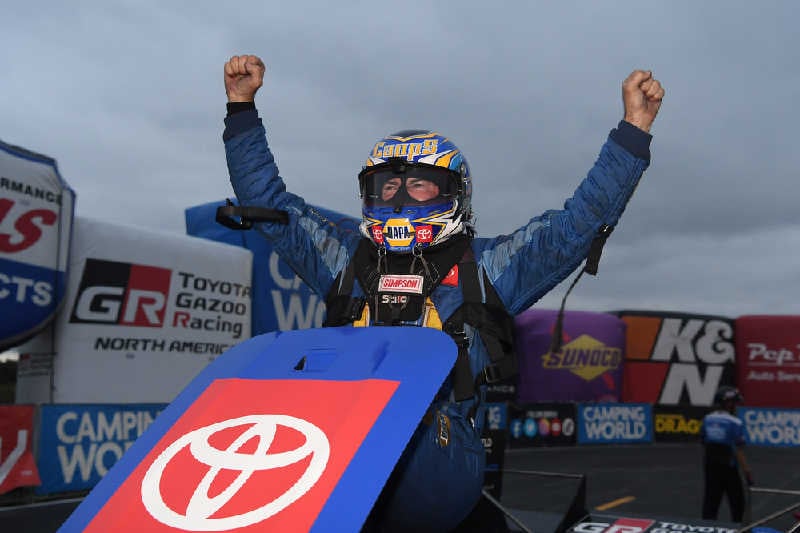 Capps went into the FallNationals 46 points behind Hight. His mission to shrink that gap started in qualifying, where 12 bonus points were available across four qualifying sessions. Capps and the Dean “Guido” Antonelli and John Medlen-led team pushed a little too hard on the first session but jumped from 13th to third with a 3.865 E.T. at 335.40-mph pass in Q2 for one bonus point. Capps was third-quickest again in the fourth session for another bonus point, locking in the third spot in qualifying. 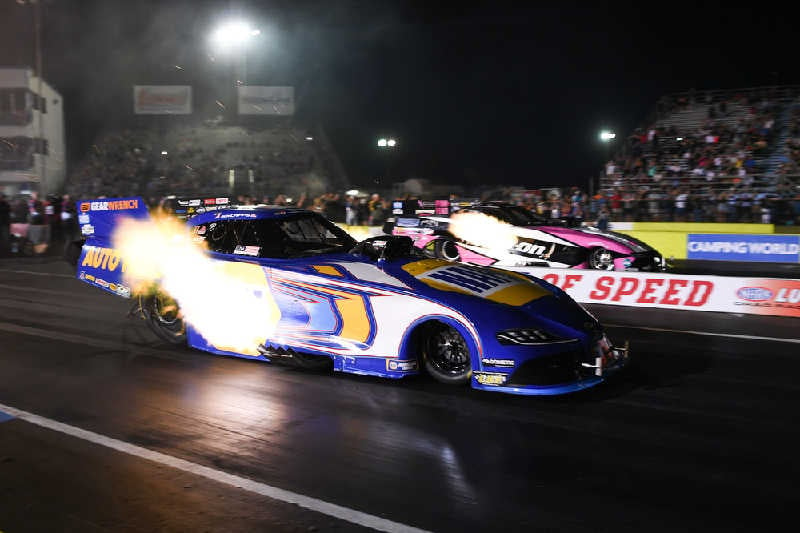 “We talked about gaining those little bonus points coming in and we only got two of them this weekend,” Capps said. “We missed it Q1, but Guido, he threw down a 3.86 Friday night and that was incredible until Hagan ran that 3.82. So, we didn’t accomplish that goal to gain some on [Hight] during qualifying and the margin went from 46 points to 50 going into race day, so we needed to take care of business today.” 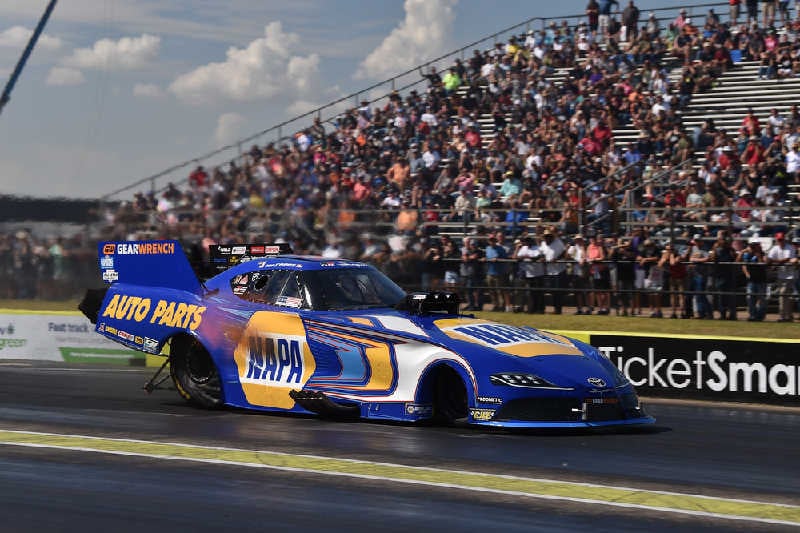 “We left some points on the table in St. Louis in the final, and so we wanted retribution and we got it in the semifinals,” said Capps, who was making his third consecutive semifinal appearance. “I was looking at the ladder last night looking at the different scenarios, but you don’t want to jinx yourself, so you try not to get ahead of yourself because that’s when you make a mistake. But, Guido today, he just kept throwing .80s in the car. Getting to Robert (Hight) in the semis was huge and that was what we wanted, and that win light was such a relief because that’s instantly 20 points knocked off.” 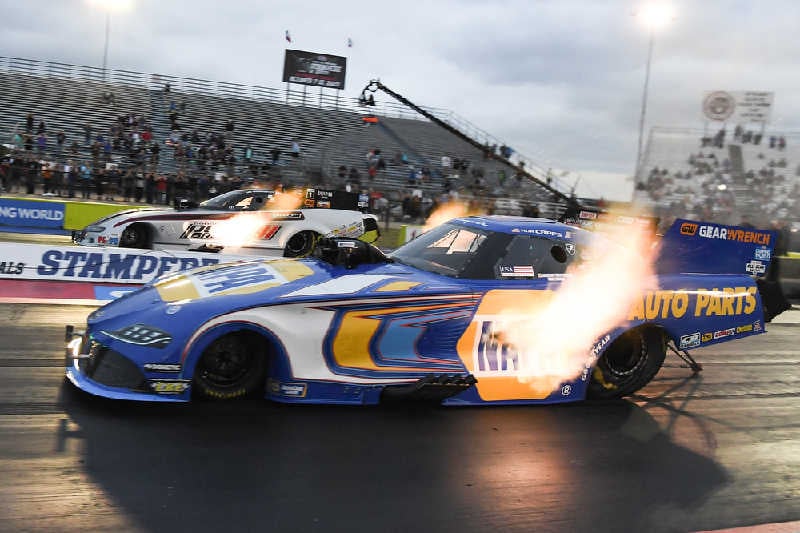 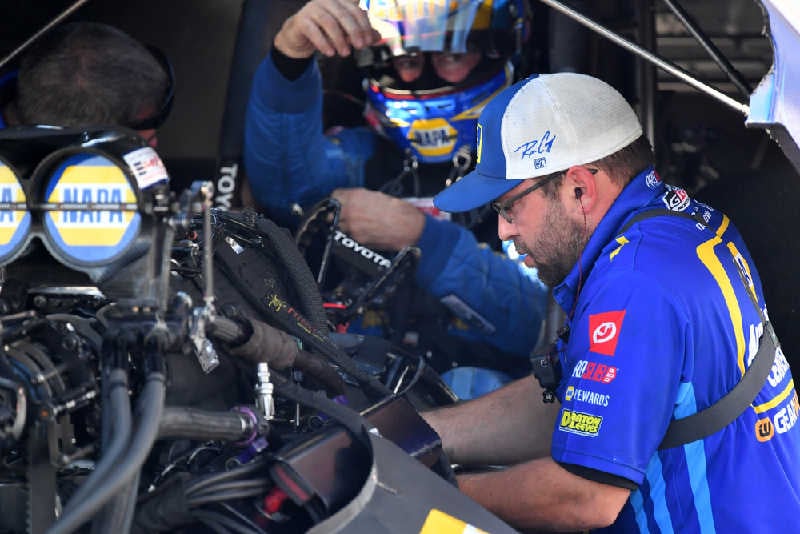 “We got back to the pit after (the semifinals) and Guido, Medlen, and I, we said whatever we can do from here on out, that’s icing on the cake,” said Capps, now a three-time Texas Motorplex winner. “Hagan and that team, they threw down with that .88 on Friday night and the conditions were as good here tonight as they were then, so Guido tuned it up, and we got ‘em.” 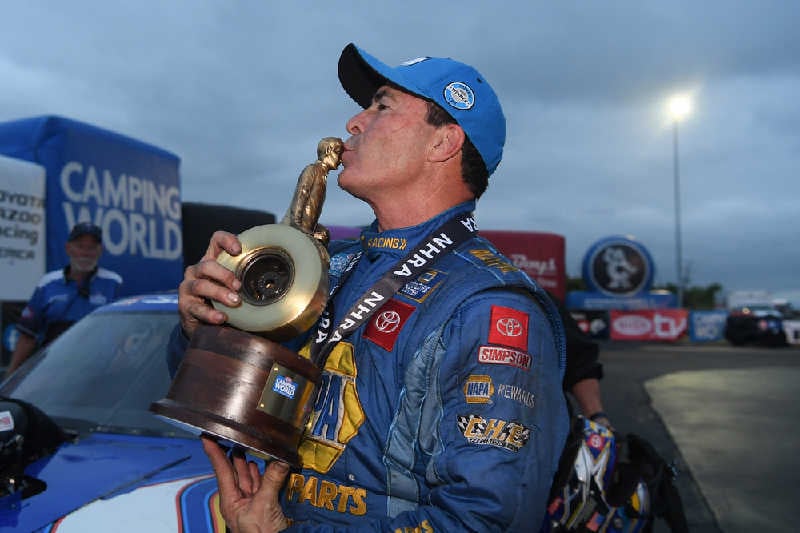 Capps has been red-hot in his first Countdown as the owner of Ron Capps Motorsports, reaching the winner’s circle at two of the last four events before Dallas. He’s now 10 points behind Hight heading into the next playoff race in Las Vegas. 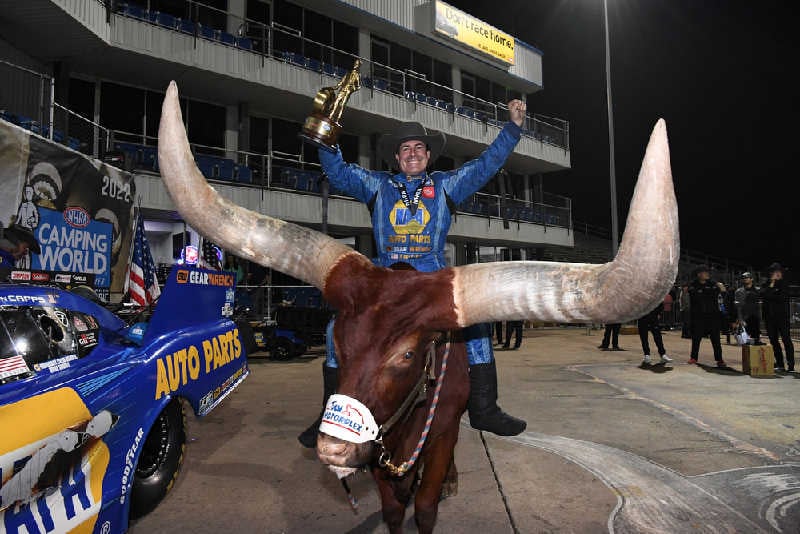 “We never left the (championship) conversation,” Capps said. “If we can leave Vegas in the position we’re in right now, or even gain a little bit, that’d be huge. It’s shaping up to be another year like last year.” 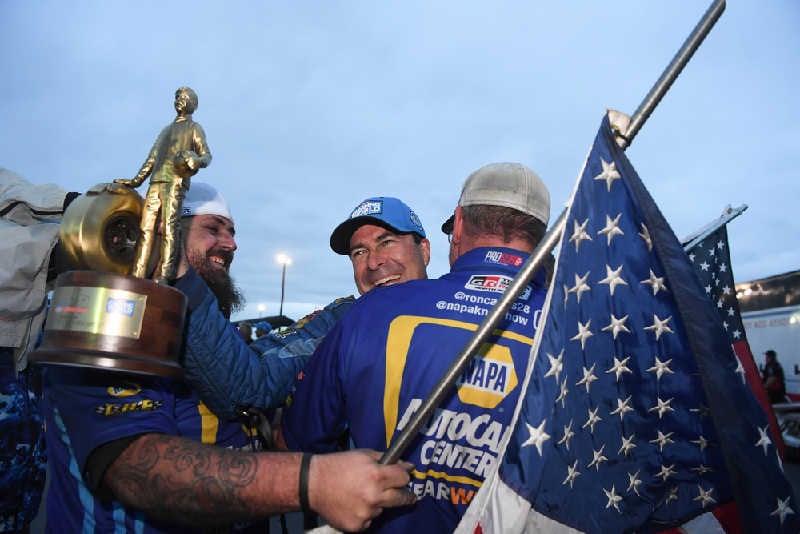 In his top-end interview following the win, Capps broke the news that Medlen plans to retire after the season concludes. Capps, Medlen, and Antonelli have only been together since the start of the 2021 season, but their brief history together has included a world championship and numerous wins, with another championship on the table. 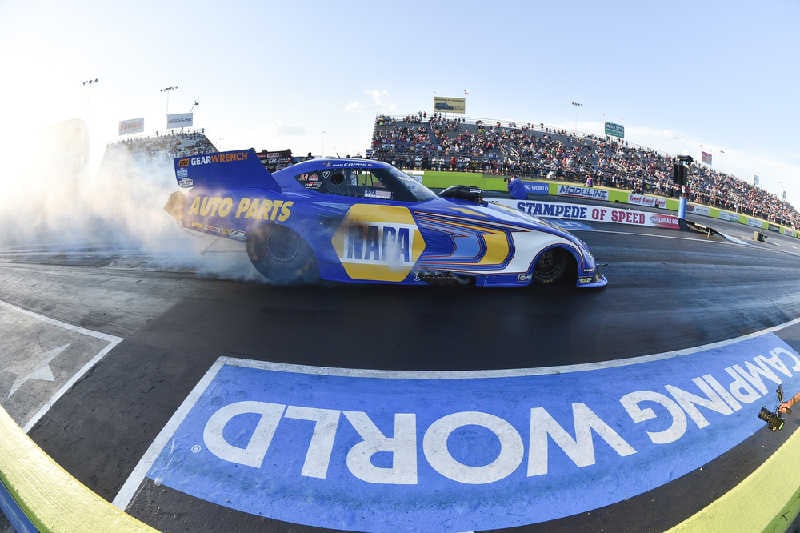 “This trophy is going to Medlen,” Capps said. “He hasn’t mentioned it in public yet, but he is going to retire off into the sunset at the end of this year, and this trophy is well-earned by him.” 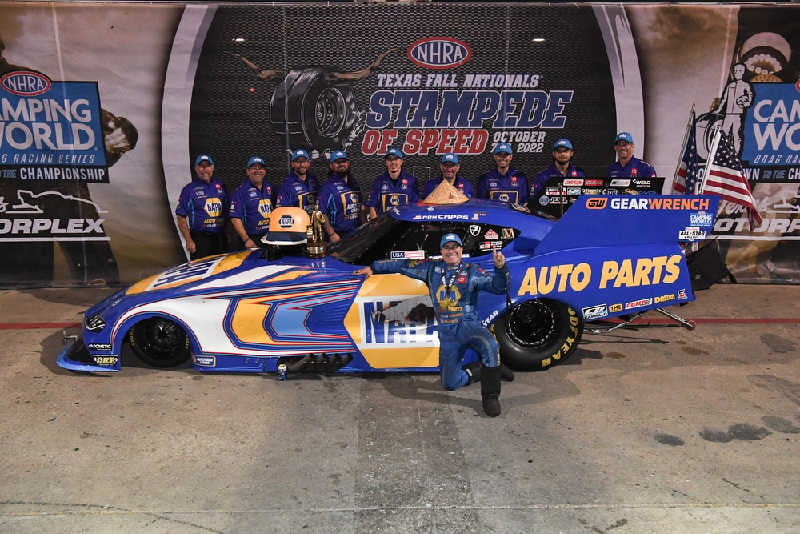 Capps and the NAPA AUTO PARTS Funny Car team will have a weekend off before getting back to their championship pursuit at the NHRA Nevada Nationals, Oct. 28-30 at The Strip at Las Vegas Motor Speedway.