Brad Sweet and the No. 49 NAPA AUTO PARTS team earned a pair of top-five finishes in two of the final handful of races remaining in the 2022 World of Outlaws Sprint Car Series season. Sweet maintains his spot atop the championship point standings after the weekend’s events at I-80 Speedway in Greenwood, NE, and Lakeside Speedway in Kansas City, KS. 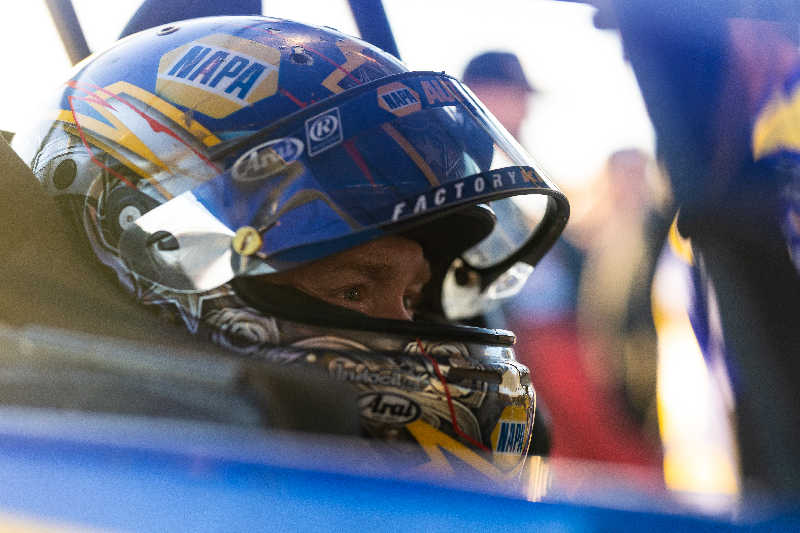 The season’s final trip to the midwest began Friday at I-80 Speedway and marked the final event at the track as it’s set to close. After winning there in 2020, the NAPA driver was looking to repeat that effort. Sweet was slated to qualify third among 39 cars signed in for competition. The Big Cat hit the charts at 13.820 seconds, placing him fourth in Flight A and second to start Heat Race 2. With Sweet lined up on the front row, the flagman signaled green on the heat race. The No. 49 jumped out to the early lead and took off, earning the heat race win and locking Sweet into the Fast Pass Dash. 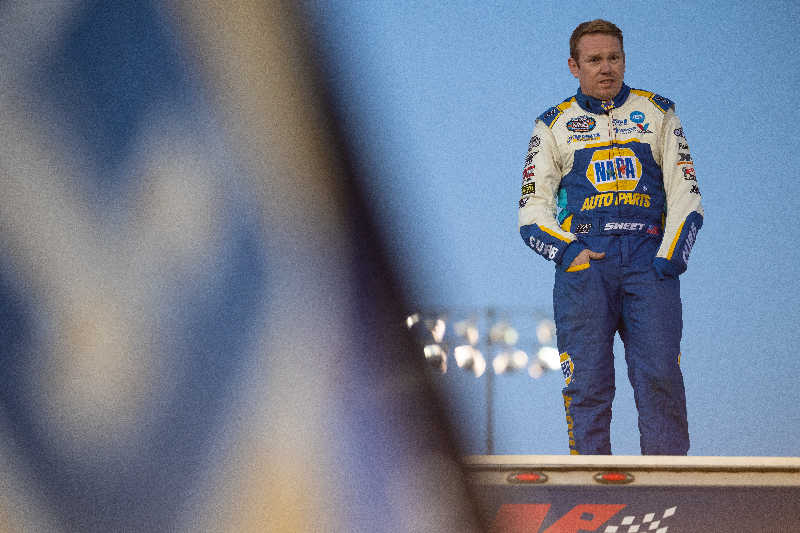 “I don’t ever remember coming here this late in the year,” Sweet said, drawing the #5 pill for the dash. “The air is a little different, so we’re gonna have to adjust our setup.” 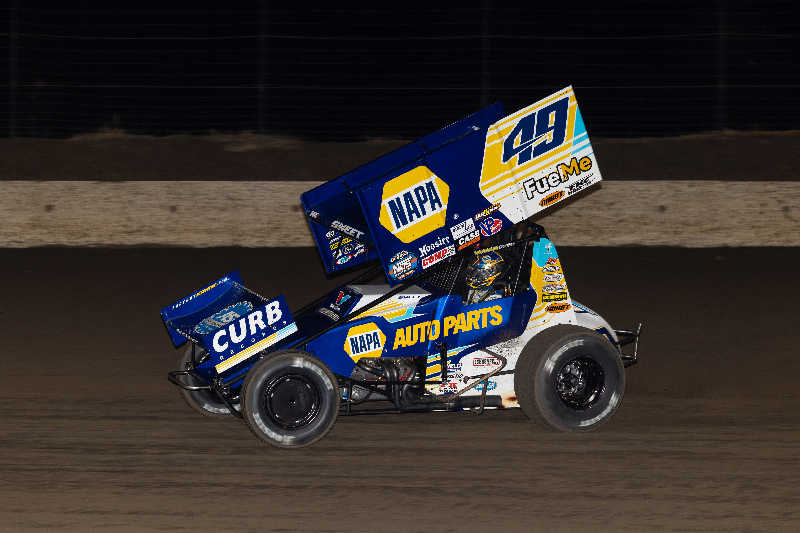 After lining up in rows of two, the field took the green flag on the dash. Sweet was shuffled back two positions to seventh but was quickly able to regain a spot. Stalking the fifth-place runner, Sweet ran out of time and finished sixth, placing him sixth to start the A-main. When the feature went green, Sweet jumped up to the third position and had the NAPA No. 49 machine rolling. After a red-flag condition, the field lined up in pairs again and took the green flag. Sweet spun his tires, allowing the fourth-place runner to catch him and make the pass. While Sweet was trying to get settled, competitor James McFadden passed him, putting him back to fifth. Sweet held that spot to the line for a fifth-place finish. 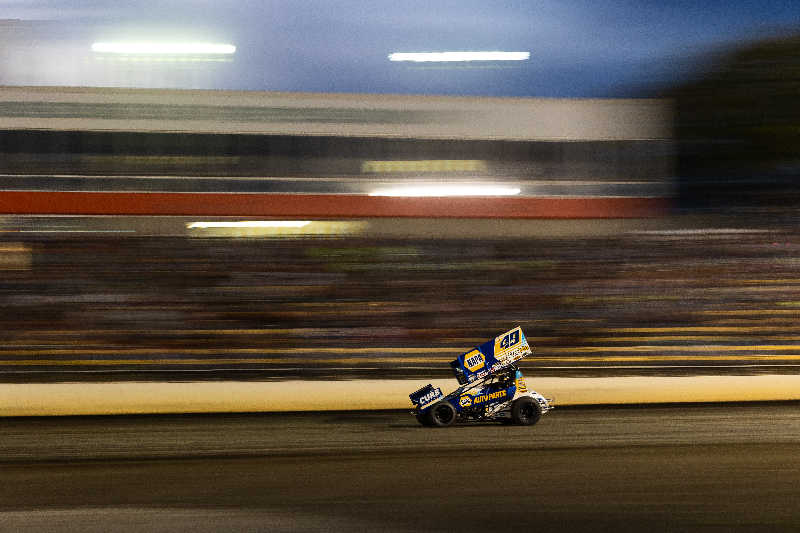 Sweet and the No. 49 NAPA AUTO PARTS team made their way to Lakeside Speedway looking to improve on Friday’s overall result. With 37 cars signed in, Sweet ran 35th in qualifying and laid down a lap time of 13.685 seconds, placing him fourth overall. The qualifying effort put the No. 49 on the pole of Heat Race 4. Sweet immediately took off when the heat race went green, claiming the early lead. When the checkered flag dropped, Sweet had a more than half-lap lead on the second spot, earning the heat race win and punching his ticket to the Fast Pass Dash. 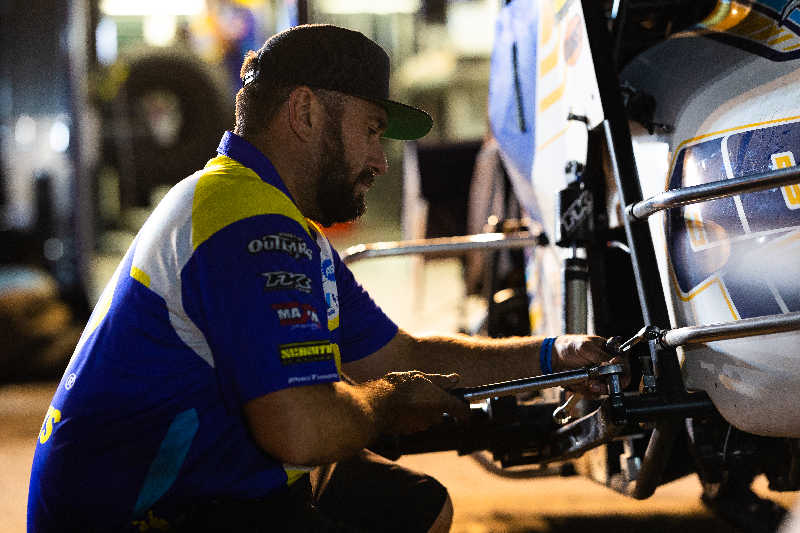 “We’ve had good race cars, and it’s a racy track, so that always helps,” Sweet said, drawing the #8 pill for the dash. “I knew I was in trouble when the #1, #3, and #4 were gone in the first three pills, so I knew I was probably going to draw the back half.” 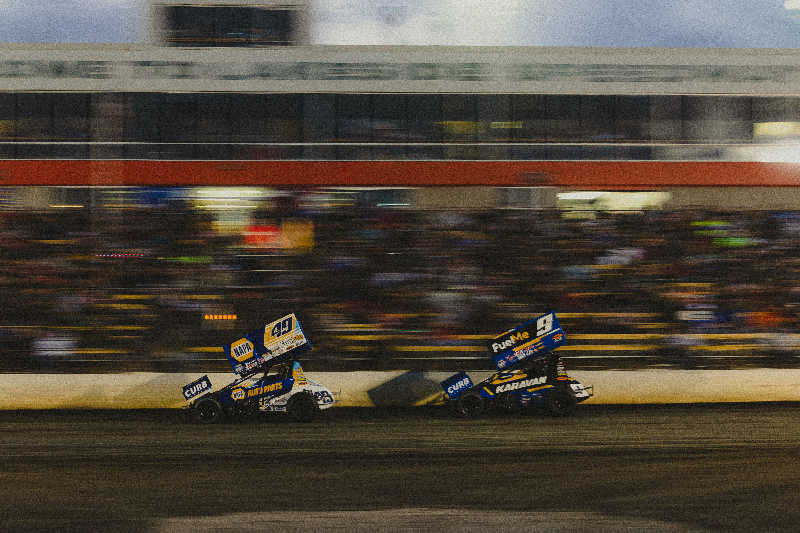 When the dash went green, Sweet ran through the middle on both corners, passing three cars. Holding the fifth position, he began to close on the fourth-place runner when the checkered flag dropped. Sweet was slated to start fifth in the A-main after a fifth-place finish in the dash. 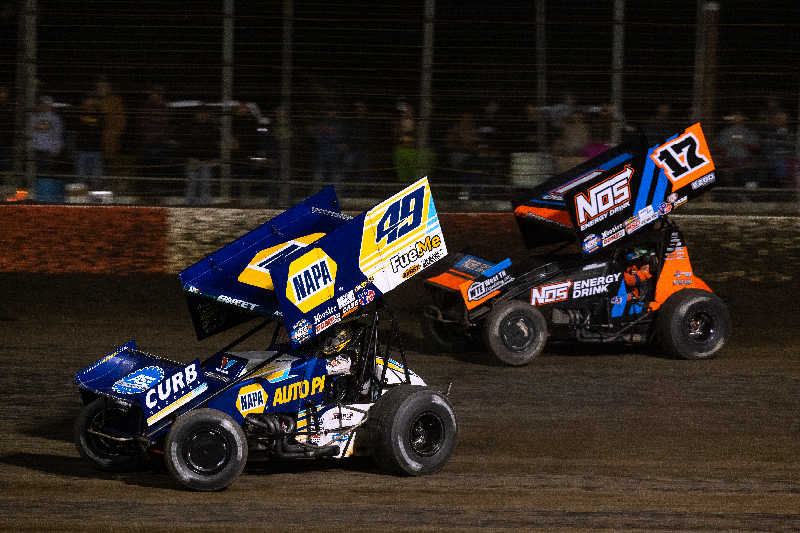 With competitors lined up side-by-side in pairs, the caution lights went out at Lakeside Speedway, and the green flag dropped for 30 laps of racing. On a tough start, Sweet was shuffled back to sixth. After 11 laps, Sweet passed for the fifth spot, then picked up fourth with nine laps to go. Closing on third-place runner David Gravel, Sweet made the pass for third as a caution was displayed. The No. 49 was consequently placed back in fourth for the restart. The Big Cat held that spot for the remaining seven laps to finish fourth. 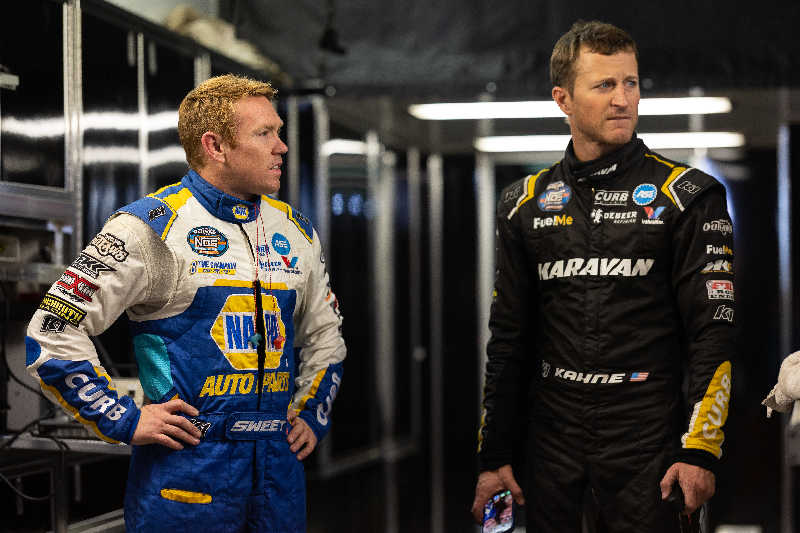 Sweet leaves Lakeside with the championship points lead, 54 points ahead of second. Next up for the NAPA No. 49 team is the make-up date for the National Open at Williams Grove Speedway on Saturday, Oct. 22, followed by the World Finals in Charlotte to end the 2022 World of Outlaws season.