Bill McAnally Racing drivers Hailie Deegan and Derek Kraus had a packed crowd of fans on their feet at All American Speedway on Saturday, as they battled their way through the field to contend for the win in the closing laps of the NASCAR K&N Pro Series West NAPA AUTO PARTS / ENEOS 150.

Deegan came away with a second-place finish in her No. 19 Monster Energy/NAPA Power Premium Plus Toyota Camry, while Kraus finished fourth in his No. 16 NAPA AUTO PARTS Toyota Camry, maintaining his series points lead.

Deegan, who turned in the fastest lap in time trials to secure her third pole of the year, was running second to Kraus on Lap 28 when she spun after contact from behind. Without a caution, she scrambled to get back underway and begin her charge back to the front. 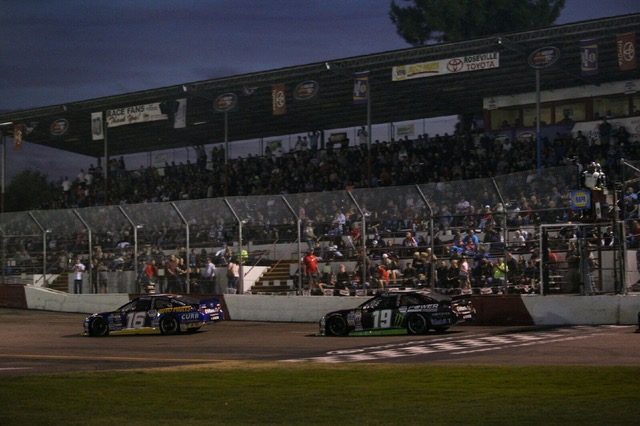 Kraus had to pit with a flat right rear tire after contact with a slower car on Lap 53. He lost a lap in the process and was not able to get back on the lead lap until a late-race caution.

Their BMR teammate, Brittney Zamora, charged her No. 99 ENEOS / NAPA Filters Toyota Camry up to second place early in the race and remained there through much of the event. Some tight shuffling in a late-race caution left her to finish sixth, however. 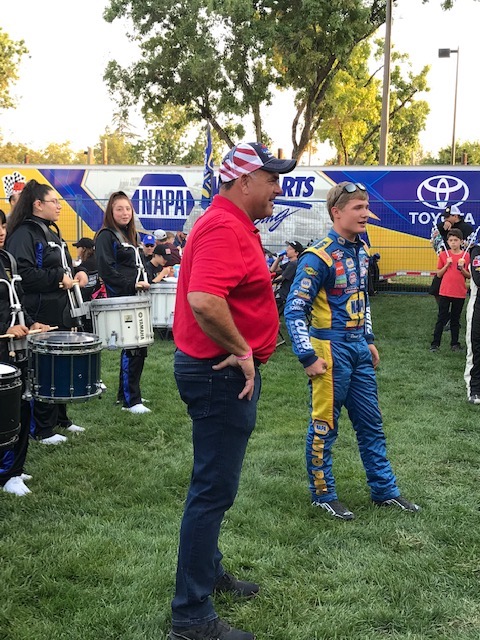 Kraus of Stratford, Wisconsin, was able to maintain his 40-point lead in the championship standings, with two races remaining on the schedule. He has four wins, nine top-five, and 11 top-ten finishes in 12 series starts this season. In addition, he scored two wins early this year in the NASCAR K&N Pro Series East.

Deegan of Temecula, California, is fourth in the standings. She is three points out of third, four points from second and 44 points out of the lead. She has two wins, six top-five and nine top-ten finishes in 12 starts this year.

Zamora – a 20-year-old from Kennewick, Washington – is tied in points for fifth in the standings and is second in rookie points. She has five top-five and eight top-ten finishes in her 12 series starts. 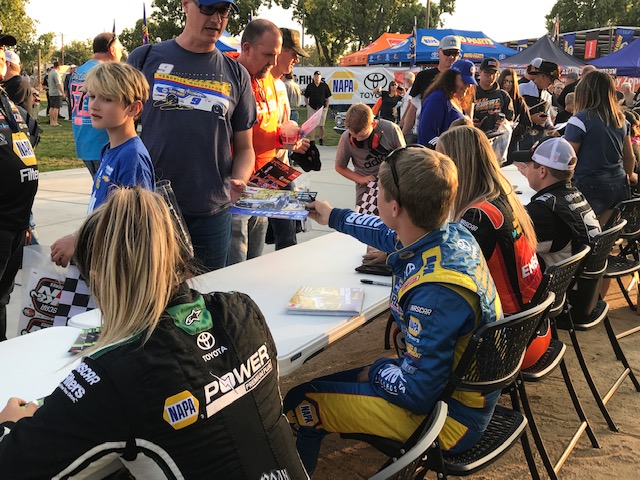 The Roseville race, won by Jagger Jones, will be televised to a national audience on NBCSN on Oct. 17 at 3 p.m.

The next event on the K&N West schedule will be at Kern County Raceway Park near Bakersfield, California on Oct. 26.

Next Race: K&N Pro Series West at Kern County Raceway Park on Oct. 26
How to Watch or Listen: fanschoice.tv

NAPA Know How Blog Deegan, Kraus Battle Back for Top-Five Finishes at All American Speedway