Brad Sweet extended his points lead over Donny Schatz after earning his 61st top-five finish of the season on Sunday at Tri-State Speedway.

With just eight races remaining heading into the weekend, every position and every point are critical in Brad Sweet’s quest for his first ever NOS Energy Drink World of Outlaws Sprint Car Series Championship. Friday’s scheduled race at Terre Haute Action Track in Terre Haute, Ind., was cancelled due to weather.

On Sunday the series visited the ¼-mile bullring of Tri-State Speedway in Haubstadt, Ind. 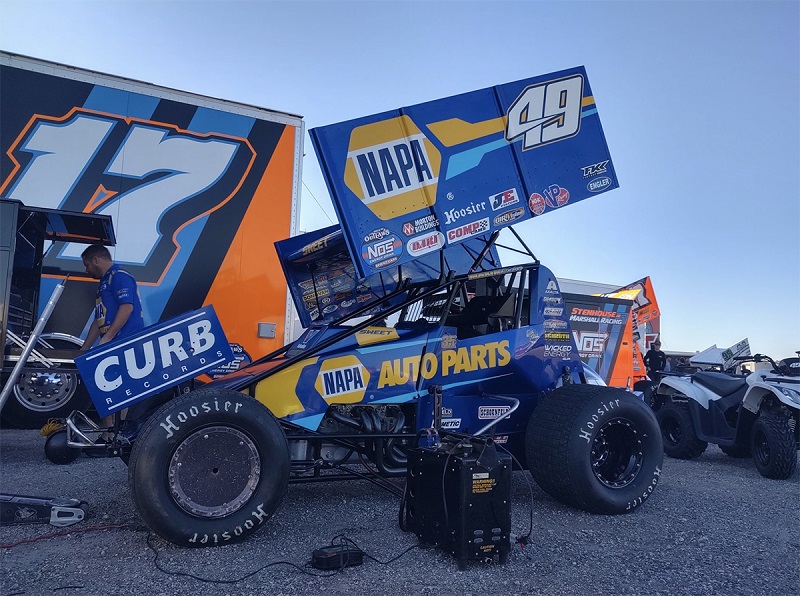 With 28 cars in attendance, the qualifying format was the series’ standard, which is a one “flight” format with a single qualifying session. Sweet and the No. 49 team put down the sixth-fastest lap, giving the team the outside of the front row starting position for the third heat.

Sweet jumped out to an early lead and went on to win his ten-lap heat, which earned him a starting spot in the DIRTVision Fast Past Dash. Mirroring his heat race; Sweet once again started second in the dash and jumped out to the lead on the start. The Grass Valley, Calif., native went on to win the eight-lap sprint, earning the No. 49 NAPA AUTO PARTS team the pole position for the 40-lap feature. 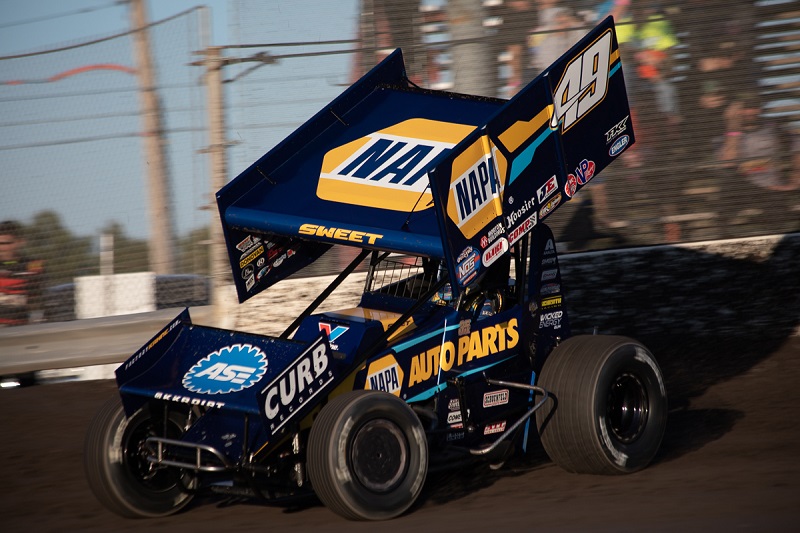 Starting on the inside of the front row, Sweet led the field into turn one at the start of the feature. Just one lap into the race, championship competitor Donny Schatz was hit from behind and spun, causing a three-car crash in turn four.

As they say in racing, “cautions bring cautions,” and this old saying rang true as four more cautions flags fell before the tenth lap of the event was completed. With each restart Sweet was able to power ahead and hold on to the lead in the No. 49 machine. 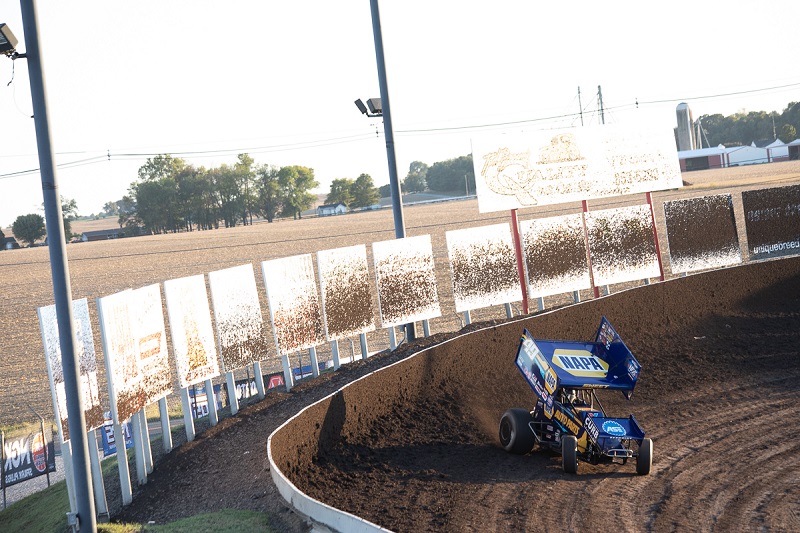 Once the field stayed green, NASCAR star Christopher Bell gave chase to Sweet and, by lap 17, the two drivers were in a side-by-side battle for the lead.

Bell, running the high lane in turns 3-4 while Sweet worked the bottom, was able to narrowly slip by Sweet to take the lead. Not giving up, Sweet attacked the low lane going into the next turn; however, Bell was able to hold him off down the back stretch. 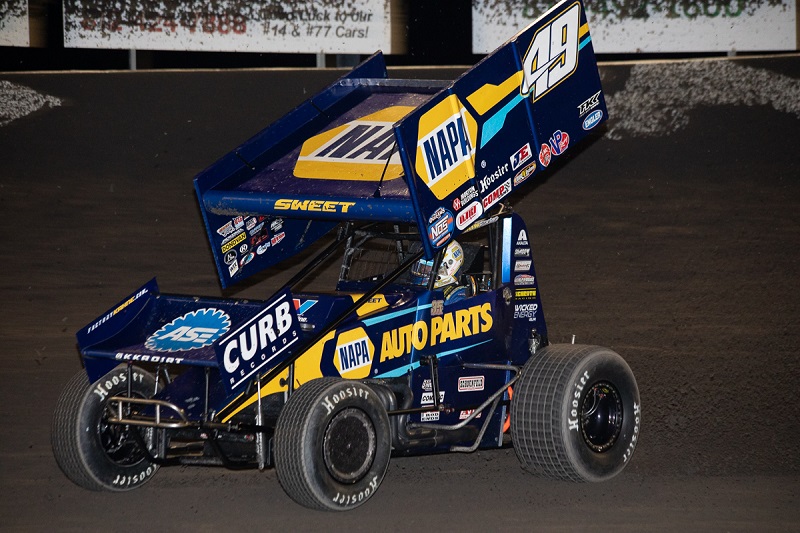 As the remainder of the race stayed green, the handling on Sweet’s No. 49 car began to fade. Challenges for position from Sheldon Haudenschild, Kerry Madsen and Ian Madsen moved Sweet back to the fifth position by the checkered flag on lap 40.

The finish was Sweet’s series-leading 61st top-five finish of 2019 and increased his points lead to 30 over Donny Schatz, with six races remaining in 2019.

The Outlaws return to action on Friday, October 18th at Lakeside Speedway in Kansas City, Mo.