“NAPA has a very large military family, including our employees and our customers who have served or are actively serving in the armed forces,” said NAPA President Dan Askey. “One of our top priorities is ensuring this family has the support it deserves.”

That’s why NAPA has been a major contributor to the Intrepid Fallen Heroes Fund (IFHF) since 2012, raising more than $11.5 million in support of this organization with the help of its customers, friends, and supporters. One hundred percent of donations to the Intrepid Fallen Heroes Fund go directly to its programs. IFHF’s Board of Directors underwrites all administrative costs and no portion of contributions is deducted. 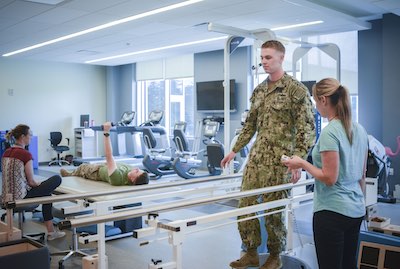 This not-for-profit organization has provided more than $200 million in support of America’s military community in its nearly 20-year history, especially those experiencing the invisible wounds of war such as traumatic brain Injury (TBI) and post-traumatic stress (PTS).

Sergeant Major Robert Haemmerle who was treated at Intrepid Spirit Ft. Belvoir said, “I can’t imagine where I would be if I hadn’t gotten this care.” Before he received treatment at the Intrepid Spirit Center he explained, “I was isolating myself. I startled easily and was afraid to go out into crowds. But I felt safe there. All my care, all my providers were under one roof. I felt secure with them and as a result I was able to get the care I needed.”

A Multidisciplinary Approach to Brain Trauma

About 12 years ago, the IFHF asked a team of military and civilian brain specialists including David Hovda, Ph.D., director of the UCLA Brain Injury Research Center, to develop a new standard of care for brain afflictions. According to Hovda, “Our treatment protocols were unlike any that a traditional military or civilian program would have produced. Using the most advanced findings of the brain’s functioning and self-healing capacities, we developed an unprecedented-in-its-scope multidisciplinary approach to brain trauma. 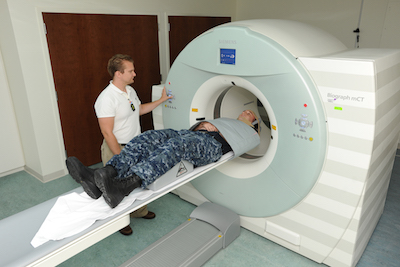 “Every technique that had promise in stimulating the brain to heal itself was incorporated. These ranged from advanced neuroimaging and virtual reality simulation to acupuncture and art therapy. We designed the system to be dynamic, taking advantage of developments in brain science as they emerged and linking treatment and response data in a continuous-improvement feedback loop.”

Today, returning military personnel suffering from TBI and PTS are benefiting from this treatment model at the IFHF National Intrepid Center of Excellence (NICoE) at Walter Reed National Military Medical Center in Bethesda, Maryland, and at the seven IFHF Intrepid Spirit Centers currently in operation. A caregiving team with expertise ranging from neuroplasticity of the brain to spiritual counseling meets jointly with each newly admitted patient. Together they work to evaluate, diagnose and treat the patient with a unified plan.

“It Absolutely Changed My Life”

“Through science and collaboration, these facilities are achieving previously unimaginable recovery rates from a once all-but-untreatable condition,” said Hovda. Staff Sergeant Spencer Milo credits the care he received for saving his life. “Twenty-two veterans a day commit suicide,” he said. “I’m not one of them. And there’s a reason for that. It’s because of the treatment I received at these centers. It absolutely changed my life.”

Each Intrepid Spirit Center is approximately 25,000 square feet and costs about $14 million to build and equip. Upon completion, the Centers are gifted to the Department of Defense for staffing and operations.

IFHF President David Winters said, “Speaking on behalf of all the soldiers, veterans, and families that will be returned to the life they want and deserve, the Intrepid Fallen Heroes Fund expresses its profound gratitude to NAPA and all the employees and friends who so generously contribute to building and equipping the Intrepid Spirit Centers.”

Milo added, “The IFHF is helping to increase the quality of life for so many veterans. From the bottom of my heart, thank you.”

Learn more about how IFHF is helping wounded vets and returning soldiers at fallenheroesfund.org.