Your eyes are feeling heavy as the road ahead slips into nothingness. Within moments, you’re crossing the divide between wakefulness and sleep, and that’s a terrible place to be when controlling a moving car. But just before any deadly consequences occur, your car alerts you to the danger, allowing you to safely exit the road to seek some rest. Thanks to your car’s drowsy driver detection system, you aren’t numbered among the grim traffic statistics.

If you’re feeling drowsy while driving, you may already be falling asleep. This phenomenon is known as microsleep, which refers to brief moments of unconsciousness, lasting from a millisecond up to 15 seconds.

What’s especially odd and troubling about microsleep is that your eyes may be open. And yet, you’re losing consciousness just long enough to perhaps miss that bend in the road or the traffic light turning red ahead of you.

In an effort to reduce these kinds of crashes, which took 803 lives in 2016, automakers are developing drowsiness detection systems that monitor a vehicle’s movement. This technology assesses details such as steering wheel angle and lane departure, and combines them with information about the road condition and length of time spent driving. All of this data helps determine the driver’s fatigue level. 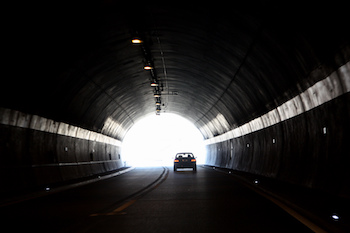 When fatigue is detected by cars equipped with this technology, drivers are usually alerted by a chime and the presentation of a coffee cup symbol on the instrument panel. We’re not yet at the stage where the vehicle will take over the moment the driver stops paying attention, but future autonomous systems may do just that.

Manufacturers are also working on a middle ground between the coffee cup alerts and full autonomous intervention. According to The New York Times, U.K.-based Plessey is one of the companies at the forefront of developing a new driver alertness monitoring system, which it intends to supply to automakers.

The company’s WARDEN system uses sensing technology to monitor heart rate without touching the driver’s skin. It measures the necessary physical signals to provide an early warning of drowsiness or of a potential health issue, such as a heart attack. Currently, the system involves pads with sensors that are placed in the seat. Embedding sensors seamlessly would make the technology highly useful for automotive manufacturers.

Bosch, a leading engineering and technology company, is also working on a drowsy driver detection system. Its version uses a camera to track head and eye movement, along with body temperature, heart rate and posture. The system could work in vehicles with limited autonomous driving capabilities. In this case, the car may be programmed to perform an emergency stop or safely move to the side of the road if the driver begins to nod off.

Of course, the alert driver shouldn’t have an issue with fatigue, especially if they aren’t experiencing a sleep deficit. Even so, long drives without sufficient breaks can cause even the most rested driver to experience fatigue. In this case, take the time to refuel the car and body alike.

Check out all the vision and safety products available on NAPA Online or trust one of our 17,000 NAPA AutoCare locations for routine maintenance and repairs. For more information on drowsy driver detection systems, chat with a knowledgeable expert at your local NAPA AUTO PARTS store.