Chase Elliott claimed his second career NASCAR Cup Series victory with a win in Sunday’s race at Dover International Speedway. The win also solidifies the NAPA team’s place in the NASCAR Cup Series playoffs Round of 8. 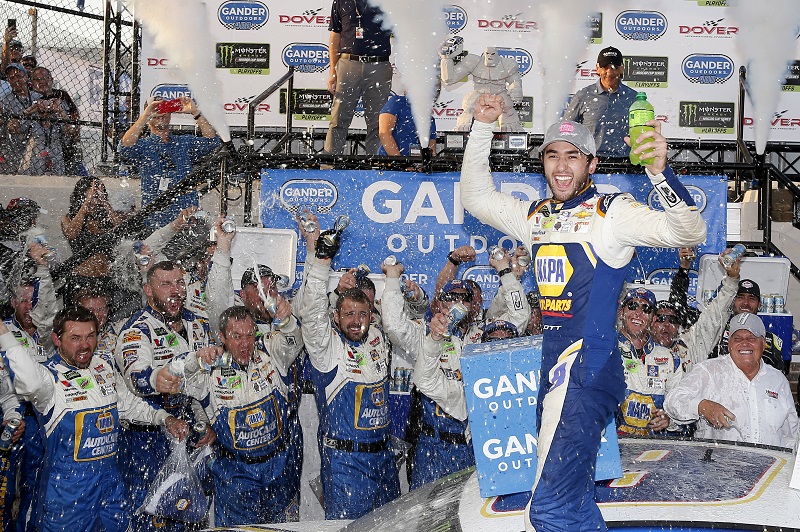 Elliott and the No. 9 NAPA AUTO PARTS team started Sunday’s event at Dover from the ninth position. Elliott raced inside the top 10 for most of the opening segment. Within the first 25 laps, he gained two positions to move into seventh. Elliott continued that momentum as he made his way into the top five, running fourth by Lap 90. He finished the first 120-lap segment in fifth. 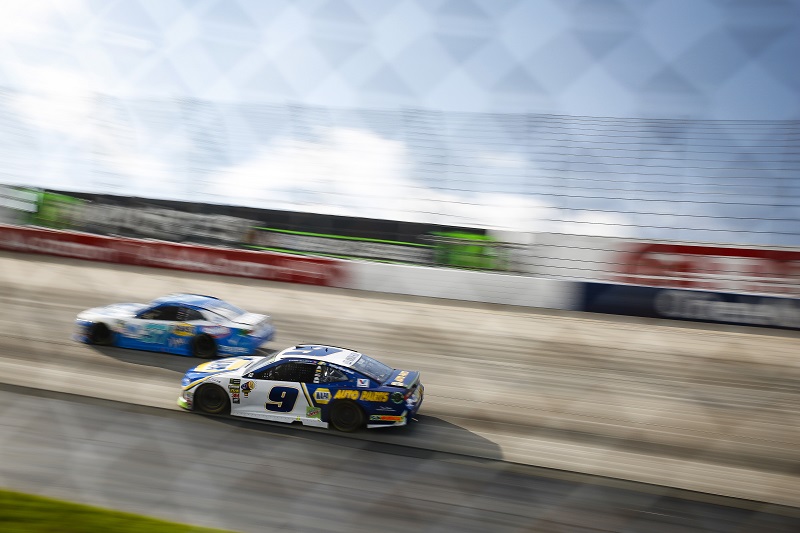 During the stage break, the No. 9 team was penalized for an uncontrolled tire violation on pit road, which resulted in Elliott restarting 15th at the beginning of Stage 2. Throughout the second stage, Elliott steadily gained back positions. By Lap 211, he was back up to 11th. He picked up another two positions in the closing laps of the stage to take the second green-checkered flag ninth at Lap 240.

Between stages, the No. 9 driver visited pit road for four fresh tires and fuel. After lining up 11th for the ensuing restart, Elliott picked up two positions quickly and was running ninth by Lap 264. Elliott was scored eighth when the caution flag waved with 65 laps to go. Quick work by the NAPA team on pit road picked up two spots to vault Elliott to sixth for the restart. 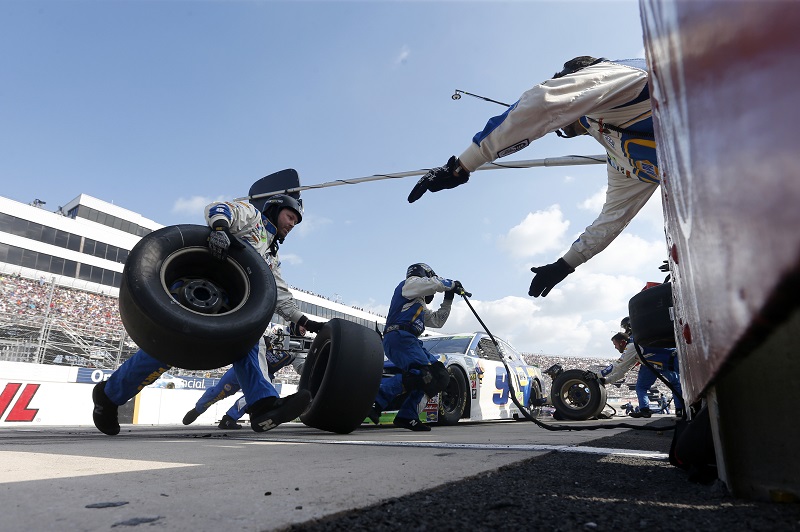 With less than 50 laps to go, Elliott worked his way into the top five and was up to fourth by Lap 357. The Dawsonville, Georgia, native continued his ascent up the leaderboard as he moved into third with just 15 laps remaining.

When a late-race caution was shown with less than 10 laps to go, Elliott became the leader when crew chief Alan Gustafson made a gutsy strategy call to not pit while many other leaders came to pit road for fresh tires. 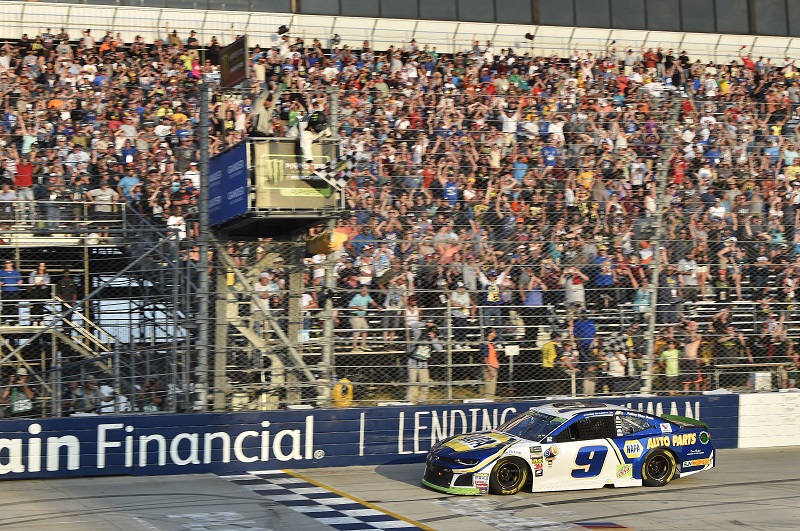 When the green flag waved with three laps to go, Elliott maintained his lead and began pulling away when yet another caution was displayed, which brought out a red flag and sent the race into overtime.

Elliott led the field to the overtime restart and grabbed the lead as the field raced through turns one and two. Despite not having fresh tires, Elliott’s NAPA AUTO PARTS Chevrolet Camaro ZL1 proved to be too strong for the field to overcome as he raced to his second career NASCAR Cup Series victory. 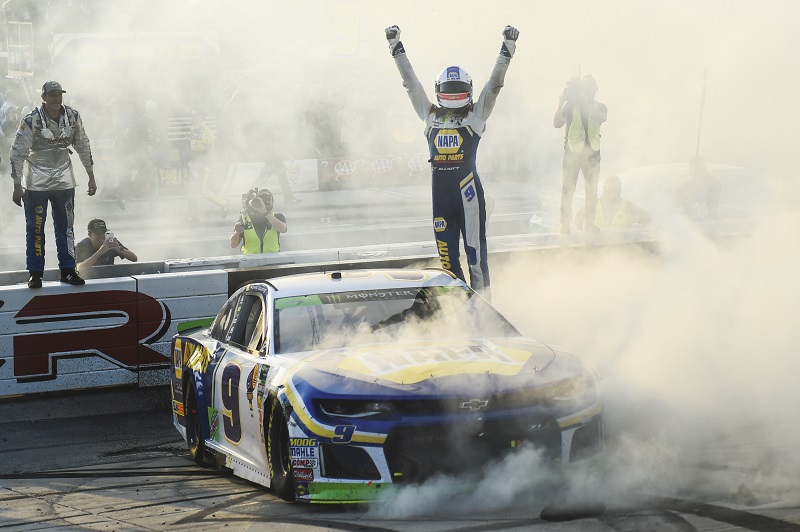 With the win, Elliott and the NAPA team secured their spot in the NASCAR Cup Series playoffs Round of 8 beginning in three weeks at Martinsville Speedway (Oct. 28). 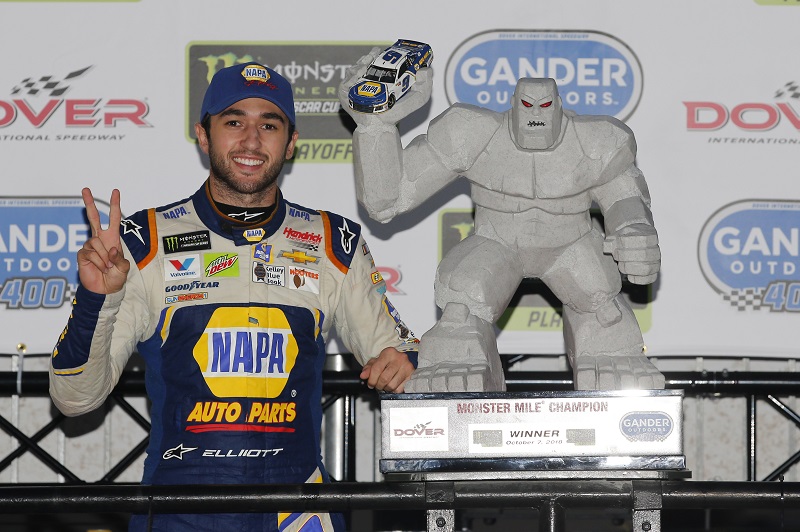