After a disappointing qualifying result had the No. 27 rolling off in 11th, Alexander Rossi steadily charged through the field before early-race contact put the 27-team two laps down for the remainder of the race.

Round 2 of NTT INDYCAR SERIES competition took place this weekend on the Streets of St. Petersburg, Florida, as the 24-car field took the green flag for the Firestone Grand Prix Sunday afternoon.

After debuting the iconic blue and yellow NAPA AUTO PARTS livery at the season opener at Barber Motorsports Park, Rossi’s No. 27 machine took on the pink and grey #DrivePink scheme of AutoNation for his sixth start on the Streets of St. Pete. 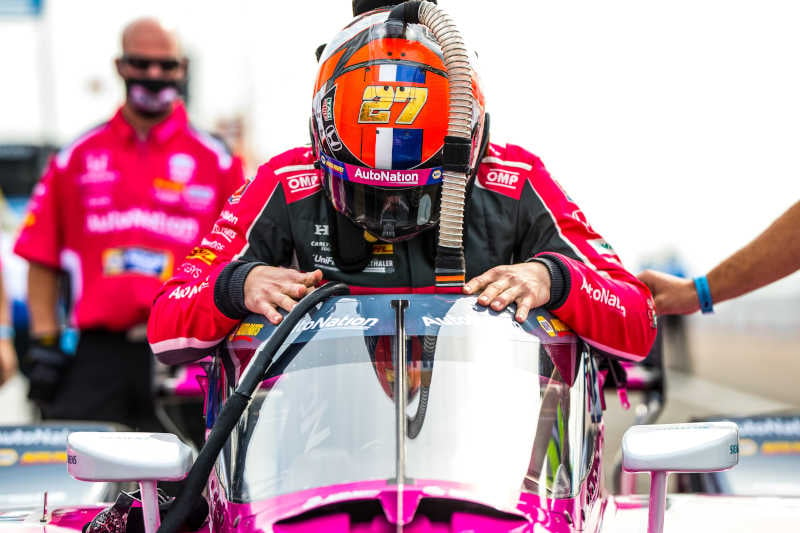 Rossi headed into qualifying second quickest overall in combined practice sessions for the weekend with hopes of grabbing his first pole position at the Florida event, but after topping the charts in the first group and making it through to the top-12 the No. 27 machine struggled with tire issues and unfortunately did not advance into the final round of qualifying. Rossi would ultimately take Sunday’s green flag in 11th.

“We led all of our sessions in qualifying and we were never out of the top four in practice,” said Rossi. “We put on a set of red tires for round 2 in qualifying and gained no time over the blacks. This isn’t a first-time occurrence, which is unfortunate, but something that is out of our control.

The AutoNation / NAPA team felt confident with the 27-car’s speed right out of the gate as Rossi steadily made his charge to the front. He was called in for the team’s first pit stop on Lap 37 and after exiting the pits on cold tires, there was contact between the 27-car and Graham Rahal. The unfortunate racing incident forced Rossi back into the pits for a front wing change ultimately putting him down two laps for the remainder of the race. The AutoNation / NAPA team would take the checkered in 21st after what started as a promising day took a turn after only one pit stop. 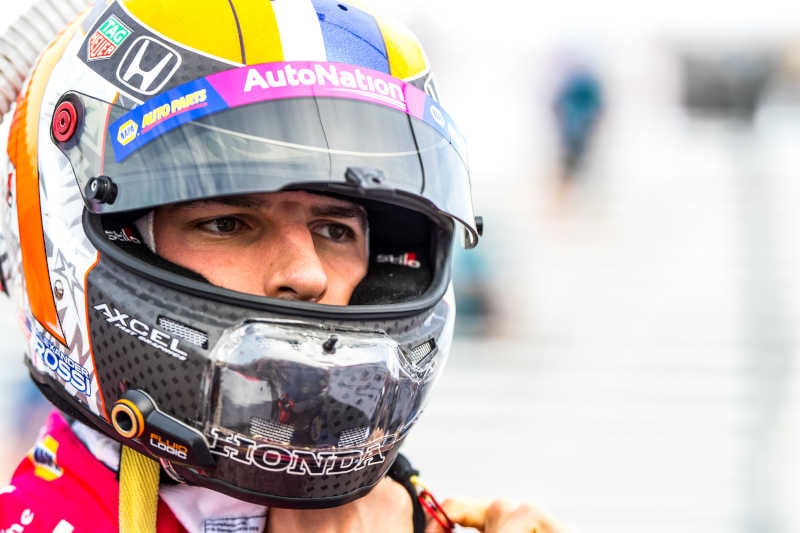 “It was a disappointing day. I think we had a top-five car that could have been on the podium. It was just a racing deal in Turn 4 with Graham (Rahal). Obviously, it was close, and we got a tire puncture because of it which caused us to go into the wall in Turn 5. It’s unfortunate that it hurt both of us. Our AutoNation / NAPA AUTO PARTS Honda was really good, and I definitely think we deserved to be up there, but it wasn’t meant to be. Congrats to (teammate) Colton (Herta) on the win. We’ll go on to Texas next week.”

The NTT INDYCAR SERIES now heads straight to Texas Motor Speedway for the final race of three-in-a-row race weekends to open the 2021 season. The Texas doubleheader kicks off Saturday, May 1, with the Genesys 300.

Next Race: May 1-2 at Texas Motor Speedway
How to Watch or Listen: NBC Sports Network, PeacockTV and INDYCAR RADIO Sirius 205