Capps, the reigning NHRA Funny Car world champion, started the final day of the 17th annual NHRA Nationals at The Strip at Las Vegas Motor Speedway with a 25-point lead over Robert Hight of John Force Racing but lost in the opening round to John Force after both drivers lost traction early. Unfortunately, Capps didn’t have a second opportunity after his car backfired and shut off. 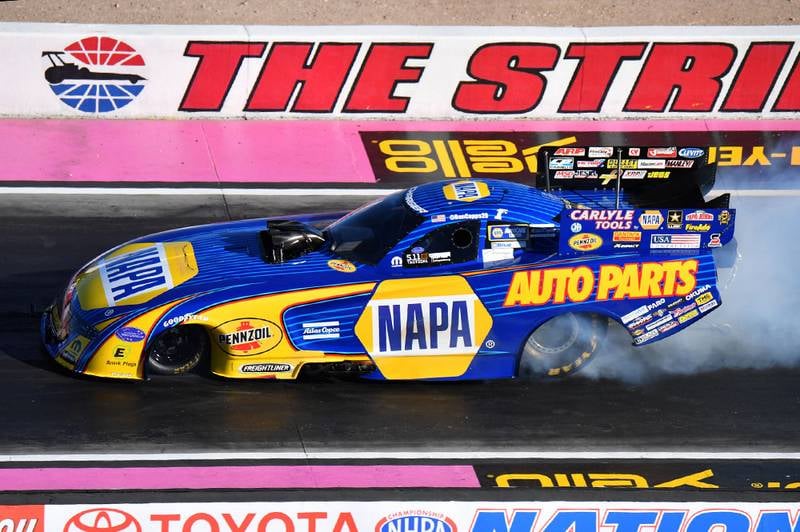 A win over Force would have advanced Capps to face John Force Racing’s Robert Hight in the second round and a win in that race would have given Capps a more substantial lead going to the NHRA Finals in two weeks at Pomona, Calif. 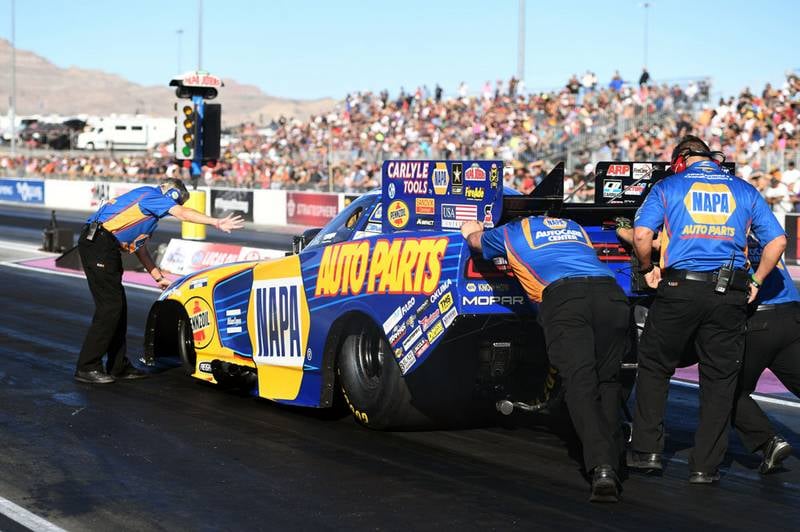 Force, who was nearly out of contention for the championship, had a poor reaction time at the start against Hight then lost traction and headed toward the guardwall allowing Hight to advance to the next round. In the semifinals, Hight faced Courtney Force, another teammate, who beat Hight as his car smoked the tires.

Capps will trail Hight by only 15 points at Pomona where points are increased by 150 percent for the last event of the Countdown to the Championship playoff. At 22 of the first 23 Mello Yello events, like at Las Vegas, the most a driver could earn was 130 points but it increases to 190 at Pomona. 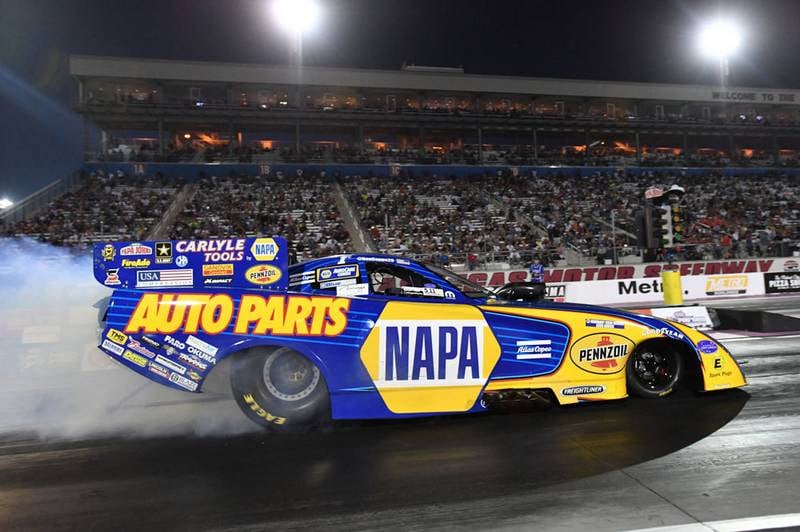 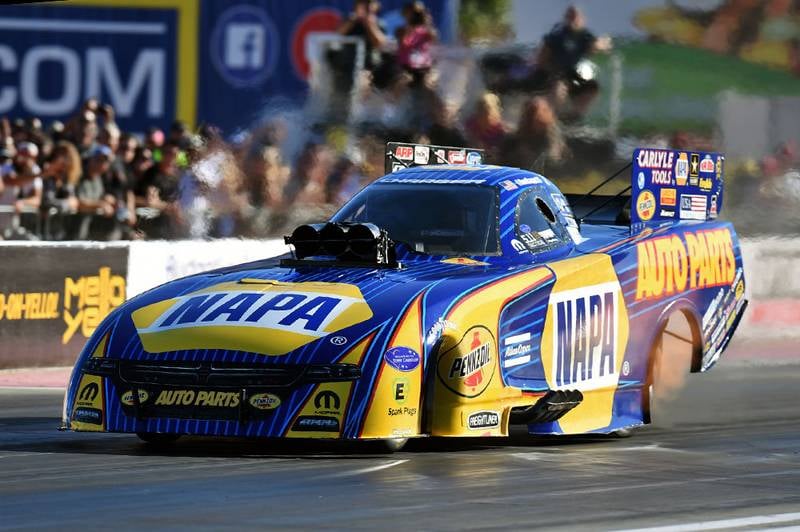